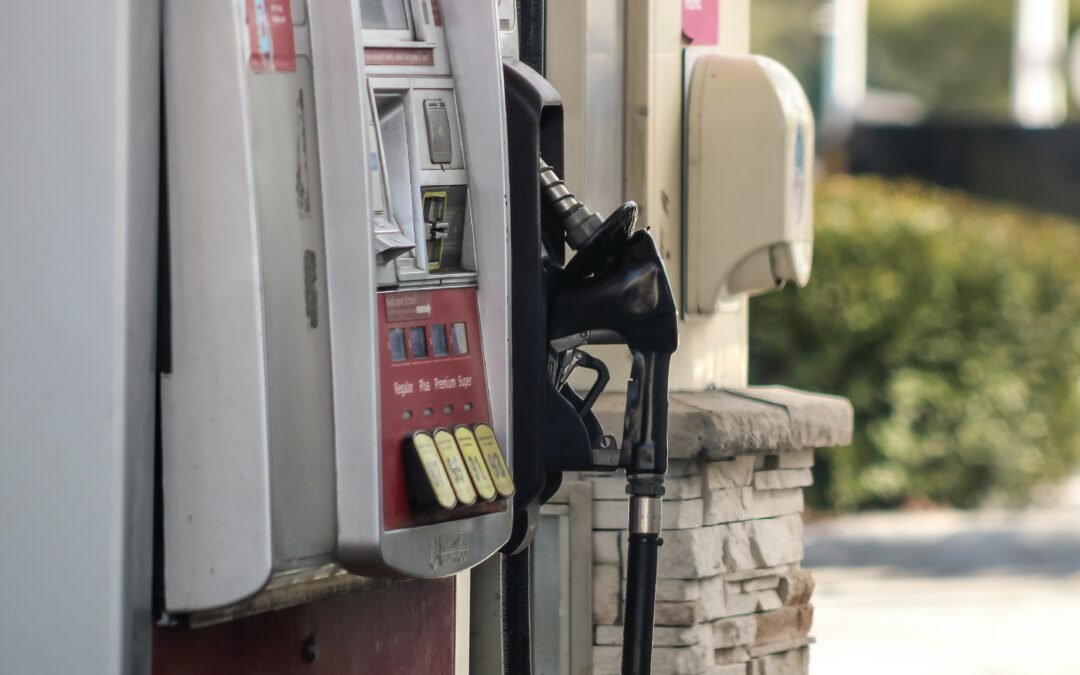 India is scaling its use of Ethanol blended fuels to meet growing energy demand. India has set targets to achieve 20% Ethanol blending in petrol (E20) by 2025-26, up from 8.1%. This goal is supported by comprehensive government policies affecting agriculture-based industries, the automotive industry, Oil Marketing Companies, and consumers. The National Policy on Biofuels and the Ethanol Blended Petrol Program provides a roadmap for achieving these targets. Predictions indicate synchronicity in increased Ethanol blending and electric vehicle adoption in the country. The energy transition aims to reduce India’s reliance on expensive imports of fossil fuels and combat vehicular pollution. Critical challenges exist in infrastructure development, coordination amongst different industries, food versus fuel dilemma, and creating an enabling regulatory ecosystem. This blog post is a snapshot of India’s developing energy transition and its key players.

We are facing a significant shift in the energy sector worldwide because of changing geopolitical dynamics, global Net Zero commitments, decreasing prices of renewable alternatives, and rapid innovation in energy technology. Weare at the beginning of an energy transition fueled by technological innovation, enabling energy policy and governance, and access to energy finance. For India, energy transition is motivated by concerns to decrease dependency on expensive imports of fossil fuels and provide energy access to hundreds of millions of households. At the recent COP26,India committed to meeting 50% of its energy requirements through renewable energy though missing the Net Zero target by 2050. Amidst these developments, biofuel Ethanol is emerging as an integral part of India’s energy transition story.

India must address the needs of a growing and young population — infrastructure development, addressing the increased mobility needs, and extending access to electricity beyond its major cities. As more small and medium tier cities are connected to big economic hubs through express roadways, India faces a growing energy demand. India is greatly dependent on petrol imports, with figures for2020-21 hitting at 185 Mt at the cost of US $551 billion. Most of the petroleum products are used in transportation.About 70% of diesel is used as a transportation fuel, and 30% of diesel is used in agriculture and industry. In contrast, theentirety of gasoline consumption is by passenger transportation such as two-wheelers and passenger cars.

India isexpanding its domestic petroleum production to wean off its reliance on transportation oil by awarding new exploration acreage, expediting production from new development acreages, and production maximization from existing production acreages.Coal is also projected to meet approximately 42% of India’s new energy demand, increasing by 493 mega tones (Mtoe) by 2040 through increased domestic production. As a result, India’s total net CO2 emissions would roughly double to 5 Gigaton by 2040, and India’s share of global emissions wouldincrease from 7% in 2017 to 14% by 2040. This is a far cry from a worldwide call to limit the use of fossil fuels due to their negative impact on climate change.

Solutions to meet a booming energy demand must be balanced with reducing the dependence on fossil fuels and emission of Green House Gases (GHGs).A longstanding proposal seeks to expand the use of Ethanol, a biofuel manufactured from sugar and grains. Ethanol as an alternative fuel is easier to produce, store, transport, and utilize in internal combustion engines. Ethanolalso enables a reduction in GHGs and is environmentally sustainable relative to fossil fuels. Increasing the use of Ethanol as a fuel will significantly reduce emissions in the transportation sector, which sees the highest consumption of gasoline and diesel.

Globally, Brazil and United States (US) are leaders in Ethanol production, application, and consumption,contributing 92 billion liters or 84% of the global share. BothUS and Brazil are also the largest exporters of Ethanol, with India standing third. Brazil is the world’s largest producer of Ethanol, using its sugar supplies to produce Ethanol.Brazil’s Ethanol content is expected to be in the range of 18% to 27%. Unlike sugar and grains in India, Ethanol is primarily produced from corn in the US. In the US, E10 or 10% Ethanol blending is permitted with proposals to introduce E15 or 15% Ethanol blending. The European Union (EU), China, India, Canada, and Thailand are also part of the mix, developing new technologies to increase the use of Ethanol as a fuel.

India’s potential to increase Ethanol production and application rests on its agriculture-based economy combined with technological innovation. Historically, India has been an importer ofbioethanol since 2003, primarily to meet shortfalls in demand due to low sugar production (as seen in 2009 and 2010). Now India seeks to position itself as an essential player in the production, consumption, and even export of Ethanol as a biofuel.

Ramping up the production of Ethanol and applying 20% Ethanol blending in petrol (E20) to transportation needs is an immediate challenge. The government has rolled out multiple policies to achieve industry-wide coordination to adopt E20 by 2025-26. Historically, India’s biofuel programs have experienced setbacks, primarily because of supply shortages and global concerns over food security. In addition, Oil Marketing Companies (OMCs) in India have not accepted offers to tenders for required quantities of Ethanol due to various constraints such as state-specific regulations and political dynamics, supplier-related issues, and Ethanol pricing challenges.

A crucial initiative is the government’s 2018 National Policy on Biofuels (NPB–2018), which implements the Ethanol Blended Petrol (EBP) Program. The NPB-2018 proposes a target forachieving 20% Ethanol blending in petrol (E20) by 2025-26 and 5% blending of biodiesel in diesel by 2030.NPB-2018 also aims to increase Ethanol production from sugarcane juice, sugar-containing materials like sugar beet, sweet sorghum, starch-containing corn, cassava, and damaged food grains like wheat and broken rice. There is a push toutilize surplus stocks with the Food Corporation of India to prevent the diversion of food grains from human consumption, which is a legitimate concern.

The EBP also has the potential to help the sugar industry avert a deepening crisis related to excess sugar production in the face of low domestic consumption, resulting in unpaid dues to cane farmers. Over the past few years, sugar mills and distilleries have generated significant revenue from the sale of Ethanol to OMCs withRs. 8,079 crores in 2018-19, Rs. 7,823 crores in 2019-20, and Rs. 13,598 crores in 2020-21. Policies to increase Ethanol blending in fuels and consequently Ethanol demand from sugarcane should increase the earnings of sugarcane farmers. Sugarcane Ethanol can, thus, help resolve a longstanding socio-economic issue.

Further, ethanol production from sugar relies on a sustainable form of electricity.Sugar mills in India are powered by cogeneration based on bagasse, a byproduct of sugar production, as a fuel. Bagasse is burnt in boilers to produce steam for power generation. Excess electricity is also made available for sale to the grid. As of March 2015,India has a total installed capacity of 4418.45 (MW) of Bagasse based cogeneration power.

The government’s E20 blending target is ambitious and requires significant infrastructure haul, access to finance, and increased coordinated efforts of distilleries, the automotive sector, and petrol retailers to reach the NPB-2018 goals for E20 blending. To provide context, theaverage Ethanol blending percentage in petrol for 2020-21 was 8.1% and forblending of biodiesel in diesel is less than 0.1%. Further, NITI Aayog’s Expert committee has estimated an Ethanoldemand of 1016 crore liters by 2025 based on expected growth in vehicle population. As of November 2021, the country’s alcohol and Ethanol distillation capacity is around787 crore liters per annum (withmolasses-based distilleries accounting for 73.57% of the production and grain-based distilleries accounting for 26.43%).

The government’s incentives are directed towards coordinated and timely action by the agricultural sector, sugar and grain distilleries, OMCs, and the automotive industry. Some of the vital policy incentives include:

Around 85% of Ethanol comes from sugarcane, and it will be a few years before India has sufficient grain-based distilleries to manufacture Ethanol. Meanwhile, the sugar industry must support the demand for Ethanol to reach the E20 fuel targets. Besides molasses-based Ethanol from sugarcane, India can tap into sugar beet, sweet sorghum stalk, cassava, and cellulosic feedstocks such as biomass for Ethanol production. Another essential source is surplus residues of sugarcane, rice, and wheat cropsprimarily consumed as fodder.

Agriculture-based raw materials alone are insufficient to meet the projected Ethanol demand of1016 crore liters by 2025. These agriculture-based raw materials also overuse the dwindling water resources.Sugarcane and paddy use 70% of the country’s irrigation water, depleting water availability for various crops.Second Generation (2G) biofuels are also essential to meet the Ethanol demand. 2G biofuel crops such as forest and harvest residues are more efficient than edible crops. The government has also provided fiscal incentives togrow jatropha and other inedible oilseeds for use in 2G bio-fuel production. However, there has been little progress in creating large jatropha plantations,mainly due to small landholdings and ownership issues with government-owned land.

Industry-wide coordination is crucial to meet E20 fuel targets. However, in a recent tender,OMCs preferred purchase agreements with few grain-based Ethanol suppliers over sugar mills with large supplies of Ethanol. The 2025 target for E20 could be challenging to achieve if surplus Ethanol produced by sugar mills is not directed towards Ethanol blending. OMCs must also enhance their infrastructure around ethanol storage, handling, blending, and dispensing. In the absence of collective action, it is challenging to create certainty around the Ethanol industry, which is crucial to streamline industrial production and application of E20 fuel.

Developing consumer-end infrastructure is another essential component of the E20 fuel targets. At present,about 50% of total pump nozzles in India supply only E0. Thus, a robust distribution network is also required to ensure E20 is available at petrol stations and tackle scarcity. Recent public-private partnerships asone between IOC (one of the largest energy Public Sector Undertakings in India) and a leading company in Industrial Biotech addresses consumer-end infrastructure opportunities in the biofuel sector by setting up biofuel production facilities and enabling sales, marketing, and distribution of various products produced in these facilities. Similar partnerships between India’s energy PSUs and innovative biotech companies could accelerate the production and adoption of Ethanol fuel.

Another sector that can benefit from alternative fuels such as Ethanol is aviation. The aviation industry’s goal to meet Net Zero emissions by 2050 requires development and access to Sustainable Aviation Fuel (SAF). Currently, theglobal aviation industry produces 2.1% of all human-induced CO2 emissions. Agricultural residues used for Ethanol production can be directed towards SAF production. For the aviation industry, the adoption of biofuel-based SAF requires strategic policies that incentivize the production of SAF. Developing critical infrastructure to convertagriculture residues to SAF, create value supply chains, and deliver the SAF to airports for use in flights is essential to reduce carbon emissions.

India’s success in achieving its E20 targets and positioning itself as an essential player in the global Ethanol market rests on rapid innovation and unprecedented cross-industrial coordination. India also needs global collaboration with governments and companies rapidly developing technology to produce, apply, and consume Ethanol-based fuels. The2021 India-US Task Force on Biofuels co-led by the US Department of Energy and the Indian Ministry of Petroleum and Natural Gas is an appropriate example. It focuses on creating public-private partnerships on biofuels as critical for energy security. The task force aims to facilitate the exchange of state-of-the-art technology alongside encouraging the adoption of business models in the US and Indian markets to accelerate the growth and development of the biofuels sector. Similarly,in November 2021 at Dubai EXPO 2020, India reiterated the importance of transitioning from a fossil-fuels-based economy to an Ethanol-based economy with international cooperation. India has also extended an arm to the Gulf Cooperation Council countries to invest and participate in India’s transition and meet the E20 targets. The changing dynamics worldwide have opened doors for technological innovation in the energy sector. These developments must be viewed as essential opportunities for exchange of knowledge and developing the marketability of Ethanol as a fuel, and eventually to boost the energy transition necessary to meet the needs of the Indian population.

The views and opinions expressed by the author are personal.