A Three-way Critique of Impact of Concession Agreements in the Indian Infrastructure Sector: From a Competition Law, Ports Sector, and GST Perspective 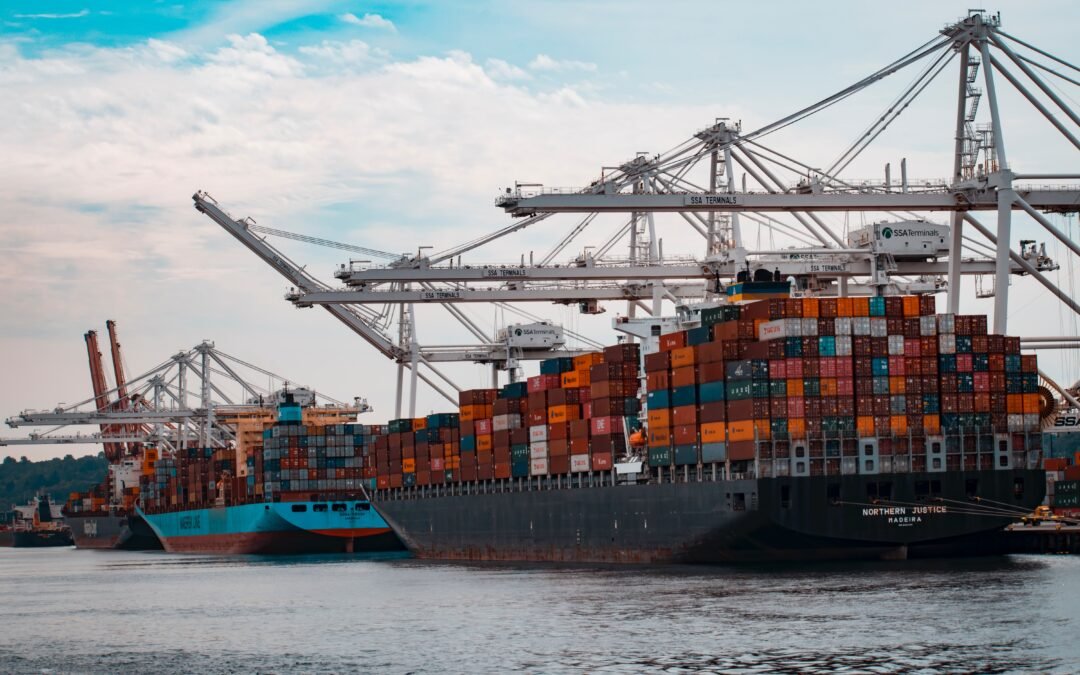 The ports sector has seen multiple investments through the PPP model wherein the major and non-major ports and terminals are bid out and given to private players. A Model Concession Agreement (MCA) for Portswas introduced in 2001 by IDFC. Further, an MCA was developed by the Ministry of Shipping (MoS) wherein Ports projects have been governed under this MCA, which has been subject to various revisions such as the provision of exit clause for promoters, increase and imposition of new taxes and duties, change in royalty payable calculation mechanism, and other relevant revisions to cater to the stakeholders. Some of the issues related to Concession Agreements in the ports sector are as follows:

b. Lack of connectivity road connectivity to the Portsis a major bottleneck faced by the Ports sector, owing to various factors such as the need for awarding of road projects, increasing the workforce in National Highways Authority of India (NHAI) for proper utilization of funds, and other relevant factors.

c. Provide for a revenue-share model rather than a profit-share model because the latterresults in a skewed sharing of returns.

Therefore, from the preceding analysis, it is evident that there are various intersectional and recurring problems concerning Concession Agreements that can significantly and negatively impact the Ports sector.

3. Competition Law Conundrums in Concession Agreements and the Impact on the Infrastructure Sector

a. Exclusive Rights: The intention to grant concessions is to give exclusive rights over a certain real estate or a channel of distribution/supply for the long term. Although CCI has not explicitly dealt with exclusivity and Concession Agreements cases, it is imperative to note that the grant of concessions, i.e., grant of exclusive rights, is not anti-competitive. This grant of exclusive rights becomes anti-competitive if it is done in a manner and under terms unfair to other bidders that lead to their exclusion and competing on merits, thereby raising concerns under Section 3 or 3(4) of the 2002 Act due to its Appreciable Adverse Effect on Competition (AAEC). And to be able to assess whether a concession agreement causes AAEC, Section 19(3) of the 2002 Act has laid down various general factors that can be applied while granting Concession Agreements as follows —

i. Section 19(3)(a) – The Concession Agreement should not create barriers to new entrants in the infrastructure market.

ii. Section 19(3)(b) – The Concession Agreement should not drive existing competitors out of the infrastructure market.

iii. Section 19(3)(c) – The Concession Agreement should not lead to the foreclosure of competition by hindering entry into the infrastructure market.

iv. Section 19(3)(d) – The Concession Agreement should cause accrual of benefit to consumers in the infrastructure market, such as the public.

v. Section 19(3)(e) – The Concession Agreement should improve the distribution or production of services or goods.

vi. Section 19(3)(f) – The Concession Agreement should promote economic and technical development by distributing or producing services or goods.

b. Colluding Behavior: Concessions are commonly granted through a competitive bidding process. Suppose we apply Section 3(3) of the 2002 Act. In that case, we comprehend that when any grant of Concessions, by way of a Concession Agreement, is found to be collusive — either through collusive bidding or bid-rigging — it is presumed that such Concession Agreements are to have an AAEC, thereby rendering such Concession Agreements void. The reason behind the same is that the term “Agreement” under Section 2(b) of 2002 Act has been broadly defined in “Builders’ Association v. Cement Manufacturers’ Association” as follows: “Further, it may be noted that the definition of ‘agreement’ as given in Section 2(b) of the Act requires inter alia any arrangement or understanding or action in concert whether or not formal or in writing or intended to be enforceable by legal proceedings. The definition, being inclusive and not exhaustive, is a wide one. The understanding may be tacit and the definition covers situations where the parties act on the basis of a nod or a wink. There is rarely any direct evidence of action in concert and in such situations, the Commission has to determine whether those involved in such dealings had some form of understanding and were acting in cooperation with each other. In light of the definition of the term ‘agreement,’ the Commission has to assess the evidence on the basis of benchmark of preponderance of probabilities.” Thus, this means that collusive Agreements are also included under the purview of the 2002 Act, thereby allowing the 2002 Act to declare collusive Concession Agreements as void according to Section 3(3).

c. Abusive Dominant Position: Concession Agreements’ nature leads to the creation of a monopoly because access to a certain real estate or a market is granted to a concessionaire on a long-term basis. This market dominance is not detrimental per se; however, abuse of such dominance is prohibited under Section 4 of the 2002 Act. This means that a concessionaire, a dominant player in the market, must not harm market competition by acting in a way that does not dilute or impede the overall competitive structure of the concessionaire’s market. Failing to do so attracts Section 4 in the following ways:

i. Section 4(2)(a) – The concessionaire should not directly or indirectly impose unfair or discriminatory conditions and prices regarding the purchase of goods and services on other market participants who are using the concession project facility. Further, the concessionaire should not indulge in predatory pricing. Suppose a Concession grant is granted through a competitive bidding process. If the Terms and Conditions of the tender documents are discriminatory and unfair without reasonable justifications, CCI can question the same under Section 4(2)(a) of the 2002 Act.

iii. Section 4(2)(c) – The concessionaire should not indulge in any practices, in any manner, that results in denial of market access to other participants in the market.

iv. Section 4(2)(d) – The concessionaire should not conclude contracts that are subject to the acceptance of unfair conditions on other market participants.

Additionally, it is also important to note that if the concession’s project infrastructure or facility fulfills the requirements for being an “essential facility” and the concessionaire unreasonably and unfairly denies access to this essential facility to other market participants, a case under Section 4 of the 2002 Act can be made. Although the “Doctrine of Essential Facilities” has not been applied by CCI as a basis for Section 4 cases, references to the same were made in “Arshiya Rail Infrastructure Ltd. v. Ministry of Railways.”

Therefore, from the preceding analysis, it is evident that there are various intersectional problems concerning Competition Law and Concession Agreements capable of significantly and negatively impacting the infrastructure sector.

4. GST Implications in Concession Agreements and Impact on the Infrastructure Sector

In 2017, various indirect taxes such as central excise, value-added tax, and others were subsumed into a singular form of levy, i.e., Goods and Service Tax (GST). The implications of GST on Concession Agreements and its impacts on the infrastructure sector are as follows:

a. It is imperative to note that it is unclear as to whether GST is payable on grants that are received from the Concession Grant Awarding Entity [for e.g., National Highway Authority of India (NHAI)] to resolve the “viability gap” of the project. According to Section 2(31) of the Central Goods and Services Tax Act, 2017 (hereinafter “2017 Act”), the term “consideration” does not include any grant received from the Central or State Government. This leads to whether NHAI can be considered a Central or State Government to make the grant liable to GST, considering NHAI acts as an intermediary that facilitates a grant from the Central Government.

b. Benefits of Zero-Rated Supplies — such as the whole value of the supply chain being exempt from GST — are available to the main contractor who supplies goods or services to the Special Economic Zone (SEZ) Unit or Developer. However, these same benefitsare not available to the sub-contractor of such contractor, resulting in the shortage of funds or Working Capital.

c.According to the concept of Time of Supply of Goods and Services under GST, GST is discharged on receipt of “advances.” However, there will be no supply of goods or services at that point in time. An integral condition to claim Input Tax Credit (ITC) is the receipt of goods and services. Thus, this means that the supplier will pay GST on advances, whereas the recipient defers ITC until the recipient receives the goods or services. This results in a shortage of funds or Working Capital.

Therefore, from the preceding analysis, it is evident that there are various intersectional problems concerning GST implications on Concession Agreements that are capable of significantly and negatively impacting the infrastructure sector.

According to aneconomic survey, it was found that India must spend approximately $1.4 trillion to achieve $5 trillion Gross Domestic Product (GDP) by 2025. It wasalso found that Concession Agreements were instrumental in the rapid growth and success of Indian PPPs and the development of the Indian Infrastructure sector as these Agreements allowed the undertaking of a standardized process by contributing as standardized, substantive documents. Thus, Concession Agreements would be an integral element to enable India to take a step closer to $5 trillion GDP by 2025. To be able to achieve the same, the preceding issues mentioned may be resolved in the following ways: firstly, when it comes to the Ports sector, the MoS and NHAI need integrated and cooperative efforts to be able to resolve the issue of road connectivity, which seems closer to resolution due toincreased Governmental support for speedy implementation of Bharatmala Project for the road logistics sector and Sagarmala Project for the Ports sector alongside the operationalization of the Indian Major Ports Act, 2021, the passing of the Inland Vessel Act, 2021 in the Indian Parliament, andrevision of the MCA for PPP projects in the Ports sector in 2021. Secondly, when it comes to the Competition Law point of view on concession agreements, the CCI must maintain stringent watch over market use of dominant positions through enhanced monitoring and due diligence of PPP projects to prevent market abuse and detriment to the infrastructure sector in terms of reduction/elimination of competition which, in turn, can affect quality, prices, and new competitors. Thirdly and lastly, when it comes to the GST implications, zero-rated benefits must be extended to sub-contractors of contractors who supply the goods and services to the SEZ Unit or Developer to ensure the adequacy of funds or Working Capital and allow smooth development of the infrastructure project. Therefore, active resolution of the issues mentioned above would bolster the growth and development of the infrastructure sector and enable India to achieve a $5 trillion GDP.

Ms. Padmamala Madhusudan is an Advocate, having received her State Bar Council License from Bar Council of Maharashtra and Goa.

Pushpit Singh is a 3rd-year student at Symbiosis Law School, Hyderabad, and is an Associate Editor at IJPIEL.

Padmamala Madhusudan and Pushpit Singh, “A Three-way Critique of Impact of Concession Agreements in the Indian Infrastructure Sector: From a Competition Law, Ports Sector, and GST Perspective” (IJPIEL, 28 February 2022)