The Role of Renewable Energy in Mitigating Climate Change: The Kenyan Context 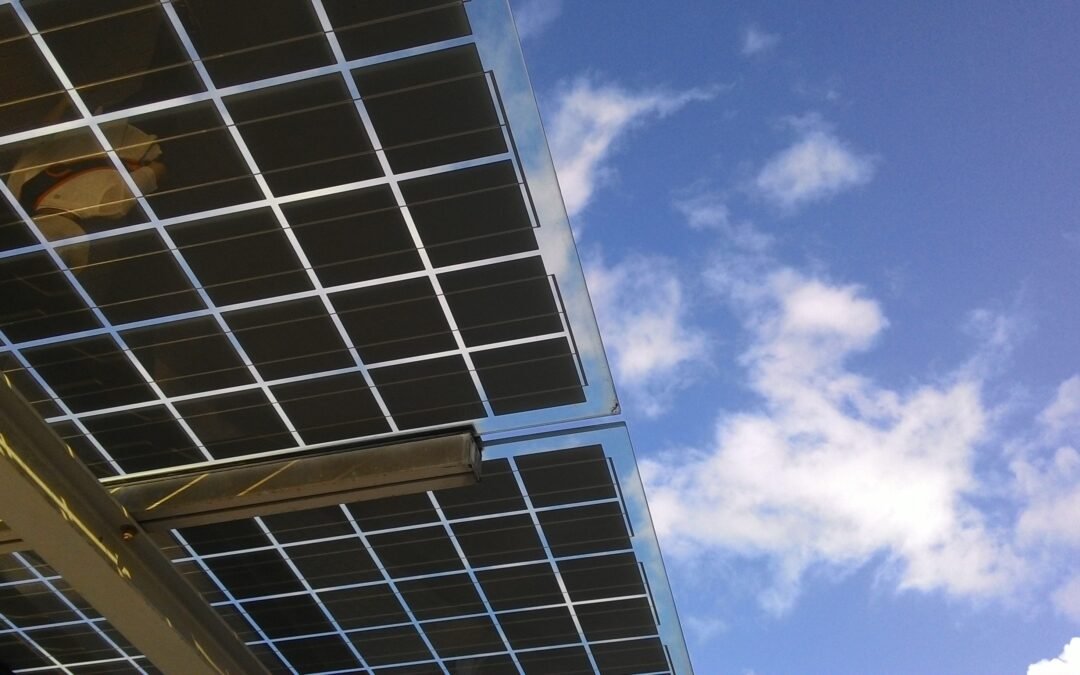 Climate change is auniversal phenomenon that causes long-term shifts in temperatures and weather patterns. It is caused by rising emissions, burning coal, oil, and gas, producing greenhouse gases like Carbon dioxide (CO2). The release of these gases results in global warming, which increases global temperatures. Consequences of climate change include heatwaves, droughts, and natural occurrences like floods. Climate change hasalso caused rising sea levels, which has led to people’s displacement in several different places, causing them to become “climate refugees.”

Premised on climate change, many countries are working towards mitigating the adverse effects of climate change in various robust ways, such as adopting and using renewable energy.According to the International Renewable Energy Agency, renewables could supply four-fifths of the world’s electricity by 2050. This will massively lead to cutting carbon emissions and mitigating climate change.

2. Use of Renewable Energy in Kenya to Mitigate Climate Change

In recent years, there has been increasing debate in academic circles in the environment and energy sector on the issue of climate change, i.e., how the energy sector can adapt to the impacts of climate change. The adaptation to climate change has been addressed in various ways, including theParis Agreement, an international agreement on climate change adopted in 2015 in Paristo limit the emission below 2 degrees Celsius as per the pre-industrial levels. It subsequently came into force in 2016.

This has, in several ways, led to the adoption and use of renewable energy, which is a clean and environmentally friendly energy and comes from natural sources. It includes solar, wind, hydroelectric, and geothermal energy. The types of renewable energy mentioned above have been adopted in the following ways in Kenya.

a. Solar energy: This entails using sun rays for several purposes, such as heating homes and supplying power to households. The solar cells, also known as photovoltaic (PV) cells, transform the sunlight directly to electricity, wherein the systems generate electricity for homes and businesses. Thiscan be done using solar panels on the roof that has been built towards the generation of clean energy and mitigation of climate change. Currently, solar energy in Kenyahas a potential of 15,000 MW.

b. Hydroelectric Energy: This is referred to as energy in moving water. It is the use of moving water for the supply of electricity. Kenya has been using hydropower to mitigate climate change and currentlyhas a capacity of 825.69 MW of hydropower.

c. Geothermal energy: This form of energy includes the heat from within the earth, wherein the energy is manifested in the earth’s surface in the form of hot springs. To supply electricity, the steam is pumped into a turbine rotating the generator to produce electricity. Currently, Kenyahas a capacity of 690 MW of geothermal energy.

In finality, at the COP-26 Summit on 2 November 2021, the President of Kenya asserted that Kenya is determined to have a complete transition to clean energy by 2030.

Kenya has come up with several measures, such as its Climate Change Action Plan of 2018-2022. It has prioritized enhancing energy efficiency and adopting renewable energy as one way to mitigate climate change. This is in tandem with the global efforts to reduce climate change under the United Nations Low Emission and Climate Resilient Development (hereinafter “LECRD”). Thus, this is one of the many ways to reduce the adverse effects of climate change.

A. Climate Risks from Climate Change in Kenya

Some of the climate risks that climate change has occasioned include increased temperatures, unprecedented shifts in rain patterns, increased sea levels, melting glaciers, and ocean acidification. As stated in the Nation Climate Change Action Plan of 2018-2022, Kenya has been experiencing a warming trend since 1960, and it is predicted that the rising temperatures will continue. The rain patterns have changed with the rain reducing significantly, which has led to the intensifying of drought in terms of its frequency and severity. There has also been a rise in the sea level in the Indian Ocean, caused by the melting of glaciers and ice sheets and thermal expansion due to ocean warming. These severe climate risks lead to several consequences, including, but not limited to, the loss of lives, diminished livelihoods, decreased crop production, and livestock, and have also caused damage to Kenya’s infrastructure. In a balance of probabilities, it is most probable that climate change will adversely affect the development of Kenya and theimplementation of Vision 2030 and thecurrent development agenda known as the “Big 4 Agenda” entailing food security, manufacturing, affordable health care, and decent housing.

B. Climate Change and the Kenyan Economy

Small scale rain-fed agricultural cultivation is highly vulnerable to shifting rain patterns caused by climate change which, in turn, lead to drought and food insecurity. It isestimated that the average temperatures in Kenya’s ASALs (Arid and Semi-Arid Lands) exceeded the global target of 1.5 degrees Celsius in the past years due to climate change caused by carbon emissions. Consequently, this led to food insecurity and famine in these areas, adversely affecting the economy.

Consequently, Kenya also experiences floods in some parts of the country, causing widespread damage to the crops and fisheries, which employ multiple people in the coastal areas. These sectors are delicate and vulnerable to climate change, including sea-level rise, ocean acidification, and increased intensity of storms which, in turn,lead to the destruction of coastal and marine ecosystems and productivity losses. Further, the economic costs of floods are estimated to create fiscal liabilityequal to 2.8% of the Gross Domestic Production (GDP) per annum. Thus, it can be said that climate change can and has led to the debilitation of the Kenyan economy.

Climate change disasters, including drought and floods, have also had a detrimental impact atthe household level, leading to food insecurity, property damage, and high food and fuel prices. Firstly, this affects the allocation of the government’s resources as moneymeant for specific projects is reallocated to other sectors for relief purposes. Secondly, droughts increase water scarcity which, in turn, lead to a negative impact on the communities, especially the women and the girls, as they must travel long distances in search of water. This also negatively impacts their education. Thirdly, pastoralists in the Arid and Semi-Arid Land (ASALS) have lost their livestock due to the intense droughts. Fourthly, climate change has also led to cattle rustling, causing the loss of lives and livelihoods.

Thus, considering the preceding, Kenya is working towards climate change mitigation with a raft of measures wherein the government has curated its overall power development plan in line with renewable energy generation,which started in 2017 and is projected to run up to 2037. The government has projected that, by 2037, renewable energy resources will provideslightly above 60% of installed power capacity in Kenya. Some projected renewable sources include hydropower, wind power, and solar power. Under the same veil, the government has, in recent years, also put in place various other measures geared towards the renewable energy sector, which include the enactment of the Energy Act, 2019 and the establishment of – Energy and Petroleum Regulatory Authority (EPRA), Energy and Petroleum Tribunal (EPT), Rural Electrification and Renewable Energy Corporation (REREC), Renewable Energy Resource Advisory Committee (RERAC), and the Renewable Energy Feed-in-Tariff System (REFiTS).

4. Legal and Regulatory Framework for Renewable Energy in Kenya

A. Constitution of Kenya

“Article 42 of the Constitution” has established the right to a clean and healthy environment. In line with the energy sector, under “Part 1 of the Fourth Schedule of the Kenyan Constitution,” the government has been given several responsibilities such as protecting the natural resources and the environment to establish a durable and sustainable development system and develop an Energy Policy including “electricity and gas reticulation and energy regulation.”

Further,Articles 2(5) and 2(6) of the Kenyan Constitution provide that international law shall be part of the Kenyan law, and if Kenya ratifies any treaties or conventions, they shall be part of Kenyan law respectively. This helps to address the issue of energy, considering that the various international law instruments that Kenya has adopted and ratified now form parts of its domestic laws, such as theUnited Nations Framework Convention on Climate Change (UNFCCC) (adopted and ratified in 2015 by one hundred and ninety-six countries, including Kenya) and UNFCCC’sKyoto Protocol whose purpose is to operationalize the UNFCCC and is a commitment by industrialized countries to mitigate climate change nationally.

B. The Environmental Management and Coordination Act, 1999

a. Regulate, produce, convert, and encourage the use of renewable energy.

b. Collect and maintain data related to energy.

c. With the collaboration of the Kenya Bureau of Standards, EPRA must ensure that appliances imported to Kenya are those generating clean energy, i.e., cost-effective and energy-efficient equipment and appliances.

Section 11 of the 2019 Act bestows varied degrees of powers to the EPRA, some of which are as follows:

a. Issuing and renewal of licenses permitting all work conducted in the energy sector.

b. Management of tariffs supplying power.

d. Investigation and determination of disputes between Parties in any issue relating to licenses and license conditions under the 2019 Act.

e. Imposing sanctions due to violations.

Thus, this shows that the 2019 Act ensures that the energy sector is adequately regulated to ensure its smooth functioning and management.

Section 25 of the 2019 Act establishes the EPT to hear and determine disputes and appeals arising from or in connection with the 2019 Act or any “other written law.” The jurisdiction of the EPT becomes clearer under Section 36 of the 2019 Act, which states that the jurisdiction of the EPT is related to hearing and determining matters related to the energy and petroleum sector arising out of the 2019 Act or any other Act. Thus, the EPT is integral for renewable energy because it is a decision-making body wherein its decisions and pronouncementscan ensure that renewable energy is enhanced and well promoted.

Section 43 of the 2019 Act establishes the REREC, whose purpose is to promote the enhancement of renewable energy resources and accelerate the program on rural electrification in Kenya. Section 44 empowers the REREC with specific functions and powers, some of which are as follows:

a. Overseeing the execution of the rural electrification program.

b. Ensuring that the fund on rural electrification is appropriately utilized.

c. Looking for extra funds in line with the rural electrification program.

d. Formulating a plan in tandem with the rural electrification program. This is done in consultation with the county government.

f. Promoting the establishment and fostering of renewable energy centers in the counties.

g. Establishing the framework for collaboration with county governments in the discharge of REREC’s mandate.

h. Undertaking studies on renewable energy, including across the globe, to implement the use of the same.

The “National Energy Policy, 2018” (hereinafter “2018 Policy”) is for the promotion of affordable and quality energy in Kenya. It has laid down objectives in line with climate change mitigation, focusing on renewable energy, some of which are as follows:

a. Ensuring that energy is appropriately utilized as a tool in the acceleration of economic empowerment.

b. Easing access to renewable energy and ensuring its affordability.

d. Ensuring that the petroleum sector has factored in safety and focused on climate change.

e. Fostering unity and collaboration with other countries to mitigate climate change.

h. Protecting the interests of various stakeholders in the energy sector such as the investors, producers, suppliers, and consumers.

Climate change has indeed caused adverse negative impacts, including loss of lives. Considering the preceding, Kenya, as a developing nation, has significantly committed itself to mitigating climate change. Further, it is essential that various other countries in similar situations — African countries like Nigeria, South Africa, Ethiopia, and others — work together in tandem with various international legislation — such as the UNFCCC, the Paris Agreement, and the Kyoto Protocol — to reduce the emission of greenhouse gases and mitigate climate change. Therefore, domestic efforts and international collaboration are apt to mitigate and tackle climate change and ensure a faster and complete shift to renewable energy. 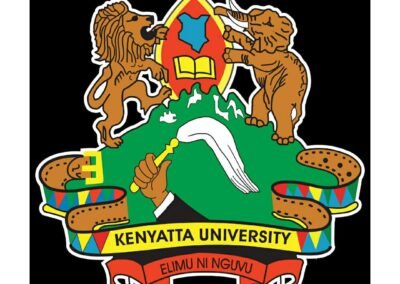