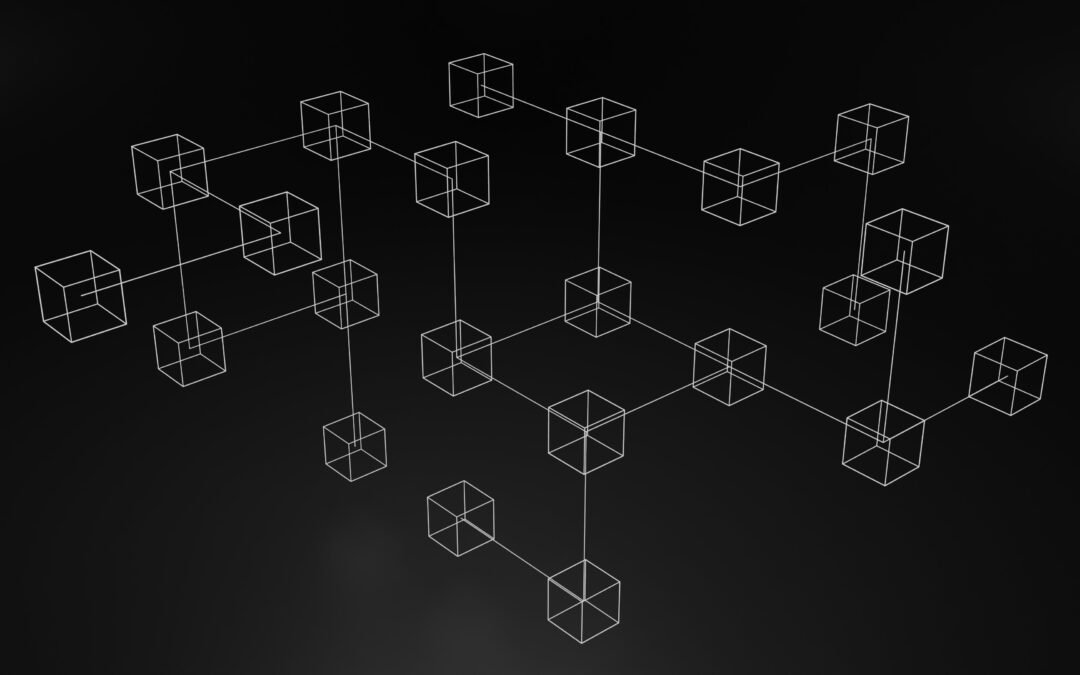 Mergers and Acquisitions (hereinafter referred to as “M&A”) took over India in the late 1980s. Before the 1980s, companies did not indulge much in mergers and acquisitions due to the inadequacy of laws. However, 1988 witnessed one of themost unfriendly business acquisitions by Swaraj Paul to beat DCM Limited & Escorts Limited. This, in turn, started a wave of M&A in India, owing to the growing competition and globalisation. The years following 2006 came as a boon for M&A in India. However, with a shift in time, the methods need to be changed as well.

Introduction to Mergers and Acquisitions in India

M&A has now formed an integral part of commercial India. With the onset of increasing competition, not just at the domestic level but also at the international level, businesses driven by profits engage in activities such as M&A. This not just aids the business in expanding their area of production and marketing but also helps improve infrastructure and resources leading to an overall increase in revenue and profits.

“A Merger is a combination of two or more entities into one, the desired effect being not just accumulation of assets and liabilities of distinct entities but organisations of such entity into one business.”

“Corporate restructuring is one of the means that can be employed to meet the challenges and problems which confront a business. The law should be slow to retard or impede the discretion of corporate enterprise to adapt itself to the needs of changing times and to meet the demands of increasing competition. The law as evolved in the area of mergers, and amalgamation has recognised the importance of the Court not sitting as an appellate authority over the commercial wisdom of those who seek to restructures business.”

The above definitions and judgments set the tone for mergers in India. There are basically four types of mergers- horizontal merger (A merger where two companies of similar nature of business merge), vertical merger (A merger between two companies that produce different goods but for one finished product), co-generic merger (A type of merger between two companies where they are similar to each other with regards to the customer base, functions, or any other aspect) and conglomerate merger (A type pf merger where two companies who are not related to each other in any aspect are merged). Now, when we speak of acquisitions, the same sections mentioned above come into play. However, that does not mean that there exists no difference between them. An acquisition, on the other hand, is the instance where one company takes over the business of the other company and establishes itself as the new owner of the company. In an acquisition, the buyer company purchases the target company, and the target company ceases to exist. However, under a merger, both companies decide to come together and function as one.

Introduction to Blockchain Technology and its Legality in India

Nexus between M&A Transactions and Blockchain Technology: A Prospect

We find a long and cumbersome process when we talk of mergers and acquisitions not specific to India. Even in India, M&Ais a rather court-oriented and long-drawn process where the sanction of a High Court is required to give effect to the said merger or acquisition under section 394 of the Companies Act of 2013. As already mentioned above, the process of mergers and acquisitionsattracts an array of laws– Companies Act of 2013, Income Tax Act of  1961, Competition Act of 2002, Securities and Exchange Board of India (PTI Regulations) of 2015, to name a few. To comply with such guidelines and paperwork renders such processes tiresome and lengthy. However, with the introduction of blockchain technology in the M&A sector, it would help increase efficiency and reduce paperwork. In order to understand the aspects where these things could play a vital role, let us first understand the stages which are usually undertaken:

1. Infrastructure scaling: Where the infrastructure of both companies is evaluated to facilitate the process of M&A.

2. Functional integration: It essentially involves merging the product line and the services of the companies involved in a merger.

3. Data migration: All the required data of the companies involved in the merger are migrated as a form of exchange to carry out due diligence or other allied aspects.

4. Operating model: When an M&A typically takes place, the operating model(s) of the companies involved in the merger are merged as well. This includes the process of the operations and the staff.

Now, alot of mergers are rendered useless due to issues like the absence of technology to accommodate complex processes for integration and data migration. However, with the onset of blockchain technology, these problems could be easily tackled. With the introduction of DLTs to the entire process, the data sharing process between the two parties could be ensured in a secure way, as the data in the blockchain could be accessed only by the parties involved, without the presence of a third-party. DLTs also provide for a system of data migration, where data is transferred from one blockchain to another. This is just one facet of how M&A would benefit from blockchain technology. The others include:

1. Smart contracts: The aspect ofsmart contracts is relatively new to the international community. Smart contracts refer to those contracts where the agreement between the two parties has been embedded in the line of code. This agreement, in turn, has been distributed in a blockchain technology network and is closed only when the conditions for the closing of such contracts are met. These smart contracts can be traced and are transparent to both parties to the agreement without employing a third party. This could prove highly beneficial to the M&A deals, as it not just ensures transparency between the two parties but also generates trust regarding the asset transfer and data migration, coupled with minimal paperwork. However, one must also note that the ‘admissibility’ of smart contracts is still under question here. As mentioned above, the National Blockchain Technology Strategy of 2021 has failed to address this issue, and the legal fraternity has also raised concerns regarding the same.

2. Due Diligence: When certain companies are set to go ahead with M&A, due diligence forms their backbone. Due diligence refers to the evaluation and research of the background information about the companies being merged. This due diligence acts as an instrument to assess and churn out information about the potential liabilities or any other discrepancies arising from the proposed deal. Essentially, this due diligence in M&A is carried out either via a data room method or by giving a questionnaire. Under the data room method, a large amount of data is presented to the parties present in making the deal, and they are then required to assess the same. However, there exists one discrepancy regarding the same. Due to huge chunks of data, either of the parties does not assess the same property, and these mergers are signed without the requisite authority. However, with the presence of blockchain technology,such aspects could be avoided. A blockchain could be created in the smart contracts themselves, where the section of due diligence could be stored and, once assessed, be signed by the parties. A timestamp would be provided to show when the said document signed with complete information, and the liability could be placed if and when any discrepancy arises.

There has been a rise in M&A deals in the blockchain sector, and as per aPrice Waterhouse Coopers (PwC) report, the value of M&A deals in the cryptocurrency space jumped by nearly 5,000 percent in 2021 amounting to nearly $55 billion. Recently, Bharti Airtel Limited acquired a strategic stake in Singapore-based Aqilliz under the Airtel Start-up Accelerator Program. Specifically, this strategic stake in Aqilliz is treating ‘blockchain as a service company.’

Aqilliz, a Blockchain as a Service Company offers middleware technology that enables an interoperable and collaborative digital marketing ecosystem that helps enterprises perform advanced analytics on a federated layer and records such processing of activities on a distributed ledger. Aqilliz’s patented hybrid blockchain platform, Atom integrates differential privacy and federated learning on a distributed digital ledger and allows brands to create secure and consent-based solutions to engage with customers in an increasingly decentralised digital economy.

The primary purpose of an M&A deal is to attain peaceful collaboration between the two companies and expand the buyer company. The buyer company looks out for a target company that increases its assets, and the target company looks out for a buyer company that reduces its liabilities to create a win-win situation for both companies. M&A plays a vital role for a company in expanding its market share and exploring more growth opportunities through advanced technology and highly qualified professionals.

Blockchain technology may even help streamline the long and tedious process of M&A, as in the Blockchain, each network user represents a node. Every node validates the transmission of data, and as each block is cryptographically connected, it provides maximum security to personal and confidential information protecting it from cyber-attacks. Moreover, the permanent and chronological sequencing of data improves transparency. Therefore, blockchain provides security and transparency, which increases its value manifold.

Through Blockchain technology, people can transact in a more transparent, auditable, and secure manner, due to which there is arise in mergers and acquisitions in the blockchain sector and this technology is continually being integrated into various aspects.

Companies like Bharti Airtel Limited are investing in research and development in order to develop advanced technologies like Blockchain and improve its applicability so that the same can be used across all sectors leading to overall growth in the country.

Abeer Tiwari is a 3rd-year B.A. LL.B student from Balaji Law College, Pune, and is an Associate Editor at IJPIEL.

Manmeet Singh Marwah and Abeer Tiwari, “The Dawn of Blockchain Technology in the Indian Mergers and Acquisitions Landscape” (IJPIEL, 4 July 2022)