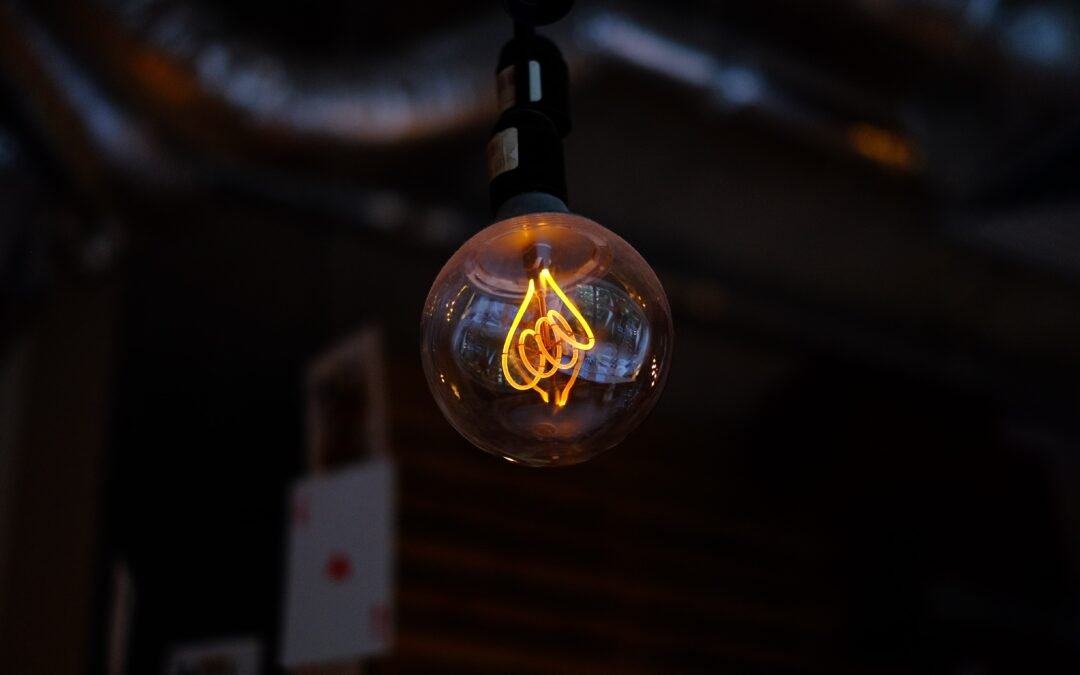 In pursuance of promoting the principles of sustainable development through green energy, India efficaciously is moving towards a structured system of rules & regulations formulated for the concerned authorities to regularize the generation and consumption of such renewable/ green energy. In addition, customers are switching to clean energy for various reasons, including a willingness to adopt sustainability, cut their power bills, and respond to investors and purchasers who progressively request sustainable supply chain management, mainly for export markets.

Through this article, the authors pursue to comprehend the relevance of the provisions of the said Rules with reference to the current scenario.

According to conventional understanding, no formal legislation controlling green energy in India existed before June 2022. However, because renewable energy is considered part of the electricity sector, it is managed by the requirements of theElectricity Act of 2003 and state-specific rules.

Renewable energy now contributes to one-quarter of India’s total installed renewable power generation capacity – 110 gigatons as ofMarch 2022 – and provides 13% of the nation’s electricity. The Indian Government has set a goal of reducing India’s total expected greenhouse gas production by 1 billion tonnes by2030, to lower the country’s CO2 footprint by less than 45% by the end of the decade, as well as to achieve a net-zero amount of CO2 emissions by the end of2070. The authorities set a targetof  175 GW of sustainable power generation by the end of 2022,  with the objective of increasing to 500 GW by 2030. This is the most extensive clean energy growth plan in the world.

The Electricity (Promoting Renewable Energy through Green Energy Open Access) Rules 2022 (hereinafter referred to as the Rules, 2022) were enacted underSection 176 of the Electricity Act, 2003. The ultimate focus of these rules is to speed up our nation’s ambitious clean energy programs, with the ultimate goal of providing access to sustainable, credible, affordable, and renewable energy for everyone, as well as to promote green energy generation, purchase, and consumption, which would include energy from Waste-to-Energy plants.

The Rules 2022promise to accelerate the nation’s extensive renewable energy programs, with the end goal of ensuring access to sustainable, dependable, affordable, and green energy for all; encourage the generation, acquisition, and consumption of green energy, which would include energy production from Waste-to-Energy stations; facilitate a more simple and direct course of treatment for open access to green power as well as a faster licensing of Green OA. Further, voluntary buying of RE power allows Commercial as well as Industrial consumers to acquire renewable power voluntarily. It promotes Captive Consumers to get power supply via Green Open Access with no fixed threshold and allows DISCOM (distribution companies) Customers demand green power supply from them.

Moreover, offering green rates allows DISCOMs and state governments to attract investors and maintain consumers on their network. These tariffs are currently offered as a premium, and the response has been mixed. As a result, pricing changes will be necessary, as will a determined focus on making a significant contribution. Ostensibly, DISCOM’s fate is in its own hands.

At the onset, it is essential to realize that the system primarily provides transparency in the approval process of the application for open access and assessment of green tariffs via the Rules 2022. It will be done via a national platform to maintain transparency. The Appropriate Commission shall determine the tariff for green energy separately, which shall include the average pooled energy purchase price of sustainable power, service charges, if any, and cross-subsidy charges encompassing the reasonable charge of the distribution license holder for supplying green energy to consumers. The Rules 2022 aim to simplify the whole approval process for providing Open Access, including fast approval, to increase cash flow predictability for renewable energy providers, and introduce standardization to the application procedure.

Rule 2(d) defines the term “Green Energy” to mean “Electrical energy from renewable sources including hydro and storage, provided the storage is from renewable sources. It also includes any mechanism that uses green energy to replace fossil fuels, including use of green hydrogen or green ammonia.” Open access indicates that eligible consumers, generators, as well as state distribution corporations, possess equal access to electricity transmission and distribution systems (DISCOMs).

1. Renewable Purchase Obligation (“RPO”)–Rule 4 mandates that all obliged entities in the region of a distribution company shall be subject to a consistent RPO. Furthermore, an entity can choose to create, acquire, and utilize renewable energy using one of the techniques listed below.

b) Obtaining renewable energy via open access through any Developer, either directly/ indirectly via a trading license or through power markets;

i) As a consequence, the distribution license holder will get renewable power and distribute it to customers;

ii) The customer has the alternative of submitting separate requests for both solar and non-solar equipment;

iii) Furthermore, if a customer desires to purchase extra renewable energy than would otherwise be necessary, this may be conducted in increments of 25% to 100% for simplicity of use;

iv) The competent commission must calculate the tariff for this kind of purchase based on the average consolidated energy purchase price of clean energy, services fee, and cross-subsidy costs;

v) Renewable energy supplied to the distribution license holder must be acknowledged on a monthly basis; and

vi) The demand for green energy purchase should’ve been specified before for at least a year, preferably two.

e) Through the purchase of Renewable Energy Certificates;

g) From any other central government specified sources.

2. Grant of green energy open access– Rule 5 requires the Central Nodal Agency to provide a uniform application procedure for applicants seeking open access to green energy within 60 days of the Rules going into effect. In accordance with the same, the relevant commission shall, if required, alter the necessary rules to guarantee compliance with the Rules in the future. The Rules provide that if the commission doesn’t somehow grant open access to all people applying within 15 days of the date of the application, such applications are presumed accepted, subject to technical conditions being met.

Consumers with contractual demand or an official capacity of 100 KW or more are qualified for open access to green energy under the new Rules. This limit, however, does not at all extend to captive customers. The Rules also provide measures to minimize significant volatility in demand to be fulfilled by the distribution license holder, such as a baseline number of time blocks (no more than 12) and a total quantum of energy spent through open access. The Rules provide that short- & medium-term open access shall be granted as long as there is spare transmission capacity and no augmentation. If long-term open access is necessary, the transmission system can be expanded. Whenever there is excess capacity, long-term open access users are given a higher priority, and non-fossil fuel energy is favored above fossil fuel energy.

3. Nodal Agency– According to theRule 6, after the national Government issues a notification, a central nodal agency would be established to set up and run a single-window open access mechanism for green energy. All proposals for open access to green energy would have been submitted through a single-window site, and a central registry will be established. Following that, the appropriate commission will contact the relevant load dispatch Centre to award short-term open access, as well as the state or central distribution utility for all medium- & long-term open access for green energy.

4. Open Access Charges–Rule 7 establishes a set of expenses that every open access green energy client must pay, such as wheeling charges, standby charges, cross-subsidy charges, and transmission charges. The Rules also set the following limitations on the additional fee as well as the cross-subsidy surcharge, which must be paid:

a) For a period of 12 years just after the green energy producing plant commences operation, the cross-subsidy surcharge upon purchasing green energy from that kind of renewable source of generation will not be raised by more than 50% of the surcharge computed in the year open access is given;

b) There would be no additional cost for any open access green energy consumers who pay fixed pricing;

c) No further surcharge/cross-subsidize surcharge is imposed if the power is generated using waste-to-energy technologies or if the eco-friendly energy is used to produce green ammonia/green hydrogen.

The Rules also include that when an open access consumer must obtain power from a third party, such as distribution licensees, the costs for maintaining standby arrangements for such consumers shall match the distribution licensee’s expenses for providing such support services.

5. Banking–Rule 8  enables at least monthly power banking in return for payment of service charges to mitigate the more significant cost. Furthermore, “the acceptable amount of banked energy by open access to green energy customers must be at least 30% of the customers’ total monthly power consumption from the distribution licensee.” Power banking is an important resource for the green energy open access market. However, numerous governments (Haryana,Telangana, andWest Bengal, among others) have restricted the banking of renewable energy. Few states, such as Tamil Nadu, do not even allow banking. Probably because the guidelines were not developed with wind power generating in mind. As a result, the Ministry of Power’s confirmation (through Rules, 2022) ensuring banking would be available at least on a monthly basis is a big step forward.

6. Green Certificate and Rating– Rule 10 states that the distribution licensee must offer green certificates to customers on an annual basis (upon request) as well for green energy delivered by the licensee that surpasses the consumers’ RPO. Furthermore, inRule 11, “The GoAR asks for the state commission to develop assessments of distribution licensee customers based on the percentage of renewable power purchased by such customers.”

7. Model regulation on methodology–Rule 12 requires the development of model rules to produce a consistent approach for calculating open access costs, including banking charges. The forum of regulators must draft the model regulations four months after receiving notification of Electricity (Promoting Renewable Energy Through Green Energy Open Access) Rules. The rules further said that the “forum of regulators shall ensure that various permissible charges are not onerous and shall meet the prudent cost of the distribution licensee in order to fulfil the objective of promoting the procurement of green energy by Green Energy Open Access Consumers.”

The ‘Electricity (Promoting Renewable Energy Through Green Energy Open Access) Rules, 2022’ may be comprehended as a positive step in the right direction to lower the cost of open access renewable energy supply for green hydrogen production. These laws tend to bring homogeneity in rules and will go a long way toward reducing administrative bottlenecks while also encouraging and promoting the development and growth of clean energy sources. Furthermore, by including green ammonia, green hydrogen as well as battery storage, these Rules provide encouragement to emerging green energy sources.

For many years, Open Access players have pressed for policy stability and uniformity across the country. The Rules 2022, if effectively and timely implemented, have the potential to promote and stimulate the Open Access market. Indeed, the new policy’s clarity on OA costs may improve the profitability of OA initiatives and the market’s long-term visibility. Nevertheless, India, being a vast and diversified country – with a standardized policy, might face several practical issues.Section 42 under the Electricity Act of 2003 provides delegated authority to SERCs to regulate Open Access rates and Open Access eligibility capacity restrictions for their individual states. Thus, the ball now rests in the court of State Regulators, the Implementation Agencies, and the Consumers to harvest the advantages and drive India’s sustainable energy transformation.

Ms. Shivi Sethi is a Managing Associate at L&L Partners.