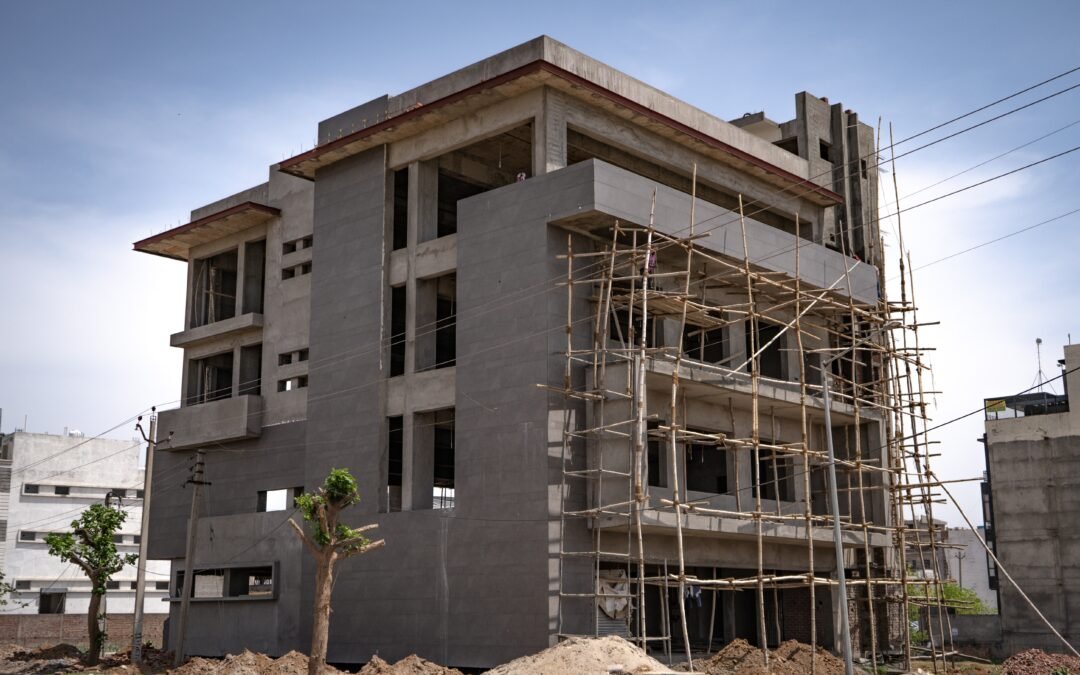 With a growing number of people who prefer renting out properties instead of buying them and not to forget the soaring property prices and the unstable economy, it seems appropriate to introduce a legislation to systemically organize the rental market and address the lacunae faced by the Parties involved. The new Model Tenancy Act, 2021 claims to provide a sustainable and inclusive environment for landlords and tenants to coexist peacefully in this ecosystem. The idea behind this Act is to unify the rent and tenancy laws across various Indian states, unlike the current system, wherein each state has its rent control legislation, which most Parties seek to avoid. Thus, in this blog post, the authors examine the provisions of the proposed Act and critically analyze the same to see if the proposed Act has genuinely achieved the objective sought by the legislators.

When India gained independence and the legislators drafted the Constitution, the responsibility of governing the relationship between a landlord(s) and a tenant(s) and that of collection of rents was conferred on the state governments [1]. Ever since, rental agreements and the landlord-tenant relationships have been governed by the rent control Acts enacted by different states, such as the Delhi Rent Control Act, 1958, the Maharashtra Rent Control Act, 1999, the Uttar Pradesh Urban Buildings (Regulation of Letting, Rent and Eviction) Act, 1972, and other similar state Acts.

However, these state laws are ineffective and burdensome, especially on the landlords, due to which the citizens may prefer an informal arrangement and avoid the execution of rental agreements. These issues were also highlighted under the National Urban Rental Housing Policy released by the Government of India in 2015 [2]. Further, the National Urban Rental Housing Policy noted that due to the existing rent control legislations, India’s rental housing market had become unappealing; this is not limited to one state or a group of states but has been a pan-India scenario. Despite a massive housing shortage, more than eleven million housing premises had remained vacant, firstly, due to the ineffectiveness of the state rental control laws and secondly, due to the absence of a common and unified rental housing framework [3].

To alleviate these concerns, the Ministry of Housing and Urban Affairs (MoHUA), Government of India, released the Model Tenancy Act, 2021 (hereinafter “Model Act”), to be adopted by the Indian states and union territories, as and when they deem it appropriate. The reason for its enactment is “…to establish Rent Authority to regulate renting of premises and to protect the interests of landlords and tenants and to provide speedy adjudication mechanism for resolution of disputes and matters connected therewith or incidental thereto.”[4] Thus, considering the enactment of the Model Act, it is imperative to briefly examine its provisions for a comprehensive understanding.

Highlights of the Model Act

The applicability of the Model Act extends to all kinds of premises, except those owned by:

However, it is noteworthy to mention that the aforementioned exempted properties may come under the purview of the Model Act if the owner and the tenant of such premises agree to be governed by the provisions of the Model Act [6].

The following aspects of tenancy would be governed by the clauses, sub-clauses, terms and conditions of the tenancy agreement:

Rights and Obligations of Landlords and Tenants

The Model Act also provides the rights that a landlord and a tenant can exercise after executing a tenancy agreement.

Under the Model Act, a landlord is conferred with rights such as that:

Regarding a tenant, the Model Act confers rights such as that:

In finality, Schedule 2 of the Model Act divides and provides for the maintenance obligations that the landlord and the tenant shall undertake pertaining to the rented premises. [28]

The Model Act has introduced a new dispute resolution process by establishing adjudicatory bodies that solely deal with tenancy disputes. The authorities, as established by the Model Act, have been provided below, in ascending order:

After carefully analyzing the Model Act, we believe attempts have been made to improvise and enact a better legislation than the already existing state rent control acts. However, it still seems like one step forward and two steps backward, as we would be elaborating upon in the succeeding arguments.

Lack of Provisions to Provide Information Regarding Available Vacant Premises

A concern that the MoHUA highlighted was the vast number of vacant premises that exist in India and to open them up for rental purposes. [35] However, the Model Act does not seem to provide any solutions regarding the same. There are no provisions under the Model Act that mandates providing information regarding the available vacant premises. What should have been part of the Model Act is a provision requiring for the creation of a database of “available vacant premises”, which would provide the size of the vacant accommodation, the general area where it is situated without disclosing the exact location, the rent payable for the same, the facility to book an appointment after registering with the relevant identity documents, and other relevant details.

As emphasized in the preceding arguments, creating an online database would also help resolve this conundrum of intermediaries. By having access to such a database, a prospective tenant may directly search possible premises that could be rented out and get in touch with the landowner directly.

Under Section 5 of the Model Act, a tenant is liable to pay “enhanced rent” if he does not vacate the premises at the end of a tenancy agreement or if such an agreement’s duration ends and has not been renewed. This provision seems arbitrary as it imposes an undue burden on the tenant, especially when the agreement renewal or vacation of the rented premises is rendered impossible by the landlord, with the motive of extracting enhanced rent. A proviso can be inserted to rule out such frivolous attempts by landlords.

The Model Act has introduced a force majeure clause under a couple of provisions. Under this clause, “situation[s] of war, flood, drought, fire, cyclone, earthquake or any other calamity caused by nature” have been covered. However, the clause fails to cover human-made calamities such as epidemics, pandemics, terrorist attacks, and other human-made calamities. The present scenario, where we are facing a pandemic, should make the government realize that human-made calamities can affect the performance of a duty/obligation and the exercising of a right as complex as under a natural calamity. Despite this reality, the force majeure clause has left out human-made disasters from its ambit.

The Model Act has also provided certain time limits within which disputes shall be resolved (under Sections 35 and 37). However, the problem with these periods (of 30, 60, and 90 days) provided under the Model Act is that they are highly unrealistic. This becomes especially true when we consider the existing backlog of cases in the Indian courts, and the onerous time it takes to get disposed of in India. The government should consider the ground reality and revise these time frames or try and devise another way to ensure timely adjudication and disposal. This is also important because once a dispute arises and a Court/Tribunal decides to adjudicate on the same, the rights and obligations of the concerned landlord and tenant are left in limbo. This could result in unexpected and unforeseen difficulties for both the landlord and the tenant.

The eviction clause must include a clause for personal necessity whereby the landlord evicts the tenant when he requires the premises for his or his family members’ personal necessity. Indeed, the concept of personal necessity must be meaningfully construed for the relief to be granted to the landlord to be practical, and at the same time, it must be reasonable for both the Parties. It shall be seen as a separate class of eviction to accord it the speedy proceedings it needs. This provision is prevalent in the various Rent Control Acts currently in play in different states.

Under the First Schedule of the Model Act, which provides for the format to follow while informing the Rent Authority of a tenancy agreement, there are specific personal details that need to be disclosed, such as addresses of the tenant, landlord, and property manager, their Aadhaar card numbers, PAN numbers, mobile numbers, and email IDs. Although it is understandable that this information is quintessential, the Model Act has been unclear whether such information would be published in the public domain under Section 4(4)(b). Under the Model Act, it should be comprehensively clarified which personal details would be for the state government’s record and which details would be made available in the public domain to avoid privacy infringement issues. [37]

Further, the requirement of submitted Aadhaar details for the tenancy agreement would violate the judgment of the Hon’ble Supreme Court of India, in Justice KS Puttaswamy v. Union of India. [38] In that case, it was held that requiring an Aadhaar card or number may only be made mandatory for expenditure on a subsidy, benefit, or service incurred from the Consolidated Fund of India. [39] Since registration of a tenancy agreement does not incur any such expenditure, the mandatory requirement of linking Aadhaar details would violate the judgment mentioned above. [40]

Failure of the Model Act to Consider Social and Communal Restrictions

Social and communal restrictions are another major problem most people face while renting out a property. The Indian Constitution provides each individual with the right to practice their religion, and ideally, that should not stand in the way of denying someone their rental property. However, residential societies draw up unreasonable rules ranging from the food consumed by the tenant to screening potential tenants based on their religion. The aim of the lawmakers must be to make an inclusive and non-discriminatory legislation to protect tenants from such unlawful practices. Some initiative also needs to be taken in this direction, which the government has failed to consider.

The idea of introducing a unified Act is to create an inclusive, sustainable, and effective rental market in the country. The effort to codify the provisions in black and white are indeed welcome; however, there are key challenges that need to be revisited.

While most states adopted their own Rent Control Acts in the past, dispute resolution suffered majorly as these laws were considered pro-tenant. Not much has changed concerning the litigation hierarchy. This is because, even with the Rent Control Acts in force in various states, a petition for eviction would be filed before a Rent Controller, and the Appeal would lie before an Additional District Judge. The Appeal from the Order of the Additional District Judge would then lie before the High Court. In the instant case, with the establishment of the Rent Court and the Rent Tribunal, it is effectively a case of old wine in a new bottle. The lack of a provision for appealing the Orders of the Tribunal implies the filing of writ petitions under Article 226 or 227 of the Constitution of India before the High Courts. Not much seems to have changed in that arena. Further, establishing a digital database to make rental properties more accessible is a step towards the future. However, specific measures need to be taken, keeping in mind the data protection and privacy concerns.

Ultimately, the biggest drawback is that the Model Act is not mandatory, which leaves the states to decide their laws. Although it is agreed that the Centre does not have the power to legislate on rent and tenancy matters as per the Indian Constitution, uniformity may not be achieved by making it optional.

Ms. Drishtana Singh is an Independent Legal Practitioner and Consultant, practicing at the High Court of Punjab and Haryana.