How India made the Geographical Information System its Own, and its Use in Infrastructural Developments 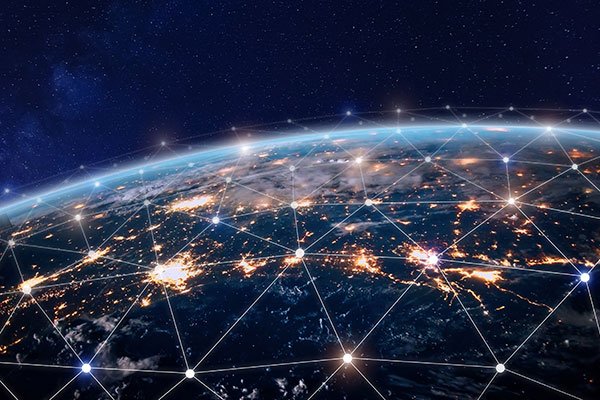 The Geographic Information System (“GIS”) is popularly known as a spatial system that manages, maps, analyzes and creates all types of data. GIS employs the spatial way of analysis, which further includes techniques used to study entities. These techniques included topological, geometric and geographical properties. The spatial analysis of GIS also includes certain under-development techniques and technologies too, however, its main focus and calibre lies in geographical data. This article discusses the advantages and disadvantages of GIS, along with its advent adaptation and use in the Indian subcontinent.

The Geographic Information System (“GIS”) is popularly known as a spatial system that manages, maps, analyzes and creates all types of data. GIS employs the spatial way of analysis, which further includes techniques used to study entities. These techniques included topological, geometric, and geographical properties. The spatial analysis of GIS also includes certain under-development techniques and technologies too, however, its focus and caliber lies in geographical data.

GIS as a whole is a multi-functional tool. It works for management, logistics, agriculture, transport, engineering, planning, telecommunication and extends to insurance services as well. One of its most evident and intriguing benefits is perhaps it’s mapping of cities. This land mapping of new and upcoming “smart” cities is an essential step. GIS not only aids in this, but also helps track development, new ventures, and lags in the structure of the city.

A key characteristic of the Geographical Information system- whereby this particular technology is able to relate any information logged into it with real-time geographical conditions of the area targeted. Locations in Earth’s spacetime are recorded through the occurrences’ date and time and logged into the system based on their relation to the “real” area’s coordinates (i.e., the longitude, the latitude and the elevation). In this way, GIS is able to project the desired plan onto the actually occurring area. This two-layered system further helps in keeping track of progress.

Advantages of GIS and its Role in Local Governance

There wasn’t much follow-up to the three-year Municipal Infrastructure Investment Planning (“MIIP”) The project started in 2002.

● Under MIIP, investment planning and strategic asset management was under interrogation with an aim to use GIS systems decision support tools for municipal infrastructure managers. These tools were meant to assist them in prioritising infrastructure maintenance and capital renewal.

● Not only have the big states employed it to map out their agricultural land, but its adoption on the village level has also been the most surprising. Some of GIS’s lesser-known benefits also include mapping crop-yield for massive agricultural areas and states. A noteworthy example can be found in the Indian state of Punjab that not only uses GIS technology for agriculture but also to map out villages.

● GIS, along with being an infrastructural tool in India, has also qualified as a monitoring tool. It helps monitor area, developments, progress, forest area, agricultural land, businesses as well as elections in remote and small village areas.

● Since the advent of Geospatial technology in India, its adoption by Local Government bodies to ensure better and deeper governance with ease has been constant.

On the heels of rampant land encroachments, Haryana’s Chief Minister Mr. Manohar Lal Khattar announced the use of GIS to track the “cyber city’s” infrastructural developments. The GMDA is set to reach out to the National Remote Sensing Centre (“NRSC”) for satellite images of Gurugram, which will be used to monitor any illegal construction or encroachment.

A GMDA official said, “Once we have the data from the system, we will prepare a matrix depicting the urbanization patterns such as the speed of development, its pace, and direction. Then, the matrix will be shared with the government departments to understand the development and encroachments in the city so that they can formulate conducive policies for managing the resources allocation.”

It is planned that this system will be used to identify recently lost water bodies and retain the depleting ones. Alongside, areas prone to flooding in case of heavy rainfalls near residential areas will also be identified. Not only are Local Government bodies using this for administrative betterment, but also for its user-friendly interface. Many bodies like the Gurugram Metropolitan Development Authority (“GMDA”) have opened a portal to invite suggestions and queries regarding their development plans.

Gurugram is the hub of MNCs, restaurants and some of the best education in the country. Running a city this advanced, fast paced, and diverse is a task. To further aid in this, the Haryana government is also working to procure drones for its multiple GIS projects. It is also its intent to set up weather stations across the cities of Faridabad and Gurugram to track weather conditions, pollution and ensure warnings in case of a natural disaster.

The KSNDMC while making use of the Karnataka Geographical Information System (“K-GIS”), installed 6,000 Telemetric Rain Gauges (“TRGs”) and 750 Telemetric Weather Stations (“TWSs”) that transmit data every fifteen minutes. Before involving K-GIS to track weather conditions, the KSNDMC used to collect weather data manually which, needless to say, led to various discrepancies and administrative lags in prediction and preparation of weather disaster responses.
Apart from this, Karnataka has also been using GIS to map its wind energy potential in a quest to set-up wind power generating infrastructure.

The PRSC has notably developed a GIS to monitor Crop Residue Burning (“CRB”). PRSC maintains an active CRB dashboard that notifies, tracks and stores data related to crop/ field fires in Punjab. As an agricultural state, Punjab also monitors its crop yields, transportation, storage and harvesting through GIS. As crop residue burning is a rampant and severely harmful practice in the state of Punjab, GIS helps build a quick response system to any intentional or accidental field, crop, or forest fires.

Punjab is also using GIS to map out its larger villages with urbanisation potential, and its smaller villages needing development. It also traces infrastructural developments (e.g., building of roads, rezoning of agricultural land, wells, and canals etc.) along with flood prone areas, overflowing rivers and depleting water tables. Punjab has taken this dynamic technology to the grassroots of its governance.

Additionally, in cases of bid-rigging, where the competing firms/enterprises agree not to bid or submit a losing bid or withdraw a bid such that the successful low bidder receives the contract and further sub-contracts to such competing firm/enterprise, act as a lucrative option and defeat the spirit of auctioning and fair play. This essentially must be seen from a perspective of competition law since bid rigging is presumed to have AAEC on the competition. [8]

GIS as an Infrastructure Tool for Developing Countries

GIS is a global, relatively simple, and comprehensive technology to use for these countries. It helps eliminate data redundancy, miscommunication and cost conversion when moving from one stage to another. It succeeds in providing a central data monitoring system for the process of infrastructural development, quality engineering designs, and minimises as well as accurately predicts construction costs. A GIS system also eliminates unnecessary manpower costs needed to maintain infrastructure plans and records in a developing country moving from rural to urban at a fast pace.

It is certainly demanding to plan and manage various infrastructure projects in this age of globalisation and economic liberalisation. Not only for the government, but the private sector too. Development demands new skills and a smarter approach to projects. In a developing country especially, infrastructure projects must be improved as they are crucial elements of the nation’s socio-economic growth. In this quest of development, GIS makes an abundance of information available from a spatial interface. With large, often complex projects demanding careful monitoring, coordination and management, the accountability of project managers for effective, timely and efficient project delivery also increases. With GIS’s 3D GRAM++GIS software, the commissioner of the project can experience a more interactive way of seeing the base area, proposed development project and its real time changes over time and space. It can also identify and correct patterns, trends and knowledge to clients, engineers, managers, and the on-site personnel.

GIS in the economic sector is mainly analysed on the grounds of economic impact analysis, spatial policy making, identifying potential economic cluster regions, identifying, and working on critical social relationships and the web- based GIS. These tools are essential to the local economic development (“LED”) and the workings of the economic engineers.

– GIS as a tool World Over

Globally, GIS has helped countries and international organisations mitigate hunger. Not only is GIS a tool of development, but it’s also a tool of upliftment. Similarly, it has been used to map out forest areas, search for and identify any tribal or animal species living deep within them. GIS has also been successful in giving a startlingly accurate account of climate change so far and its course in the future. The rising sea levels, depleting ozone and melting glaciers can be mapped out in a frighteningly realistic manner using GIS.

Not only does GIS help plan the future, but also helps reach the past. This technology has helped discover lost cities, archaeological remains and some extremely valuable antiques.

One of the first critiques of GIS is its possibly exploitative nature when pitched as a tool of observation over a particular area or community. With the increasingly intricate data collection abilities of GIS, it’s hard to say that this tool misses much. GIS can be used for as much bad in the future as it has been used for good in the present. It’s said that nothing is worse than the right tools in the hands of the wrong government, and the same holds true for GIS and the Remote Sensing data.

Secondly, though GIS has been used in many weather forecast systems in India, it’s usually only good enough to predict a storm. Its abilities in guiding evacuation forces or recording real- time human responses being a satellite guided technology are under doubt. India has faced some of the most brutal storms and weather conditions in the recent area. Despite the presence of a robust GIS network, some areas were still cut off the grid.

Lastly, vulnerability to cyber-attacks. As the state dependency on GIS expands, so does its network over the working of the state and its projects. In the socially- distanced times of Covid 19, countries are more vulnerable to cyber-attacks than military attacks. GIS systems will need high maintenance and a robust protection system to survive the digitalised state of this world.

Through the journey of this article, some exceptional advantages and a few glaringly alarming disadvantages have come to light. It’s safe to say that dependency on technology, especially satellite-based tools like the Geographic Information Systems is set to increase. In such a case, it becomes important to guard against its misuse whilst taking complete advantage of such a dynamic and mouldable tool.

India has demonstrated some great examples of localising an international technology and solving grassroot issues with it. As the world leaps and runs away with this futuristic technology, India turns to its roots-quite literally. The use of GIS here has been spectacular. Taking Gurugram, Karnataka and Punjab in its stride, it’s imperative upon the rest of Indian states to develop and use their own versions of this technology.

Through development planning, crop sowing, economic balance, astrological and archaeological uses, weather mapping and more, GIS has truly proven to be a need and not an option moving forward. Inspired by the west or inspiring the west, it’s India’s time to take raw technical resources and mould them according to its needs.

Deepak Kumar Thakur is a Partner at L&L Partners, Mumbai.

Adhya Sarna is a 3rd-year law student at the Amity Law School, Noida and is an Associate Editor at the Indian Journal of Projects, Infrastructure, and Energy Law (IJPIEL).

[14] GIS mapping and spatial analysis of cybersecurity attacks on a Florida university, https://ieeexplore.ieee.org/document/7378714