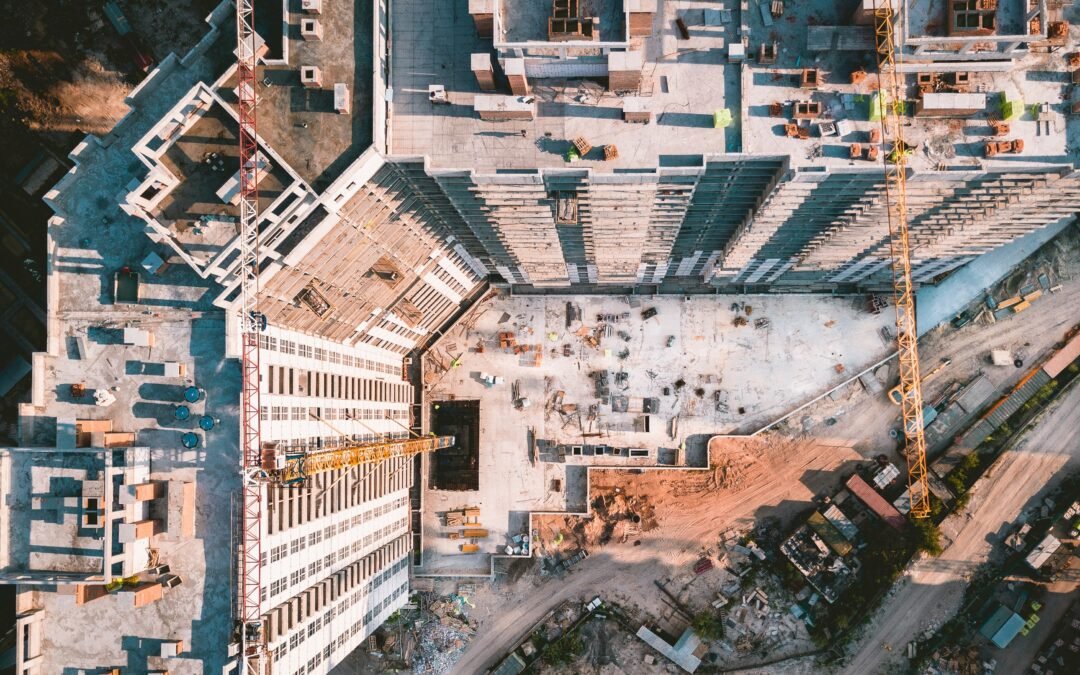 Infrastructure projects in India face an uphill task with staying on budget and adhering to timelines. Part of this is attributable to land acquisition in India, which is plagued with delays arising largely out of litigation. Acquisition-related litigation can relate to the acquisition itself, title over the land, quantum of compensation, or timeline for disbursal of solatium (finalised compensation). A significant portion of this litigation can be eliminated with conclusive land titling and automated compensation disbursal. Further, the Government takes possession of acquired land, and the tender awardee commences execution of the project prior to any underlying disputes being addressed. This results in immense loss to the exchequer when a jurisdictional court stays the acquisition and subsequent project. This can be remedied by ensuring possession of land is taken only once the acquisition is finalised.

The doctrine of ’eminent domain’ in India is firmly rooted in its colonial past. It confers absolute power upon the state to acquire land from private individuals, subject to fact that such acquisition is for a public purpose in consonance with extant law. Compensation has to be provided to landowners at a rate determined by the concerned government/ acquiring authority. In India, the process of acquisition generally involves notification of intention to acquire property, based on which affected parties can tender their objections. Once the objections are considered and the concerned authority arrives at a decision, a subsequent notification is issued notifying the properties acquired by the concerned department for a particular purpose. Subsequent to this, the landowners come forward to claim the compensation [1]. Sometimes, the landowners are also offered relocation. The concerned department takes possession of the acquired property and commences execution of the project. At times, even after the compensation is disbursed and the concerned acquiring authority takes control, if there is any dispute regarding the title of the property, the compensation offered, or the acquisition itself, the parties can approach the jurisdictional judicial authority and seek (inter alia) stay against the acquisition.

This seemingly straightforward process has become a convoluted and long-drawn affair. The acquisition has posed a significant hurdle to infrastructure projects. Approximately a quarter of all Supreme Court litigation pertains to land disputes. Of these, around 30% specifically relate to land acquisition. [2] An acquisition dispute takes on average 20 years to resolve, from the inception of the dispute to final judgment being passed by the Supreme Court. Worse yet, two-thirds of all civil cases in India are related to land/property disputes.[3] It was recently reported that 478 infrastructure projects were facing cost over-runs exceeding 4.4 lakh crore, a primary factor being delay. Acquisition-related delay is one of the main factors resulting in a delay in the execution of projects. [4]

Acquisition of private lands impacts over thirty lakh people. Despite land acquisition-related conflicts occupying only approximately 38% of all land-related conflicts, they account for stagnation in approximately 71% of all documented investments (around 9.82 trillion rupees). [5] Infrastructure related acquisition impacts the most significant number of people, with the three sub-sectors of road, thermal power plants and irrigation dams being the largest sources of litigation. Infrastructure related litigation also single-handedly impacted over 5000 billion rupees of investment. [6]

For over a century, land acquisition was governed by the provisions of the oppressive Land Acquisition Act, 1894 (the ‘1894 Act’), enacted by the British. The 1894 Act not only failed to provide a consent mechanism, but it also failed at providing a redressal mechanism against the acquisition. Landowners could not prevent the acquisition of their property. The 1894 Act also turned a blind eye to persons dependent on the land without titles, such as tenants or sharecroppers. The land was acquired for ‘public purpose’, which was widely defined to include (inter alia) ‘provision of land for a corporation owned or controlled by the state’, ‘provision of land for carrying out any educational, housing, health or slum clearance scheme sponsored by the Government or by any authority established by the Government […]’ ‘provision of land for any other scheme of development sponsored by Government or with the prior approval of the appropriate Government, by a local authority [7] . The 1984 Act also conferred upon the government’ special powers in case of urgency, which permitted the Government to take possession of land needed for a public purpose upon the expiry of 15 days of notifying such land of acquisition. Such possession vested the land absolutely in the Government, free from any encumbrances. The compensation paid was based on outdated estimates, causing loss to land losers. [8]

Some of the difficulties caused by the 1894 Act were sought to be addressed in the Land Acquisition, Rehabilitation and Resettlement Act, 2013 (the ‘2013 Act’). The 2013 Act included a wider range of claimants, defined ‘public purpose’ more strictly [9] , and created more competitive compensation, rehabilitation and resettlement. The 2013 Act also incorporated consent procedure for acquisition and provided for social impact assessment of the concerned project prior to acquisition.

In 2015, the Government attempted to pass an amendment to the 2013 Act titled, ‘The Right to Fair Compensation and Transparency in Land Acquisition, Rehabilitation and Resettlement (Second Amendment) Bill, 2015’ (the ‘Bill’). The Bill aimed to speed up acquisition proceedings by exempting five categories of projects from mandatory social impact assessment and consent for private and public-private partnership projects. The five categories were defence, rural infrastructure, affordable housing, industrial corridors, and infrastructure where the Government owns the land. Further, the sum-total of timelines for the acquisition was proposed to be reduced from 50 months to 42 months on account of social impact assessment for five types of projects being exempted. The efficacy of the Bill is uncertain, given that the social impact assessment only accounts for eight months of the entire process. It also fails to address issues at the heart of the problem – premature final notification of land for acquisition and procedural irregularities.

The Karnataka Industrial Areas Development (‘KIAD’) Act, 1966, implemented in Karnataka, has provided an alternative and efficacious model for acquisition by providing for specific consent and binding agreements. Under the KIAD Act, once a notification is published expressing the intention to acquire specifically identified properties, a landowner can provide the necessary documentation to claim the compensation. Compensation is fixed at rates far higher than the current market price of the property. As long as there is no underlying dispute regarding the title of the property, the Karnataka Industrial Areas Development Board (KIADB) issues a consent award. The landowner then enters into a binding agreement conveying the property to the acquiring authority in exchange for compensation. [11] The landowner is precluded from disputing the acquisition or the compensation at any subsequent point in time. If there is an underlying dispute regarding the property’s title, a general award is passed under Section 12 of the 2013 Act, and the matter is referred to the jurisdictional court. The compensation is deposited before the concerned court while the acquiring authority takes possession of the acquired land.

In 2019, the Niti Aayog circulated the Draft Model Act and Rules on Conclusive Land Titling (the ‘Model Act’), which seeks to leverage the existing thrust to digitise land records to provide conclusive titling (as opposed to the existing system of presumptive titling, wherein a set of documents that vary across states are utilised to deduce that an individual is likely the owner of the property). The Model Act proposes to reduce land-related litigation and smoothen the land acquisition process. It provides a three-year window period within which titles will be considered final [12] . During this window period, any dispute regarding the title of the land will be referred to a ‘Land Dispute Resolution Officer’ [13] . If implemented in harmony with the concerted efforts to digitise land records, the Model Act can eliminate many acquisition-related disputes and reduce losses connected to delays in infrastructure projects.

However, the Model Act itself will not be adequate to eliminate acquisition-related disputes. With advances in technology, it is possible to automate acquisition. Cadastral mapping of lands is an ongoing project that can simplify demarcating land that has to be acquired and identifying its owner. Initiatives such as Dishaank and Bhoomi in Karnataka are examples of existing digitisation platforms that land acquisition can leverage. Subsequently, introducing straitjacket formulae for compensation as a function of market price can automate the determination of compensation. Finally, consent can be digitally recorded, and agreements between landowners and the acquiring authority can be entirely digital, ensuring that the disbursal of compensation is automated. This must be coupled with the provision of modules to acquire authorities and to train its personnel to utilise the software. This eliminates human error as well as complications arising out of the corruption inherent within acquiring authorities. While this may seem daunting, the digitisation of court records has paved the way for a sweeping change of this nature.

Land acquisition litigation is unnecessary and damaging to infrastructure projects. Litigation caused due to disputes concerning the title of the land can be addressed through digitisation and the Model Act. Additional litigation can be eliminated to a large extent by standardising and automating both compensation and acquisition procedures. Digitisation can ease acquisition and reduce delays significantly, especially in urban contexts. This has to be coupled with training personnel within acquiring authorities. These disparate efforts can collectively stem the excessive losses being suffered by the exchequer on account of delays in infrastructure projects.

Pooja Kini is an Associate.

The views and opinions expressed by the author are personal.

[1] The Right of Fair Compensation and Transparency in Land Acquisition, Rehabilitation and Resettlement Act, 2013, Chapter V, No.30, Acts of Parliament, 2013 (India).