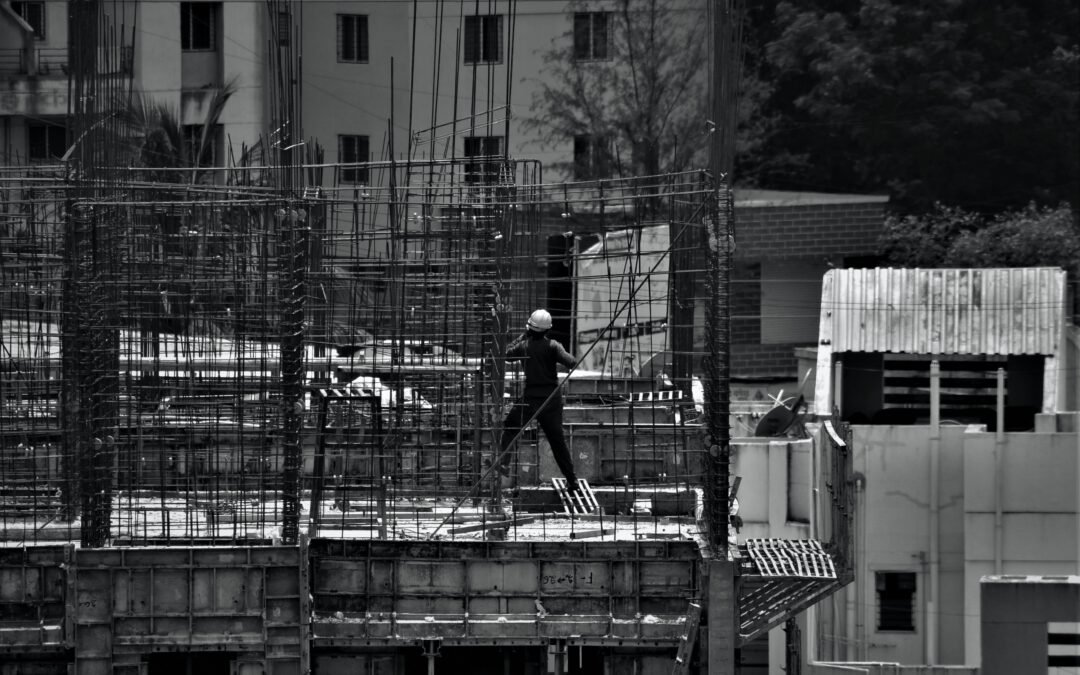 A dispute resolution clause in contracts has become imperative in recent times. Unlike litigation, arbitration must be selected by parties as a dispute resolution mechanism. This may be set out in a separate arbitration agreement or, more commonly, incorporated into the underlying commercial agreement by the inclusion of an arbitration clause. Dispute resolution clauses are often incorporated at the end of contractual negotiations or are dismissed as “boilerplate” and given the standard wordings without any thought to the relevant aspect. But these clauses perpetually have profound ramifications on the manner disputes are settled and the contractual obligations enforced. This article aims to shed light on the various dispute resolution mechanism adopted in Infrastructure Contracts.

Disputes arising out of construction contracts are distinctly different from other forms of disputes. They are highly technical and complex in nature, almost always call for an immediate resolution, and involve a multitude of parties. Construction contracts involve several risks including the adversarial nature of contracts, delay in approval by government bodies and non-approval from concerned government authority and hence, witness a greater need for effective allocation of risk amongst various parties. The challenges faced during construction disputes include high stakes of the infrastructure project, calculation of the quantum of damages, review, and analysis of a large volume of data at the time of the dispute, and the need for technical experts. These factors make arbitrations in the construction sector indispensable. Ascertaining the liability of a party in a string of parties, therefore, requires careful examination of responsibilities and obligations of each party, nature of commission resulting in a breach of obligation, and calculating the quantum of damages.

In India, the infrastructure sector is highly responsible for propelling India’s overall development and enjoys intense focus from the Government for initiating policies that would ensure time-bound creation of world-class infrastructure in the country. It is pertinent to mention that in 2016, India jumped 19 places in World Bank’s Logistics Performance Index (LPI) 2016, to rank 35th amongst 160 countries. [1]

The different types of Public Private Partnership (PPP)Contracts are listed below:

Build Ownand Operate (BOO) – The private entity designs, invests, constructs, manages, maintains and owns the project. The salient feature of this model is that the ownership and the service facility responsibility rest with the private entity. [2]

Build-Own-Operate-Transfer (BOOT) – The private entity partner undertakes to complete a complex infrastructure development project, for which the private entity is granted concession. The government entity provides limited funding or other benefits such as tax benefits. [3]

Build Own and Transfer (BOT) – It is the most common form of concession agreement in India. The private entity is responsible for the financing, construction, operation and maintenance of the project for the fixed period of contractual agreement. During the operation period the private entity recovers its construction expenses/operation and maintenance charges by charging fees, collecting toll or rentals. Thereafter, a fully operational facility is transferred to the government at no cost. [4]

Engineering, Procurement and Construction (EPC)– This model is used for the development of infrastructure projects especially highways. The procurement of raw material, construction costs and other finances are wholly met by the government entity. The private entity participation is limited to providing engineering expertise only.

Hybrid Annuity Model (HAM) – This is another model which is commonly used for implementing Highway projects. The government and private entity share the cost of the project in the ratio of 40:60, respectively. It is a mix of BOT and EPC model. The government entity collects the toll and pays the fixed amount of annuity to the private partner entity for a fixed period as per the contract agreement. [7]

Construction disputes invariably need to be solved rapidly, if only on a temporary basis, and so those involved in the engineering and construction industry have, with the assistance of their lawyers, developed sophisticated techniques for resolving disputes. One frequently used technique, which might be termed the ‘wedding cake approach’, involves building up ‘tiers’ of dispute resolution, from mandatory discussions at senior management level, to mediation, dispute review boards, and finally arbitration. [8]

It is important for the parties to have the right number of tiers in the clause as excessive tiers can lead to delays in resolution. Most standard form contracts include MTDRC’s as their dispute resolution mechanism. [9]

The different types of ADR mechanisms utilized as a part of Multi-Tier Dispute Resolution Clauses (“MTDRC”) include:

i. Negotiation– This stage is an attempt by the parties to ensure that the dispute is resolved in a non-adversarial manner. It involves direct, principal to principal negotiations between all involved stakeholders. It aims at avoiding escalation of the dispute.

ii. Mediation or Conciliation– A neutral third-party is appointed by the two parties who assist them in resolving the dispute.

The difference and between Mediation and Conciliation is mainly based on the fact that a mediator does not actively make decisions for parties whereas a conciliator assists the parties more actively i.e. proposes workable solutions to move forward.

iii. Arbitration– An impartial third party (or parties) are appointed as arbitrators, who makes an award based on the submissions made by both parties and evidence on record.

iv. Expert Determination– This involves submitting specific points of dispute to an expert(s) appointed by the parties who decides based on the materials before him. It may or may not be binding based on the agreement of the parties.

v. Arb-Med-Arb– It is a hybrid between arbitration and mediation which aims at incorporating the non-adversarial nature of mediation and the binding nature of an arbitral award. The parties enter upon arbitration following which the arbitrator necessarily refers parties to mediation. The result of the mediation can then be recorded as terms of settlement by the arbitrator, making it binding. A different problem arises where there are several contracts with different parties, each of which has a bearing on the issues in dispute. Again, this is a situation that is not uncommon in modern international trade and commerce. A major international construction project is likely to involve not only the employer and the main contractor (which itself may be a consortium of companies), but also a host of specialised suppliers and subcontractors. Each of these parties will be operating under a different contract, often with different choice-of-law and arbitration clauses and yet any dispute between, the employer and the main contractor is likely to involve one or more of the suppliers or subcontractors. [10]

Where the parties had not made an express choice of law, the English Court of Appeal accepted that it was fair to start from the assumption that, in the absence of any contrary indication, the parties intended the whole of their relationship to be governed by the same system of law. Starting from that assumption, the ‘natural inference’ was that the parties intended that law chosen to govern the substantive contract also to govern the agreement to arbitrate. Such an approach accorded with previous authority recognising that the proper law of the arbitration agreement would typically be the same as the substantive law of the contract, whereas the lex arbitri would usually be the law of the seat of the arbitration. [11]

The international arbitration law recognises the realities of parties, lawyers, and arbitrators likely based in different parts of the world. They give flexibility to the tribunal and to the parties in selecting a convenient location for procedural meetings, hearings, and deliberations. It may be, for example, that although the seat of the arbitration is Jakarta, the arbitral tribunal finds it convenient to meet to hold hearings in Singapore.[12] In international construction disputes, it is often necessary for an arbitral tribunal sitting in one country to visit the site of the project in another country to carry out an inspection. Equally, it may be more convenient for an arbitral tribunal sitting in one country to conduct a hearing in another country or continent, for example for the purpose of taking evidence.

In this case, the Appellant (NHAI) acquired land in Sayedabad Tea Estate for construction of highways. The National Highways Act provides for acquisition and determination of compensation by the competent authority in accordance with Section 3G(5) of the National Highways Act. If the amount so determined by the competent authority is not acceptable to either of the parties then on application by either of the parties, the amount should be determined by the arbitrator appointed by Central Government. The Respondent being unsatisfied with the award of compensation determined by the competent authority filed an application to the Central Government (“CG”) for appointment of an arbitrator. The CG did not respond to request and then the application was filed to Chief Justice for appointment of arbitrator invoking Section 11(6) of the 1996 Act. The CG then appointed an arbitrator as per Section 3G (5) of National Highways Act after the appointment of sole arbitrator under Section 11(6) of the 1996 Act.

The question arose as to which of the two appointments made was valid. The Apex Court held that the expression ‘subject to’ as used in the Section 3G (5) of the National Highways Act clearly indicates that the legislation intended to give overriding effect to the provisions of the National Highways Act where it relates to the appointment of arbitrator to be made by CG. Therefore, it was held that Section 11 of 1996 Act has no application in the present case.

Arbitrations in relation to infrastructure and construction in India are increasing because of the increased infrastructure related activities by the Government and Private parties. It is considered as one of those kinds of arbitrations that consumes excessive time due to its complex nature. However, it cannot be said to be true because construction arbitrations also can be concluded within a reasonable time, if they are planned well, the understanding of which is very well laid out in this book. The true reason behind the delay in getting final awards in construction arbitrations are contributed by parties including lawyers and claimant, which start at the stage of drafting the arbitration clause till the final arguments.

Arbitration has gradually become the primary adjudicatory method of dispute resolution in the construction industry in India. Use of arbitration to resolve infrastructure project disputes frequently is not an easy one. While advice is plentiful on factors to be considered while making decisions about and how to go forth with arbitration, certain factors assume special importance in the infrastructure context.

Parakram Roy is an alumnus of Symbiosis Law School, with over 5 years of experience in leading law firms. He is currently a practicing advocate. His area of work has been in dispute resolution, civil and commercial litigation, intellectual property rights, contracts and real estate.

Srishti Tripathi is a Final Year Law Student at Government Law College (GLC), Mumbai and is an Associate Editor at IJPIEL.

[12] REDFERN & HUNTER, INTERNATIONAL ARBITRATION, 144, (2015).
This was the case in PT Garuda Indonesia v. Birgen Air [2002] 1 SLR 393 (CA), in which it was held that there was no legal nexus between the arbitration and Singapore simply because hearings were held there.