Expansion of Highways, Environmental Clearances, and the 100 km Rule: To Segment or To Not? 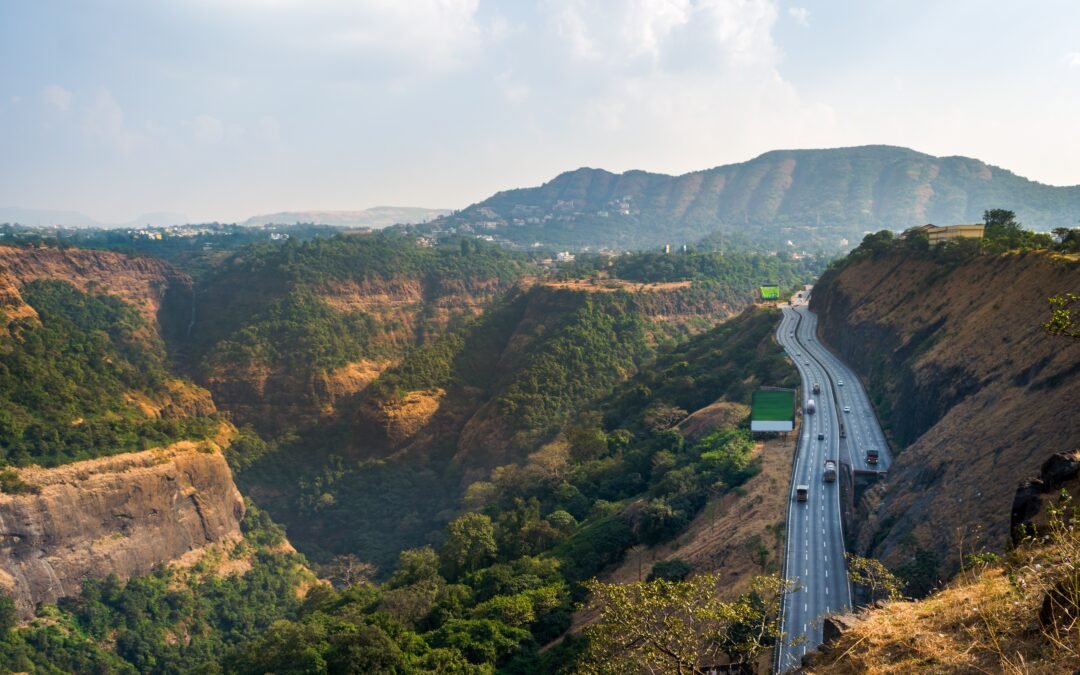 Today’s India is heading towards large scale socio-economic development majorly through the infrastructure route – particularly, the transportation sector. For example, the Bharatmala Pariyojana project which targets the interconnection of various highways pan India through laying down of new highways and expansion of existing ones. Now, what are the environmental repercussions of such a project? There’s bound to be some kind of environmental impact as a result of its implementation and the tools to determine such instances and scale of impact lie in the EIA Notification of 2006 (as amended thereafter). The EIA Notification requires an environment impact assessment (EIA) study to be conducted for certain proposed projects and such projects may be implemented only after procurement of an environmental clearance (EC). This Article is an attempt to (1) critically analyze Item 7(f) of the EIA Notification which prescribes a 100 km rule in respect of expansion of national highways, i.e., a rule that projects involving “Expansion of National Highways greater than 100 km involving additional right of way or land acquisition greater than 40m on existing alignments and 60m on re-alignments or by-passes” only require environmental clearance; (2) critically analyze the position of the Courts in India on this; (3) understand how this may imbalance the equilibrium between environmental concerns and socio-economic development in the country; and (4) emphasize the need for reconsideration and reform in the subject matter.

Expansion of Highways: Exemption from Requirement of Environmental Clearance

Achieving and ensuring a balance between environmental causes and conservation on one hand, and socio-economic development on the other hand, has always been a struggle for the organs of the state, be it the legislature, the judiciary, or the executive. The introduction of an environmental impact assessment requirement (by way of theEIA Notification) was an attempt to achieve a middle ground – ‘sustainable development’.

Following this amendment, there have been multiple instances of highway authorities taking advantage of the said provision by segmenting the highway expansion projects (either 100 kms or more) into smaller packages (each less than 100 km) to avoid falling within the scope of the amended Item 7(f). This has also been tested by the courts in our country, and most recently by the Supreme Court in the matter of ‘The National Highways Authority of India v. Pandarinathan Govindarajulu and Anr.’, closed earlier this year. The aforesaid matter was preferred challenging an order of the High Court of Madras. The judgments of both the Supreme Court and High Court of Madras are critically analyzed below.

The National Highways Authority of India (NHAI) sought to improve and expand NH-45A, a four-lane carriage way in Tamil Nadu and Puducherry, stretching from Villupuram to Nagapattinam, for a distance of 179.555 kms as a part of the Bharatmala Pariyojana project. The NHAI embraced a ‘strategy’ of segmenting/segregating the 179.555 km project into four packages of different extents (as mentioned below) and issued four separate notifications accordingly:

The Project involved widening of the existing highway and laying of new roads for the formation of bye-passes. It is relevant to note that the subject land comprises of a large area of agricultural land and wet land. Contracts were entered into between the NHAI and private infrastructure companies (concessionaires) for carrying out the expansion of the highway, and land acquisition proceedings were underway for the land required for the Project.

Aggrieved by the land acquisition proceedings and the entire project itself (particularly, the commencement of the project without an environmental clearance), a writ petition was filed by the owners of the land, along with two public interest litigations, before the High Court of Madras. The NHAI attempted to justify the segmentation of the project into four parts by stating that administrative expedience necessitated the same. According to the NHAI, if the project were one single unit / not segmented, it could be granted to only a single Concessionaire and by virtue of this, the project could take longer than six years to be completed because of the additional burden on that single Concessionaire; whereas, if the project were to be segmented into four parts as it is presently, each part could be granted to a different Concessionaire and time would be saved in completing the project, which the NHAI intends to complete within thirty months. The High Court of Madras took up this batch of writ petitions and passed anorder on January 08, 2020, partially allowing the writ petitions in terms of the following directions:

The High Court of Madras opined that the need for dividing the entire project into different segments for simultaneous execution of a developmental project cannot be a justification for avoiding EIA requirements and allowing the same would “only engineer statutory abuse and sound the death-knell for EIA.” The Hon’ble Court relied uponvarious foreign judgments, theIndian Supreme Court, and theNational Green Tribunal in concluding so. The Hon’ble Court also opined that the EIA is ‘project centric’, and not implementation centric or concessionaire centric.

Further, the Hon’ble Court pointed out that if an EIA is avoided, then this would also result in avoiding the requirement to explore alternatives available to the NHAI for the project, as is required under Chapter 3 of the EIA Guidance Manual for National Highways. Pursuant to the project, several trees are likely to be felled, and “whether water bodies are likely to be affected, whether such water bodies or trees are the natural habitat for some species”, will not be known unless an EIA study is conducted. This, according to the Hon’ble Court, further explains the significance of EIA and the need for exploring alternatives.

The Hon’ble Court held that segmenting the entire stretch of 179.555 kms is arbitrary, artificial, and most importantly, violative of the environmental laws of the country, as regards the EIA requirements.

It is relevant to note that despite the aforesaid holding, the Hon’ble Court did state that it was in agreement with the High Court of Madras that “segmentation as a strategy is not permissible for evading environmental clearance as per the EIA Notification.” However, as regards whether segmentation of National Highway beyond 100 kms is impermissible under any circumstance, the Hon’ble Court was of the view that an expert committee should be appointed, constituted by the Ministry of Environment, Forest and Climate Change, Government of India, in order to examine the permissibility of segmentation, as the Hon’ble Court lacks expertise of deciding upon the same.

Question of the Hour: Should Segmentation be Permissible?

The Supreme Court seems to have refrained (whether conveniently or reluctantly is a matter of speculation) from deciding on the segmentation of the project as such, and was faithful to the strict interpretation of Item 7(f) of the EIA Notification. Considering the fact that a national highway is a continuous stretch of road, segmentation of the project into smaller parts can be considered fine for administrative expediency and other reasons relating to commercial viability. However, such segmentation should only be relevant with respect to the concessionaire and the parties to the project. As far as the EIA notification and applicable law is concerned, the segmentation of the Project should be immaterial, for the highway is a continuous stretch of road; for all purposes of the EIA Notification, at the very least, the highway must be considered a single unit.  If the project is segmented into different packages for commercial reasons, then such segmentation is material only to that extent. Such segmentation cannot and should not be allowed to pass the test of law as well. This would render the objectives of the EIA Notification futile and purposeless.

Another relevant aspect to be looked into, which was unfortunately not a matter of contention before either of the Hon’ble Courts, is the gap between the original Item 7(f) as it stood before amendment in 2013 and the amended Item 7(f). Now, if segmentation of a highway project (which is more than 100 kms) is allowed, and at least one such segmented package is “greater than 30 KM, involving additional right of way greater than 20m, involving land acquisition and passing through more than one State,” does that not mean that what previously required an environmental clearance no longer requires the same considering the 2013 amendment? Is this not regressive when it becomes more and more necessary to prioritize environmental causes in today’s world? It is all the more relevant to point out that the Central Government has issued the EIA Notification and consequent amendments in exercise of its power under Rule 5 of the Environment Protection Rules, 1986 to ‘prohibit and restrict the location of industries and the carrying on of processes and operations in different areas’. By virtue of the amendment to Item 7(f), there has only been a relaxation as far as the highway projects are concerned, and no ‘prohibition’ or ‘restriction’ as such.

Further, the objectives and intention behind the 2013 Amendment to the EIA Notification must be delved into. The 2013 Amendment is supposedly based upon the recommendations and report of a High Level Committee constituted under the Chairmanship of Member (Environment and Forests and Science and Technology), Planning Commission, vide OM No. 21-270/2008-1A.III dated December 11, 2012 to review the provisions of the EIA Notification and where the terms of reference (TOR) included the requirement to review the requirement of environmental clearance for highway expansion projects up to right of way of 60 metres and length of 200 kms under the EIA Notification. Neither of the judgements of the Hon’ble Courts dive into the contents of the aforesaid report by the High-Level Committee and the intention behind the amendment as such.

Need for Reconsideration and Reform

Though the Supreme Court directed the Ministry of Environment, Forest and Climate Change, Government of India to form an Expert Committee to assess whether segmentation can be permitted for National Highway projects greater than 100 kms, and if permissible, under what circumstances, the Committee is yet to be constituted and there has been no sign of progress on that front. It is crucial that the Apex Court does all in its power to ensure that its directions are enforced in a timely manner, prioritize environmental causes which are the need of the hour, and maybe even reconsider its judgement in the Pandarinathan Govindarajulu matter with a spirit of judicial activism in the interest of the greater good, and the present environmentally conscious world.

There is a general and strong exigency for a more progressive legislation, effective implementation, and jurisprudence in respect of environmental concerns and causes in the country today. The Government, Legislature and the Judiciary must strive to strike a balance between environmental causes and socio-economic development. And at any point of time, if it is inevitably so that such balance cannot be sustained, it must be ensured that the balance tips in favour of environmental causes as opposed to otherwise, for the cost of ‘otherwise’ can only be adverse and expensive.

Ms. Taruna Raju is an Associate at Fox Mandal, Chennai.

Taruna Raju, “Expansion of Highways, Environmental Clearances, and the 100 km Rule: To Segment or To Not?” (IJPIEL, 10 December 2021) 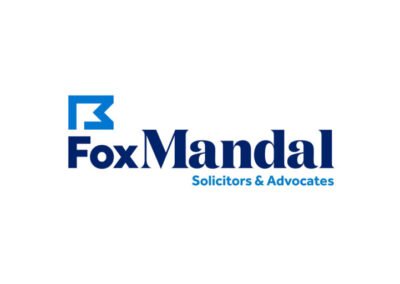 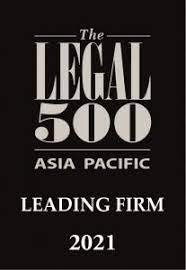