Blowing Away the Cobwebs from the Renewable Energy Sector 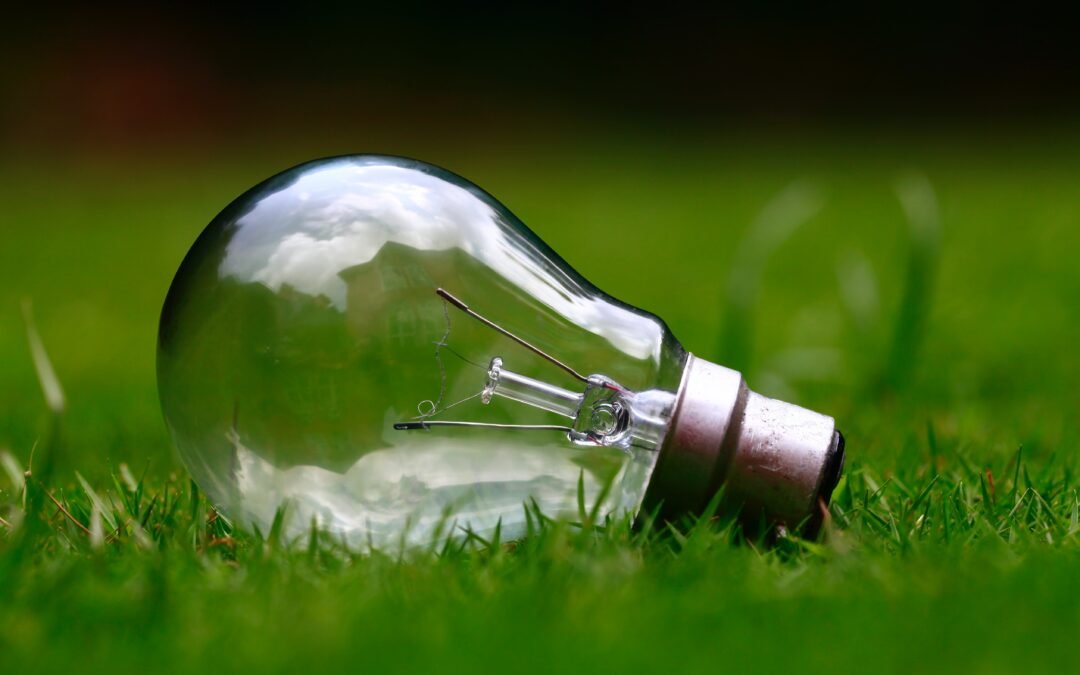 “Our dependence onfossil fuels amounts to global pyromania, and the only fire extinguisher we have at our disposal is renewable energy.”

Climate change has gradually pushed the world from using the traditional non-renewable to renewable sources of energy. Countries across the globe have begun to sensitize themselves to this very issue. In a conference held byUnited Nations Climate Change Conference (UNFCCC) in January 2021, the Global climate crisis was in discussion and the significance of a transition to sustainable energy was deemed important. Executive Secretary of UNFCCC Ms. Patricia Espinosastated that: “Energy is at the heart of the climate change emergency and it must be at the heart of its solution. A swift and broad transition to renewable energy will be essential to achieve the emission reduction goals laid down by the Paris Agreement.”

Electricity Distribution Companies (“DISCOMs”) are the backbone of the financial stability of the country. However, DISCOMs have been facing financial and infrastructure challenges – pre and post COVID-19. Despite such challenges, DISCOMs are trying to establish Non-Discriminatory Open Access to transmission lines.

Open access is considered the backbone of theElectricity Act, 2003 (“Electricity Act”). Open access enables non-discriminatory access to “transmission lines or distribution system or associated facilities with such lines or system” by persons such as the licensee, consumer or, a person engaged in a generation.

However, due to issues such asCross Subsidy Surcharge, Additional Surcharge, Stand-By charges, and Tariff design and rationalisation, there appears to be an imbalance that impairs fair play between consumers and utilities on open access/group captive.

To strike an equilibrium, theNational Electricity Policy, 2005 was introduced to promote a balance between open access to consumers and supporting DISCOMs.

While we discuss the benefits derived from renewable energy sources, one cannot turn a side-eye to Draft Electricity Rules, 2021.

Renewable Purchase Obligation (“RPO”) is a mechanism underSection 86(1) (e) of the Electricity Act and the National Tariff Policy that requires obligated entities to purchase a certain percentage of renewable energy sources to generate electricity.

Green Energy Open Access (“GEOA”) is only available to entities with a committed demand/sanctioned load of 100 kW or more. Currently,Open Access solar projects in India are mainly found in states such as, Madhya Pradesh, Andhra Pradesh, Karnataka, and Chhattisgarh. The minimumeligibility criteria for sanctioned load in most states is currently set at 1 MW or higher. Reduced load requirements will aid in expanding renewable demand while also providing additional green electricity options for smaller consumers. The appropriate commission would develop regulations based on the proposed rules in order to allow‘green energy open access’ to customers who want to use green energy. All open access green energy applications would be accepted in a duration of15 days. The rules also set that there will be no limit on the amount of power available to captive users who use green energy open access.

The Draft Electricity Rules, 2021, seeks to introduce an online portal that would be created to process green energy open accessapplications. The portal should be used to grant permits from various governmental bodies allowing single-window clearance for all green energy open access applications. Even if the application is denied or not pursued for some reason, the reason for the rejection shall be communicated in writing, as the current draft requires. To add on, the draft rules specify that the open-access application is accepted within 15 days or “deemed approved” subject to the Appropriate commission’s technical requirements being met. Further, it is stated about the formation of a regulators’ forum to discuss the common application format that would be adopted by the various state commissioners. Approvals from state DISCOMs, transmission utilities, SLDCs, and other statutory organisations are required.

Currently, cross-subsidization of electricity to residential consumers is subject to a higher tariff rate under the rules of the Tariff policy notified by the Union Government under the Electricity Act. The surcharge for open access consumers purchasing electricity from renewable energy projects will not be increased throughout the twelve-year term following the project’s commissioning. The surcharge will not exceed fifty percent of the surcharge specified for the year in which open access is given. The Draft Electricity Rules, 2021, aims to establish a standard system for calculating all open access charges thereby, the Green open access customers are exempt from the additional cost. If the energy generated by a waste-to-energy project is given to an open access consumer, there is no cross-subsidy surcharge or additional surcharge. A consumer-payable cross-subsidy surcharge would cover the present level of cross-subsidy within the DISCOM’s supply range. If necessary, the state commission would specify standby charges.

Such a model regulation on a standard system for calculation shall be prepared by the Form of Regulators. This regulation of eliminating surcharge on green energy open access is welcomed by the consumers.

Renewable energy projects are quite short-lived. Thus, the uncertainty around it is quite high. Some of the key states havinga majority share of open access capacities have levied cross-subsidy and additional surcharges of Rs 1.5-2.0 per unit for influencing the viability of such projects. The Draft Electricity Rules, 2021 addresses the financial concern by providing relief to such enterprises using renewable energy as they can avail banking on a monthly basis in exchange for the payment of fees to cover additional costs. Such charges will be fixed by appropriate commissions.

Banking as mentioned inRule 8 in the draft be permitted on a yearly basis and the proposed banking cap should be lifted. Alternatively, it is suggested that the States may be able to set their own banking cap and timeframe under the proposed rules.

Furthermore, the Draft Rules consider that reasonable conditions may be imposed during the grant of open access, such as the minimum number of time blocks for which the consumer will not change the capacity of power consumed through open access, in order to avoid high variation in demand to be met by distribution licensees. To strengthen regulatory certainty for corporate consumers, we propose that the requirements to be applied during the grant of open access be set out in the regulations formulated by the appropriate commission for grant of green energy open access.

Users can purchase and use RE in a variety of ways underRule 4(2), depending on their needs. We must point out that the options outlined do not clearly include the option of purchasing green energy through power exchanges. Open access consumers now have access to a new market sector for trading and buying renewable energy, owing to the launch of the green term ahead markets (G-TAM). As a result, the Rules should include green energy procurement through exchanges (such as G-TAM) among the modes of renewable energy acquisition, as well as specify that such procurement will be recognised as RPO compliance discharge. This would give enterprises the certainty they need to broaden their procurement scope depending on their specific needs, allowing for a wider uptake of renewable energy in India. Thus, as per Rule 4, the Procurement of Green Energy should be included within the scope of Renewable Purchase Obligations.

The Rules should allow for flexibility in the context of the requirement to raise purchases in “steps of 25 percent”, allowing for any amount of purchase and consumption if the distribution licensee can acquire and supply such quantities.

According to the Draft Rules, the cross-subsidy surcharge (CSS) should not be increased by more than 50 percent for a period of 12 years after the project is commissioned.Rule 9(a) is the relevant rule, while this would give long-term investors with much-needed regulatory certainty, a gradual, phase-wise lowering of CSS in accordance with the National Tariff Policy, 2016 is required. The National Tariff Policy, 2016 envisages a reduction in CSS. In keeping with this aim, customers who have had open access for more than three years may be given a CSS that decreases over time.

The provision permitting the distribution licensee to claim ‘prudent costs’ in supplying power is vague and to offer corporate consumers with a transparent and predictable green energy tariff, the Rules should fully disclose all costs and charges that a distribution licensee can claim, as well as advise on how these charges may arise in the future.

The way we use energy is changing at a rapid pace. To avoid global temperatures from rising, the switch to renewable energy sources in electricity generation must be made faster. Renewables could provide four-fifths of the world’s electricity by2050, significantly reducing carbon emissions and aiding in climate change mitigation. The Draft Electricity Rules, 2021 is a significant move of how India would witness the growth of the renewable energy sector. The said Rules will boost the plans of the Central Government to optimally utilise renewable sources of energy, under Sections 3 and 4 of the Electricity Act. The renewable energy sector will soon see an improvisation of cash flows through the said Bill. Thus, the Bill will help in the movement from non-renewable to renewable sources of energy.

Ms. Sharmin Kapadia is an Associate at Economic Laws Practice and pursuing LLM in Corporate and Financial Laws from Jindal Global Law School.

Ms. Aribba Siddique is a 3rd year student at Amity Law School Kolkata, and is an Associate Editor at IJPIEL.

Sharmin Kapadia and Aribba Siddique, “Blowing Away the Cobwebs from the Renewable Energy Sector” (IJPIEL, 27 December 2021).