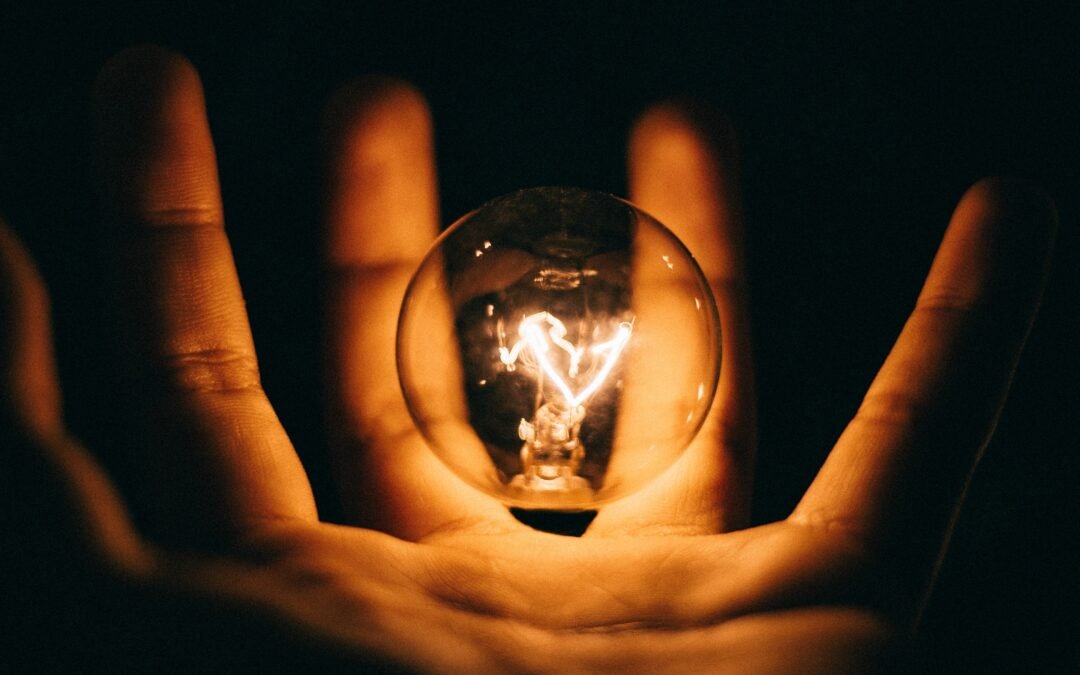 It is the electricity on which the progress and development of the country depends. Socio-economic development and progress go hand in hand. Underlying the quintessential need for electricity and addressing all the nuances of the electricity sector, there have been multiple legislations to cater to the need of people. The article attempts to venture into theElectricity Policy, 2021.  The draftNational Electricity Policy (Hereinafter, NEP) in the light ofThe Electricity Act, 2003 (Hereinafter, the Act) is a framework that focuses on multiple relevant factors, for instance, planning of power generation, emphasis on increasing private participation inpower distribution and many more. TheNEP, first introduced in 2005, is again looked after 16 years to keep pace with changes in climate, technological advancements, and the surge in electricity needs. By virtue ofSection 3(4) of the Act, the power is conferred to the Central Electricity Authority to formulate the National Electricity Plan once in 5 years. Further,Section 73(a) states to form short-term development electricity plans.

Electricity is an essential facet of our life. It is a basic human need[i]. The point to be deliberated in the case [ii] was whether the petitioner can be restricted to using the basic amenities of water and electricity. It was stated that as these basic essentials form an integral part of the Right to Life within the ambit ofArticle 21 of the Constitution of India, therefore, cannot be restricted. In theGovernment of Kerala and another v. Mother Superior Adoration Convent, it was opined that electricity usage is a basic requirement. The supply of electricity at an affordable price available to every rung of the society is crucial. An equally vital aspect is reliable and quality power to the people.

I. The 1910 Act – The Indian Electricity Act, 1910 was the earliest statute to govern electricity.

II. The 1948 Act – The Act obligated the creation of state electricity boards. It aimed to nationalise the production and supply of electricity.

III. The 1998 Act – The creation of a central regulatory commission took place.

IV.The 2003 Act – Due to the poor performance of the state electricity of boards, under the previous Act, mandates the government to enact a new legislation. The said Act aims to:

1. Is the National Policy, 2021 farsighted with respect to environmental protection and concerns?

2. Whether the Policy highlighted ways to counter the dependency of thermal power plants on coal usage?

3. Does the Policy have a binding nature or not?

The article delves to find out the government’s emphasis in the electricity sector through the Electricity Policy Act, 2021. Electricity being a necessity, the policy stands at a higher pedestal than any other law for the welfare of the people. Moreover, also India is a welfare state. In the end, the criticism and positive assertions are entailed to give a lucid picture of the policy in toto.

The Hon’ble Supreme Court of India inGJ Fernandez vs. State of Mysore & Ors analysed the nature of the instructions mentioned in the Mysore Public Work Department Code regarding the question of having legal force or not. The Court held that to have statutory force; it must be vivid that the issuance of the instructions is either under the authority conferred on the Government by some statute or under any provision of the Constitution.

The Black Law Dictionary defines policy as, “The general principles by which a government is guided in its management of public affairs, or the legislature in its measures. This term, as applied to a law, ordinance, or the rule of law, denotes its general purpose or tendency considered as directed to the welfare or prosperity of the state or community” [iii].

In other words, public policy implies a body of principles behind the law, which seeks to address social, moral, economic values and many more.

Hydro Capacity – Due to the negative impacts of coal usage, regarding ill effects on pollution, the Act emphasises increasing the capacity of Hydro generation of power. Most recently,the shortage of coal has increased people’s agony. This highlights that, to a significant extent, we are still dependent on coal. There has been a manifold news article that threw light on the fact that the state is losing a significant unit of power due to recent (October 2021) coal shortage. As a consequence, thedemand-supply gap has widened. This shortage also points out having an alternative source of energy if any unforeseen incident happens in the future. Theincrease of hydro capacity is in terms with the International Energy Agency (IEA) and expects our country to add by the year 2030 around 26,000 megawatts (MW) of hydropower projects. Currently, 207 hydropower projects are running in the country with a capacity of 46,209 MW.

Environmental issues – Coal has benefited many, mainly because it is cheap and abundant in Indian geography. While on the other hand, it also leads to some harmful emissions in the atmosphere. Hence, making it the world’s fastest-growing coal consumer. Keeping in mind the high demand for coal in India, it becomes important to understand the ill effects on the environment. In the case ofK.M. Chinappa v. UOI the meaning of environmental law was adopted. It means an instrument to protect the environment. It also prevents any act or omission likely to pollute the environment.

InCommon Cause v. UOI, the court held that 1993-94 is the base year to consider the pollution load while proposing expansion. EIA is mandatory in all mining operations. EIA is applicable to the renewal of a mining lease.

Power Quality – One of the major challenges our country faces is frequent power cuts. To tackle it, the introduction of deviation settlement mechanism is introduced. The Central Electricity Regulatory Commission (CERC) has issued the draftDeviation Settlement Mechanism (DSM) and Related Matters Regulations, 2021. These regulations apply to all entities engaged in the sale of electricity.

Research and Development and incorporation of new technologies – By virtue of the adoption of new technologies, like smart grid, it is expected that the losses in distribution will be reduced. Also, it focuses on the usage of hydrogen storage.  These advanced technologies include advanced sensors known as Phasor Measurement Units (PMUs) that allow assessing grid stability, provide automatic report outages. These automated feeder switches re-route power around problems.

Disaster risk reduction – The power Sector is one of the most crucial sectors, and to avoid unexpected natural calamity, it is required to form stringent disaster risk avoidance methods.

Coordinated efforts – Electricity comes under the concurrent list.Article 245 of the Constitution of India deals with the subject matter of distribution of legislative powers between the Union and the States and has been explicitly penned down under the provisions (Articles 245-254). A common platform for discussion on electricity subject matter between states and centre is key to a successful implementation of policies. The model of federalism in India is ‘cooperative’, as was held by the Hon’ble Supreme Court in theState of Rajasthan v. Union of India.

Cooperative federalism is a provision for the distribution of powers; however, these powers are to be exercised jointly by the Centre and the states. Hence, pointing to interdependency.

Skill Building – Human Resource management is paramount, and the Policy focuses on strengthening human resources by providing them with necessary training at regular intervals.

Creation of Electric Vehicle – The launch of several schemes like the National Electricity Mobility Mission, 2020, will incentivise to switch to cleaner energy sectors. In May 2021, the government introduced aProduction-Linked Incentive Scheme (PLI) for Battery Storage Manufacturing, which will support the requisite infrastructure.

Power Markets – An aggregator is a new type of energy service provider that aids in increasing or moderating the electricity consumption of a group of consumers according to total electricity demand on the grid. Aggregators will help reach out to small producers to reach market and generate renewable power. To promote competition and investment, the involvement of independent aggregators in the market with residential consumers should be made easy in compliance. Consumers will benefit as they will be able to choose from a wide range of affordable electricity offers.

Regulatory Process – Regulatory process has a high stake in maintaining transparency in bidding, tariff setting and many more. The regulatory mechanisms should focus on tasks such as market monitoring, demand response.

Grid Operation – In the NEP, these microgrids should preferably be powered by renewable sources of energy.

Nuclear Power – Nuclear power plants being among one of the cleaner energies the Act promotes its usage. However, the safety measures that should be properly undertaken are also emphasized.

Renewable Energy – The ill effects of coal mining dominate the economic benefits. As it affects to alarge extent the nature. Recently, theUNHRC recognised access to a clean and healthy environment as a fundamental right, adding weight to the global fight against climate change. The recognition of the human right to a clean, healthy and sustainable environment includes protecting people and the planet. It encompasses the air we breathe, the water we drink, the food we eat.

Thermal Generation – The Act entails that we cannot lose sight of the fact that coal is rife in India despite environmental challenges. Hence, the strategy should be that to find a middle path, to amalgamate the procedure of finding a way out to take account of the ill-effects of pollution. Adequate coal supply should be made to meet the requirements of the power plants. India also has the 4th largest reserves of coal.

Transmission – According toSection 73 of the Electricity Act, 2003, short-term plans for the development of electricity can be formed. The principle is that there is no pre-condition for prior entering into a contract for the planning transmission system. The transmission projects can be categorized in two ways: Firstly, transmission should cater to the end customer’s needs. Secondly, system strengthening could transfer power to regions where availability is high.

Distribution – “Distribution” is the focus area of the Act as it connects to consumers. Rural electrification is a prime focus in distribution. According to Section 6 of the Electricity Act, 2003, it is mandated both to the state and central government to achieve in this direction. The model PPP is favourable in the introduction of privatisation and delegating the work assigned to the private players, enhancing the efficacy. The Ministry of Power has notified through theRight of Consumers, Rules 2020 to compensate the consumers if any deficiency in service.

While reading the draft, it can be found out that the public-private partnership in electricity distribution has been considered as one of the effective ways to improve efficiency and enhance consumer satisfaction. With this, the Centre has invited competition amongst power distribution companies, and wide areas have been opened for the private. Moreover, the draft of NEP stated, India is committed to adding more non-fossil sources of generation; coal-based generation capacity may still be required to be added in the country, due to its cost-effectiveness. The NEP has put in place several novel insights, starting from the need for microgrids in remote areas, power market, and investment in hydro generation. Fuel security is one of the major concerns of Indian policy-makers, as the country lacks resources to the extent of the availability of coal to keep pace with the growth. A very strategic and positive step taken through the draft is the encouragement of the creation of a market, infrastructure for electric vehicles.

Kajal Priya is a 4th Year Student at National University of Study and Research in Law (NUSRL), Ranchi. 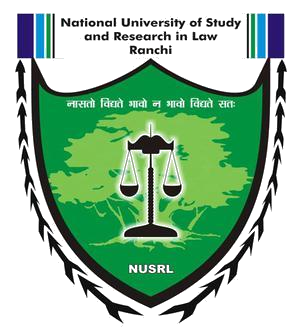