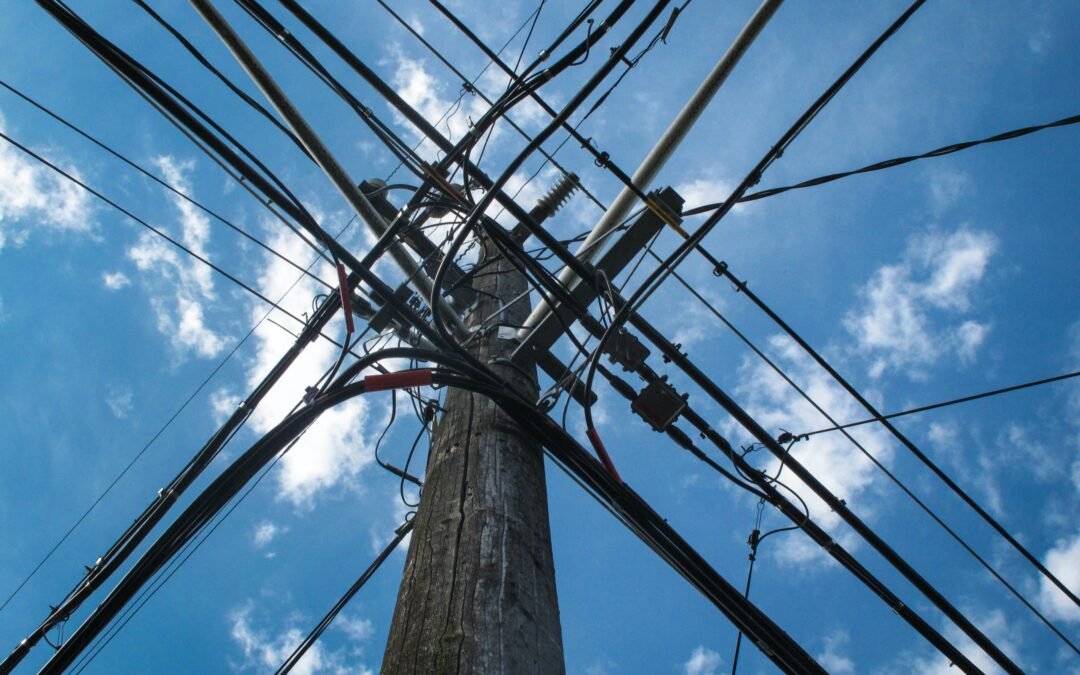 As demonstrated in the satellite image below, Africa has a lower supply of electricity than any other region in the world. These low levels of electricity supply in the continent have a negative impact on the region’s economy. Power utilities in the region are also cash strapped because of operational inefficiencies and system losses that undermine the power utilities’ ability to repay loans or maintain funds. This article studies the power systems in Africa and endeavors to suggest digitalization of electricity systems to ensure smooth functioning of the power systems. These digitalization efforts would, among other things, reduce operating expenses; improve capital efficiency translating to higher profits; extend asset lifetimes and enhance performance resulting in power reliability as well as increased customer satisfaction, and will create new areas of business for power utilities such as energy management and smart energy efficiency. 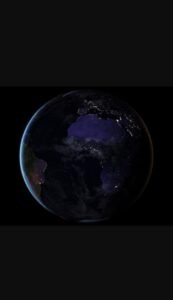 Source: Compiled by the Suomi National Polar-Orbiting Partnership satellite with data from the NASA Earth Observatory

It isestimated that approximately 1 billion people in the world lack access to electricity and of these 1 billion, 600 million are in sub-Saharan Africa. Various studies have quantified this lack of electricity as follows: Africa has 15% of the global population but only 3% of power; 2 out of 3 Africans do not have electricity; and Africa’s generating capacity combined does notexceed that of Spain. In fact, those who are in Africa who have access to electricity, don’t really have exposure to a dependable power source, which is due to insufficient and aged power infrastructure. These low levels of electricity supply in the continent have had a negative impact on the region’s economy. According to theWorld Bank, if the continent had continuous energy supply, its economy would grow by two percentage a year, on average. Africa also has low per capita electricity consumption and yet high electricity prices by global standards. Other challenges faced in Africa’s electricity landscape are a high degree of system losses as well as poor management and system planning.

Characteristics of Power Systems in Africa

Power systems across the African continent share a number of similarities. Firstly, a majority of African countries depend on centralized power plants, fired chiefly by heavy fuel oil or coal. Secondly, the electric power industries of most African countries operate as government-sanctioned monopolies that are charged with the production and delivery of power as well as the management of expansive electricity grids. Thirdly, power flows from centralized generators to decentralized end-users with the end-users exercising little control over their electricity usage. Finally, the power systems grapple with inefficient energy management, improper control actions, grid faults and human errors due to the fact that the utilities and transmission companies lack real-time control or monitoring of grid systems, and real-time usage of consumer devices.

Changes in the Power Sector

Whilst these realities largely characterize power systems in Africa, the continent has begun witnessing changes since past few years. A growing rollout of large-scale renewable energy projects spanning Sub-Saharan Africa is eroding the dominance of centralised, fossil fuel plants. For example,Kenya inaugurated the Lake Turkana Wind Power Farm in July 2019, which is now Africa’s largest wind farm, supplying 310MW of power to the national grid.Senegal built the Taiba Ndiaye Wind Project in December 2018, which is generating 158MW of reliable, low-cost energy and started putting electricity into the Senelec system in 2020. Despite suffering from development challenges, Ghana’s proposed Nzema Solar Power Station isexpected to be Africa’s largest installation of its sort. The Nzema Solar Power Station, which is made up of 630,000 solar photovoltaic modules, is planned to boost Ghana’s electricity generation capacity by 6% and power over 100,000 houses.Morocco is already on track to meet 42% of its energy requirements with renewables, with 2GW of solar and 2GW of wind power being installed throughout the country. Under the Renewable Energy Independent Power Producer Procurement Programme (REIPP), South Africa signed 27 power purchase agreements (PPAs) worth USD4.6 billion with independent power producers (IPPs) in 2018. REIPPadded nearly 5,000 megawatts of power capacity to the country’s national grid by 2020. It is estimated that inEthiopia, the Grand Ethiopian Renaissance Dam (GERD) project along the Nile River will supply 6,000MW of hydropower to the country once it is rolled out to function.

In addition, a number of African countries, such as Kenya, Uganda, Nigeria, Ghana, Namibia, Zambia, and Zimbabwe, are already in the process of unbundling their electricity businesses from regulated monopolies to competitive markets in order to improve services, enhance productivity, foster innovation, and lower cost of electricity. Furthermore, African countries are tackling power access issues mostly through grid expansions and mini-grids, with mini-grids being preferred for rural regions because extending the grid to places with limited concentration of people isn’t reallycost-effective. These market reforms along with the rise of distributed energy and increased renewable energy capacity are complicating centralized grid management. Commercial and industrial customers in numerous sectors such as mining, cement, fast-moving consumer goods, food and beverages, and telecommunications are keen on reducing energy costs and are increasingly building energy management systems thus complicating centralized grid management further. A growing number of businesses also want to self-generate and sell excess power back to the grid and several countries havepassed legislation to enable the same.

Another evident change is the digitalization effort in Africa’s power sector. A good number of African countries have energy policies and power master plans that make provisions for digital modifications to generating units, the installation of sensors to transmission and distribution networks, the renovation of obsolete Information and Communications Technology (ICT) infrastructures, etc. For instance, in 2018, the West African Power Pool (WAPP) engaged General Electric to undertake a turnkey grid digitalization project that would enable remote monitoring as well as visibility of the entire grid; across WAPP members permitting a connection of real-time, 24-hour, and intra-day marketplaces with the operation of the power and ensuring electricity is purchased at the best price throughsmart meters. Tanzania was among the first countries to introduce an online meter payment platform. Kenya’s utility, Kenya Power, is providing smart electricity meters to its customers in urban areas while South Africa and Nigeria are recipients of institutional funding for investment in new smarttransmission infrastructure.

Although these changes are still incipient in Africa, they will become more pronounced over time, if the global energy scene is anything to go by. The recent Glasgow Climate Pact acknowledges that the use of fossil fuels is the largest contributor to Green House Gas (GHG) emissions and calls on countries to phase down inefficient coal and roll back fossil fuel subsidies. As a consequence, numerous industrialized countries are transitioning from a fossil fuel-dominated energy regime to renewable-based energy systems in order to promote measures to limit global warming. According to the International Renewable Energy Agency (IRENA) renewables will provide the majority of global energy at86% by 2050. With the increase of prosumers in Europe as well as renewable distributed energy resources, utilities have beenimpelled to make costly upgrades to distribution grids to handle excess supply and demand. In recent years, capital expenditures for the largest power utilities in the United States of America have been spenttransforming their operations and systems with digital technologies wherein using technology and analytics to improve with plant efficiency, monitoring checking power lines, performing preventative analysis and other asset-management tasks, optimizing rescue efforts to disruptions, supporting field employees, and engaging customers are just a few examples.

It is worth noting that only decisive action by utilities can ensure access to reliable, affordable, and clean power and spur the transformation of power systems in Africa. However, power utilities in Africa are in precarious cash positions owing to the fact that regulators set low electricity tariffs. Utilities are thus unable to price electricity to cover production costs and consequently cannot attract or repay investors. Further, utilities are generally risk-averse and slow to adapt to the changing landscapes due to the pressure from shareholders seeking stable returns. Systems losses are another notable impediment to electricity access efforts in the continent. High systems losses undermine utilities’ ability to repay loans or fund maintenance needs and in turn hamstrings energy access.

There are certain threats to the profit earning capacities of power distribution companies as suggested by the African Development Bank’s in their Electricity Regulatory Index report for Africa 2020. These threats include the emergence of stand-alone renewable energy systems, net-metering, demand-side power management, energy-efficient devices, and cutting down of carbon emissions. However, in reality, these power utilities could use smart energy in their devices to help the system match demand with fluctuating renewable energy supply and energy storage could back up the grid and utilities could utilize digitalization to ensure smooth functioning of their power systems. These digitalization efforts would then– reduce operating expenses which could translate into more affordable power; improve capital efficiency translating to higher profits that can be channeled to investments in new generation and transmission projects; extend asset lifetimes; enhance performance resulting in reliability as well as increased customer satisfaction and create new areas of business for utilities such as energy management and smart energy efficiency.

Blockchain and the Internet-of-Things (IoT)

The Internet-of-Things (IoT) is a term of art for technology that allows smart devices to communicate with each other. Blockchains on the other hand are shared and distributed database that securely stores information in digital format without the control of a central entity. Although IoT and blockchains are rarely discussed together, they present a secure mechanism for connecting a large number of devices, which powerful synergy can prove useful to power utilities. Blockchains would permit power system transparency by creating records of all transactions across the entire power sector value chain while IoT would be used to monitor both the grid infrastructure including assets and devices connected to it thereby allowing utilities to forecast supply and demand; monitor infrastructure health, enhance grid resilience as well as facilitate energy trading (metering and billing). There are already a number of use cases of blockchain and IoT by power systems.Enel X, for instance, is developing South America’s first Network Digital Twin which connects all physical power systems and devices on São Paulo’s electricity network infrastructure and integrates all existing data in real time to improve asset location and management, optimized network operation and emergency management.

Indeed, digital innovation and particularlyblockchain and theinternet of things (IoT) are quite practical techniques that utilities in Africa can employ to manage the increasingly complicated electric power systems. Blockchain can assist in building trust, reducing costs, accelerating transactions and allowing IoT devices to participate in new forms of digital interaction. Both forms of digital  innovation can also come in handy in: improving the function of markets; efficiently operating transmission and distribution grids; streamlining power and capacity for increased efficiency, affordability and sustainability; assisting with enabling the real-time coordination of electricity supply and demand data, and monitoring and controlling energy performance; improving both demand and supply side efficiencies and increase trust in public utilities as they make corruption far less likely since they do not require the use of a central utility.

If Africa is to provide access of electricity to its entire population, leapfrog its way into a green recovery and foster long-term development of the continent, African utilities must make use of innovation and disruptive technologies to increase the level of security, efficiency, availability and durability of their power systems. Modern technologies, such as the Internet of Things (IoT), provide enormous benefits to the electrical sector, such as better asset management. As a result, it will be easier to deal with issues like ageing infrastructure and effective revenue collection, both of which are critical for a municipality’s long-term viability. IoT has the potential to cut labour size and operational costs. Asset condition monitoring via smart sensors can also help to avoid downtime and unnecessary maintenance. Indeed, it provides utilities with advanced technologies to adopt and harness in order to discover new methods to explore and extract incremental value from grids. Although the African utility’s challenges to adopting these new IoT tools can be high, the risk and expense of not doing so is far higher.