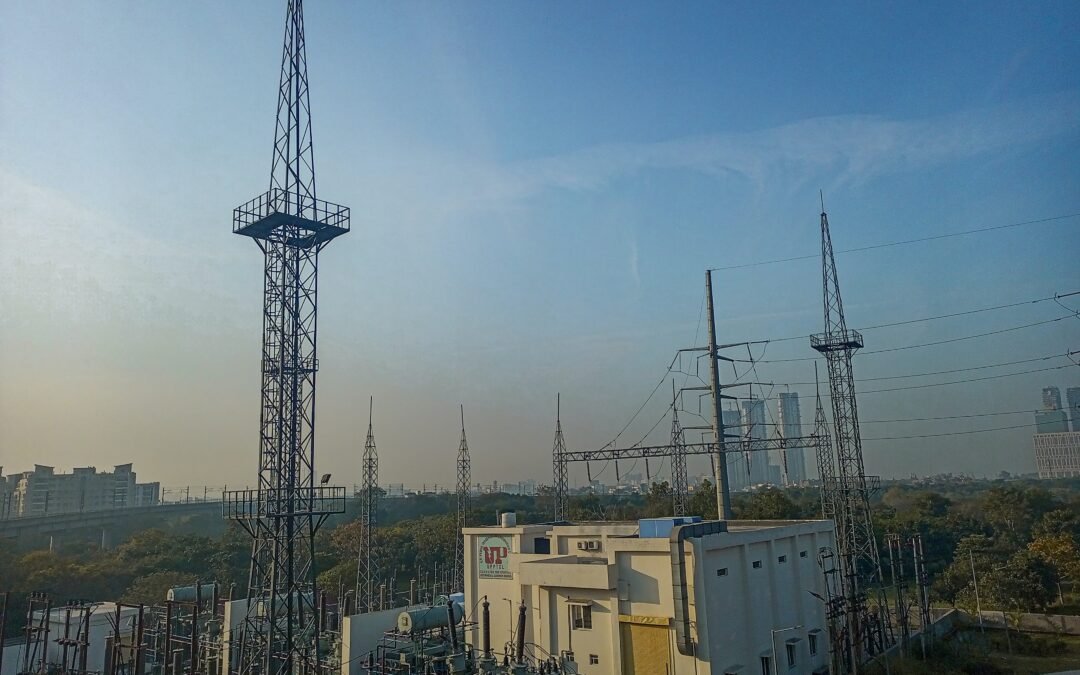 Presently, the state DISCOMS have a monopoly over the electricity distribution sector with only 10 per cent of the population being served by private distribution licensees. Such monopoly however does not make the sector profitable for the state DISCOMS and they end up incurring losses every year with a total estimated loss of Rs. 90,000 crores in FY 2021 and an estimatedgross debt of Rs. 6 lakh crores by March 2022. Despite the same, the strength of their monopoly is such that although the loss-making DISCOMSowe an amount of Rs. 67,917 crores as of March 2021 to the generating companies, it is the latter who are at the mercy of DISCOMS and are unable to migrate to another player because of the absence of competition. On the other hand, the debt-plagued DISCOMS are unable to invest in the necessary infrastructure for high-quality power or  facilitate their transition to renewable energy. Indian DISCOMS still clock 22% ofAggregate Technical & Commercial (AT&C) losses, which is a global high and are plagued by power theft, poor payment collection procedures, and inadequate tariff hikes. The state utilities have been mismanaged over time which has given way to aculture that suffers from lack of accountability, has distorted internal communication, endures the apathy of management towards capacity building, has obsolete technology and demonstrates inefficiency in business processes.

The COVID-19 pandemic has had a worsening effect with a reduction in demand from high paying commercial and industrial (hereinafter referred to as ‘C&I’) customers who seem to be migrating to renewable sources with a fall in their price. It has been estimated that a decline in sales to C&I consumers led to an increase in subsidy dependence of DISCOMS to one trillion rupees in 2020–21 due to the rising revenue gap. Theoutstanding dues of the DISCOMS were also accelerated by the pandemic and they stood at a debt of  Rs. 1.39 lakh crore as of October 2020, breaching the 2015 pre-UDAY peak of ₹ 1.3 lakh crore.  Dues to the generating companies further witnessed a sharp increase at 34.4 per cent year-on-year to more than one trillion rupees as of October 2020. Although a liquidity infusion scheme of Rs. 90,000 introduced in May 2020 as well as the “Revamped Distribution Sector Scheme – A Reforms based and Results linked Scheme” (hereinafter referred to as ‘RLRBSD’) with an outlay of Rs.3,03,758 crore set out in 2021 have helped DISCOMs with immediate debt repayments, profitability may not be achieved without concrete reformative changes in the structuring of the sector. Interestingly, it can be inferred that delicensing the distribution sector along with providing a relief package for state DISCOMS, both of which were announced in the Budget Speech 2021-22, were concurrent measures to remove the financial woes of the state DISCOMS for the entry of competition. Alas, the latter is yet to be achieved!

On careful scrutiny of all the above stated, one finds that it is the urban and specifically rural consumers who are impacted by the failure of the distribution sector and are subjected to an interrupted supply of electricity.  Delicensing and subsequently privatization of the distribution sector is aimed at increasing competition in a fundamentally monopolistic sector and provide the consumers with a choice in terms of their supply licensee. This will in turn lead to lower tariffs and an uninterrupted supply of electricity for all. While privatization is being gradually implemented in the Union Territories with relative ease, their smaller and concentrated geography along with being under the central control may qualify them as exceptions to the challenges in implementation.

Privatization at the State Level

It is important to note that thestandard bidding document promises to give the successor entity a clean balance sheet, thereby burdening the states’ to takeover the debt portfolio of the DISCOMS prior  conversion.   Such treatment of the outstanding losses and debt hence essentially needs elaboration so as to enlist states’ participation. Some states individually have had their brushes with the privatization model in the past and therefore it is important to view their case studies to assess the gaps and issues with its implementation.

Unbundling and privatization of Delhi Vidyut Board in 2002 to form a joint venture(hereinafter referred to as ‘JV’) now called the Tata Power Delhi Distribution Limited (hereinafter referred to as ‘TPDDL’) has been hailed as one of the pioneer models for private-public partnership in the distribution sector. Themodel provided full autonomy to the private investors to manage the business while providing government oversight with representation on the JV board. Since its implementation,the AT&C losses in the area have been cut short from 55% to 7.5%  that in turn have saved Rs.1.2 lakh crore and contributed to tariff reduction. The private transition also supported thewelfarist state agenda with all existing employees being transferred to the newer companies with benefits. The reformative strategy of Tata’s helped reduce power theft, increased use of technology, made use of electronic metering at homes and employed a competent team of professionals in the management which led to an exponential increase in revenue flow. Since the start of its operations, TPDDL has paid about $58 million individends to its shareholders– Tata Power and the Delhi Government, which has allowed the latter to invest in related infrastructure including metros, roads, flyovers etc. while additionally saving in on subsidies. It therefore, serves as the base model for the government which should ideally take in recommendations of all stakeholders including employees, local population etc. and customize an implementation model based on geographical and social needs of the area wherein the DISCOM is located.

Although severalprivate companies distribute electricity in Mumbai, with losses largely being low, there seems to be little success in driving up the competition.Migration to a different network is unviable in light of the heavy regulatory charges and surcharges with suppliers cherry-picking high paying C&I consumers. . Hence, when it comes to privatization, Mumbai offers insights into the complex problem of operationalizing retail choice. Lessons need to be learnt for defining clear criteria which govern the entry and exit of players as well as clarity on aspects of the duty to supply along with the cost-plus tariff regulation which impact competition in the market. Mumbai along with Dadra and Nagar Haveli, Daman, Diu and Chandigarh are live lessons to the governments to dissuade cheery picking by private players when they enter the fray, since the practice inadvertently acts to the detriment of the end consumers.

Odisha spearhead the privatization race by becoming the first state to divide its distribution segment into four regional utilities and then proceeded to privatize them in 1999. Itsfirst attempt was however met by failure wherein the distribution licensees were unable to pay for the power and the overall AT&C losses remained above 38%, resulting in a cumulative loss of over $250 million in 2012–13.  This was accompanied by the private firm-US based AES Transpower, which had the majority stake in two regional utilities leaving Odisha and the distribution license of all Reliance owned DISCOMS being cancelled.Cancellation of franchisee contracts has also been witnessed in states like  Maharashtra, Madhya Pradesh, Uttar Pradesh, Rajasthan and Jharkhand. One of themain reasons for the failure of privatization in Odisha has been accounted to the inability of private players to realize costs from end-users and reduce distribution loss by making necessary investments and initiating administrative reforms. Subsequently, some parts of Odisha adopted a franchisee model which was able to achieve a 23% AT&C loss between 2013-2017 accompanied by a doubling of the overall collection. The state had in 2020 reignited its bid for privatization with Tata Power emerging as the forerunner in all of its bids. It serves as a glaring precedent that privatization may not be the panacea for the debt-ridden distribution sector unless it is accompanied by administrative and functional reforms along with a sound implementation model.

The above-stated experiences with the entry of private players make it abundantly clear that although delicensing and privatization are viewed as the appropriate steps to rid the DISCOMS of their woes, experience in this domain remains variable with implementation acting as its key. To add to the above, privatization accompanies with itself the sense of loss of the welfarist nature of the state which poses a significant challenge to its introduction. In many states, the idea of privatization of DISCOMS is most often met by protests fueled by the fear of loss of jobs, loss of subsidized tariff for residential and agricultural sectors and absence of state jurisdictional authority. This was witnessed again in 2020 at Uttar Pradesh wherein numerous protests were organized by employees fearing job loss and subsequently led to the sacking of aproposal of privatization of Purvanchal Vidyut Vitran Nigam Ltd (hereinafter referred to as ‘PVVNL’). Power employees and engineers under the banner of the National Coordination Committee of Electricity Employees and Engineers (hereinafter referred to as ‘NCCOEEE’) have alsodemonstrated protests against these provisions. Since ‘electricity’ falls under the concurrent list, many states including West Bengal, Tamil Nadu and Kerala have accused the Centre of usurping their authority in the matter of privatization of DISCOMS. It is to be noted that states require the DISCOMS to supply electricity to the agricultural sectors and poor households at minimal or no cost causing a huge revenue shortfall. This is then recovered by charging higher tariffs from C&I customers. One of the primary intentions behind privatization is to make the state DISCOMS profitable by introducing competition, however, it is feared that with delicensing, most state DISCOMS will lose C&I customers to the lower tariff offered by private players who are not burdened by low paying customers. This in turn will lead to the state DISCOMS being unable to cover their shortfalls and eventually may go on tothreaten their existence.

Another challenge for achieving commercial viability for full-scale privatization is consideration of geography and consumer mix. Given the difference in tariff for rural and agricultural consumers coupled with the difficulty in billing, collection and metering,the cost of serving can be high in such areas. Further, migration of customers from existing networks can also lead to an increase in cross-subsidy surcharge. The proposed amendments allow competing DISCOMS to either share the existing network of electricity distribution or set up a new network operation. This again may lead to duplication of resources increasing consumer costs.

It is abundantly clear from the above analysis that although privatization may be the stepping stone for the financial flourishment of the distribution sector, effective implementation is the key towards its adoption. Suchimplementation and domain expertise are required both at the level of the government and the successor private entity to navigate through the issues concerning existing PPAs, asset transfer, treatment of dues and other legal concerns. It is necessary for private players to take stock of the ground conditions via state-wise assessment of baseline parameters. Additionally, the government must implore the private entity to secure the rights of the employees and local communities to quell any social distress. Implementation model must be customized keeping in mind the cultural and topographical needs of each state and it may be advisable to implement them in phases or via a franchisee model first rather than unleashing public mayhem which is feared to be trigged by an outright imposition of the private model. Further, it is also important that government assess the credit profile of the investors participating in DISCOM operations. Since the standard bidding document proposes to rid the DISCOMS of their past liabilities before the transfer, which means that it is essentially the public exchequer that shall be used to provide a clean slate to the private players, it becomes equally important for the government to have a stake in the regulation of the newly formed private entities. In the end, all of these measures are being adopted to improve the sector’s economy along with the customer experience and a symbiotic public-private participation is hence essential for its sound execution.

Ms. Swadha Sharma is a 3rd year law student at USLLS, GGSIPU. She is also an Associate Editor at IJPIEL. 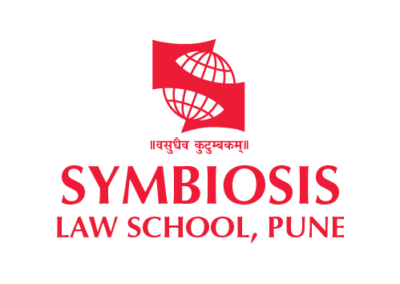