Climate Technology in the Present-Day World: A Development of Paramount Importance 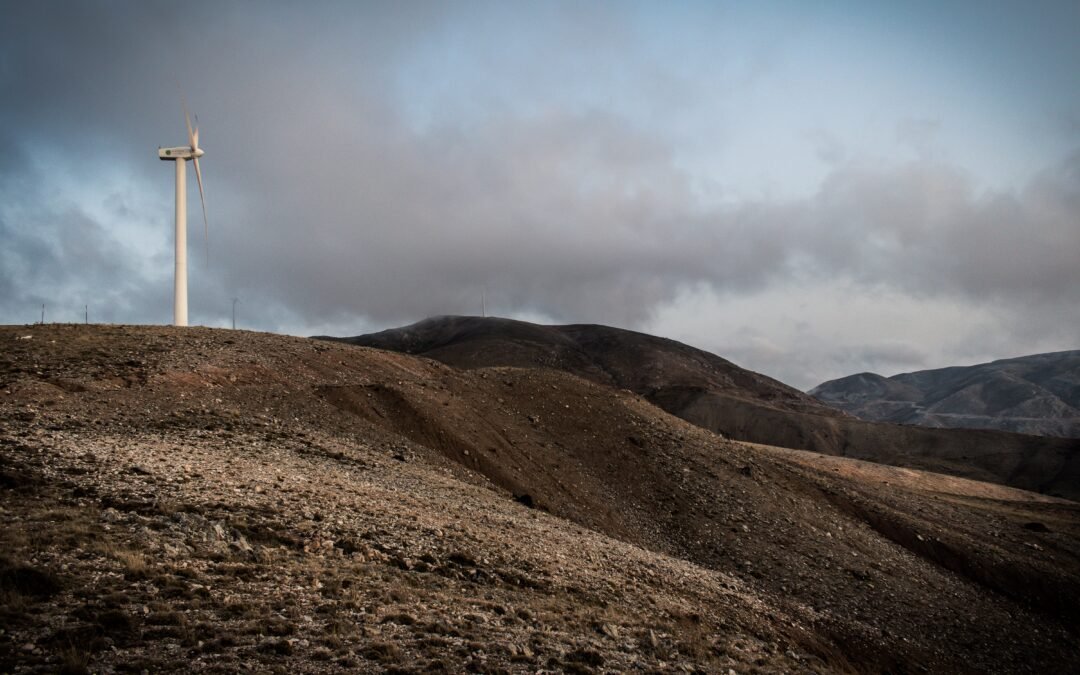 “The world is reaching the tipping point beyond which climate change may become irreversible. If this happens, we risk denying present and future generations the right to a healthy and sustainable planet – the whole of humanity stands to lose.”

The present-day world is plagued by the demon of climate change. Climate change not only affects the levels of the sea, the melting of glaciers, or the weather events but also economies and lives around the world. It was found in theWorld Meteorological Organisation(WMO)study (2019) that 2019  was the second-warmest year on record. Even with the Paris Agreement of 2015, and the Conference of Parties (COP), some nations are struggling to meet the necessary arrangements concocted specifically to address the issue of climate change. India, on the other hand, has initiated an array of measures to tackle this issue and emerges as a global leader in tackling climate change. However, the country is still naive about this technology, owing to a lack of capital and investment.

As the name suggests,  climate technology or ‘climate tech’refers to those technologies which have been kept in place specifically to address the issue of climate change. The prime goal of transitioning to these climate technologies is to reduce the dependence of nations on non-renewable sources, reduce the levels of Greenhouse Gases (GHGs), adopt technologies that aid in adaptation to a changed climate condition, and promote the use of renewable sources of energy like that of wind energy, solar energy, and hydro energy. Theterm ‘climate tech’ is a rather broad term that encompasses all the technologies which are available to tackle the issue of climate change in the present-day world.

The aspect of climate technologies is not new to the international community. In the United Nations Framework Convention for Climate Change (UNFCCC) in the year 1992, the parties to the Convention, underArticle 4(1)(g) and Article 4(1)(h) mentioned the exchange of technologies that would help in tackling climate change as a growing menace. Not just this, but Article 4 of the UNFCCC (which enumerated the ‘commitments’ aspect) hashighlighted the increasing role of the developed nations and their practical implementation of the commitments, which would then aid the developing nations (who are members of UNFCCC) in achieving their set of commitments. Furthermore,Article 12 of the Kyoto Protocol of 1997 also enumerates upon technology transfer of the Clean Development Mechanism (CDM), which aims to achieve a two-fold objective: aiding the developing nations to achieve their sustainable development target and transfer of technology coupled with the know-how on how to use the said technology to those countries who are alien to it. It is not just limited to the above-mentioned conventions/protocols.The Paris Agreement of 2015 (the parent convention is the UNFCCC of 1992) speaks of technology transfer and development under Article 10, paragraph 1.

At the international level, the key institutions and mechanisms are:

In the year 2000, the Ministry of Law, Justice, And Company Affairs passed the Information Technology Act with a view to ‘provide legal recognition for transactions carried out using electronic data interchange and other means of electronic communication, commonly referred to as “electronic commerce”, which involve the use of alternatives to paper-based methods of communication and storage of information, to facilitate electronic filing of documents with the Government agencies’. This was the very first legislative step towards revolutionizing the green energy sector in India, pretty much oblivious to what the Indian climate holds 20 years down the line.

With a rank of 5 in theWorld Air Quality Index of 2021, India is also the third-largest emitter of greenhouse gases. In the editorial of The Hindu dated July 19th, 2022- “Sharing power with the next generations”, the author rightly said, “The modern approach to progress disseminated widely through “STEM” ( Science, Technology, Engineering, and Math) education, is to extract resources from the panel to create new products from human benefit. And then to find new technological approaches to repair the damage caused to the planet by these technologies.” We ought to find solutions beyond the STEM strategy and approach a cross-sector modus operandi with the burden divided amongst all the industries to solve this complex problem of deteriorating climate.

As of now, the need of the hour has shifted from information technology regulation to climate tech regulation as the world moves toward a net-zero carbon emissions target by 2050. Indian startups, though nascent in its stage, have already started to innovate technologies to curb such mid-century carbon footprints via clean tech keeping up with their peer countries but there are lacunae in tending to such businesses with the proper legal and regulatory framework. Recently, SEBI released itsBusiness Responsibility and Sustainability Report (BRSR) which mandates that the top 1000 entities by market capitalization must provide environment-related disclosures. This recent move by SEBI is being hailed as one of the important moves toward Environment and Social Governance (ESG). Under this BRSR report, the listed entities have been asked to mandatorily disclose their performance as per the nine principles mentioned under the National Guidelines on Responsible Business Conduct (NGBRCs). Such regulations and others, in general, have a two-pronged impact on the green-businesses:

1. Directly creating new markets for green products and services; and

2.Incentivising users of traditional/mainstream products to opt for green products.

Adding to the above point, a McKinsey report rather perfectly explains how “during the net-zero transition, the world’s energy system, as well as its stock of emissions-intensive equipment and infrastructure, will be re-engineered—through climate technologies—to work with renewables instead of fossil fuels. That means not only making and using renewable energy but also transporting it to end markets from production centers…”. This shift will certainly break some old value chains and create new ones and this would mean galvanizing the businesses with lucrative regulations, convenient laws, easy grants, tax rebates, and financial leeway to battle the challenges that may be shoved due to the transition.

It definitely cannot be expected from limited public finance to bolster the climate tech businesses single-handedly. That is when private investment and financing through Private Public Partnership (PPP) models, will play an essential role. This also means that national policies should be revolutionized to remove barriers and facilitate the PPP models. As previously mentioned, Indian startups have already taken their equipollent effort like other countries to rebuild the climate with innovative technologies, and this gained traction from various investors around the world. Sustainable mobility in India, since 2016,  saw themaximum investment with $1.1 billion in 124 deals while clean energy generation, access, storage, and optimization products stood second with $354 million in 60 deals.

Furthermore, many venture capital funds have sprouted over the last few years catering to the cleantech space, and India currently ranks ninth globally for climate tech investment.  Priya Shah, who set up an early-stage climate-focused fund, Theia Venturessaid that “Cleantech has gone through a transformation as a sector where solutions are no longer solely focused on high CAPEX, infrastructure projects with a long gestation period. With climate solution companies now incorporating technological innovations, there is a wake-up call within the startup ecosystem that you can reach profitability faster and save the planet at the same time.”

As much as we acknowledge the role of venture capitalists (VC) and private equity (PE) firms in helping fund the game-changing cleantech solutions, it is equally important for the legal industry to look at climate tech similarly. India lacks the legal acumen and more so, the interest to deal with climate up-gradation. There hardly seems to be any specialized approach or benign attitude from the legal industry towards the climate tech startups.

The carbon footprints of the legal industry may not be at par with transportation or other energy-consuming sectors, but it is equally horrifying nonetheless. Lawyers, law firms, and the judiciary have staved off the impending climate changes for the longest now. However, theemerging legal tech in all its forms has helped and can continue to help reduce the impact of law firms on the environment in two major areas—paper use and air travel. This certainly is not enough, which is why multiple legal initiatives provide for and encourage startup businesses in the climate tech space.

Legal Landscape and the Way Forward

When assessing the Indian legal landscape with regards to combating climate change, we find certain examples of the same. They include:

However, it is not rosy as it has been presented. Even though the governments both at the central and state have engaged themselves in activities to tackle climate change, there is still a lack of approach towards climate change and its allied legal facets. It would be prudent on the part of the legal industry to educate itself on the nuances of the clean tech businesses given the atypical niche. Climate tech and alternative energy businesses always seek specialized legal advice on project structuring and finance including negotiating key development agreements with level playing ground, comprehending the federal and state regulatory matters, securing intellectual property rights, applying for renewable energy grant programs, developing alternative energy projects on tribal lands, drafting lease and real estate agreement, drafting corporate sustainability policies, advising on renewable energy tax matter and other due diligence like site identification and acquisition to interconnection agreements, in addition to everything in between. Moreover, climate tech might be the most benevolent idea for a business but there also needs to be the commercialization of such projects to reap its benefits. Developers, lenders, and investors in the financing of renewable energy projects and portfolios require appropriate legal representation to fully monetize all available tax benefits, incentives, rebates, and other financing mechanisms available. Green-minded lawyers can help clients navigate the complex landscape of federal, state, and international environmental laws and climate change standards which includes benefits like carbon credits and such.

It is time lawyers solve more than just environmental problems and the litigation around them. They should create the solutions in collaboration with business consultants to reduce emissions, generate clean energy, increase performance, use energy more efficiently, and minimize environmental degradation.  With the expansion of many states’ renewable portfolio standards, and the constant innovation in new energy technologies, the time is ripe for the growth of the energy efficiency sector to grow and boom.

Adv. Pratiksha Roy is an Advocate at the Calcutta High Court and a legal freelancer .

Abeer Tiwari is a third-year B.A. LLB student from Balaji Law College, Pune, and an Associate Editor at IJPIEL.