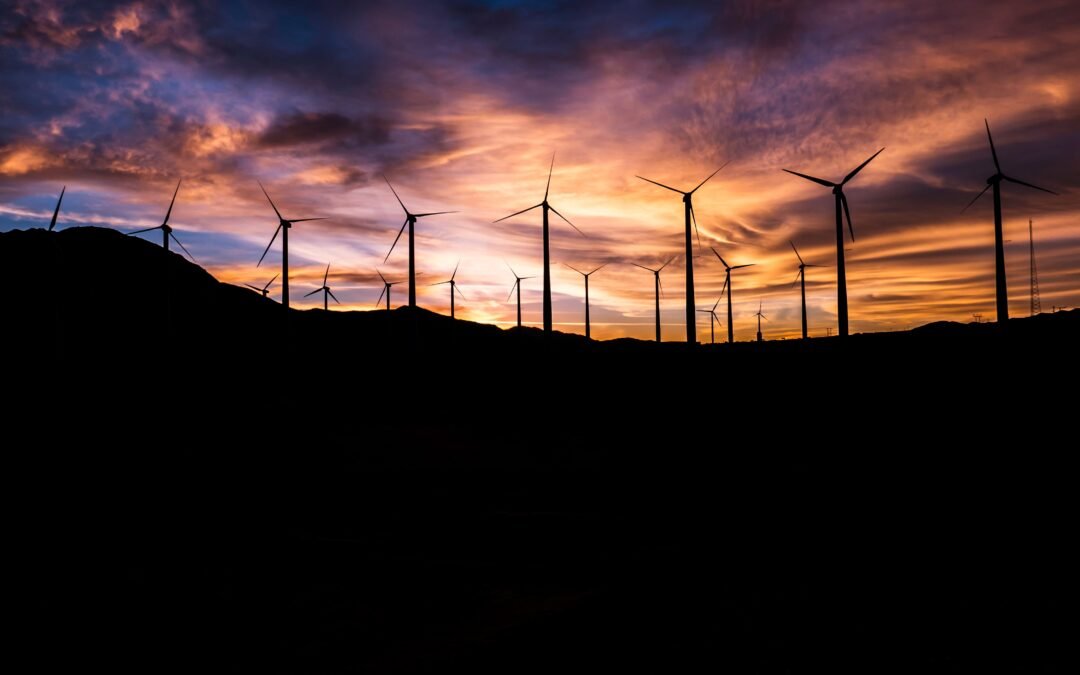 The growing rate of energy usage with diminishing natural resources has highly pressurised the power sector and the energy producing identities. To tackle these problems a new concept of ‘smart grids’ has been evolved which holds out hope for enhancing the effectiveness and dependability of the electrical system. This technological advancement in the way of smart grids can be a major boost to the struggling power sector which would minimize the usage of natural resources and depend highly on modern technology as well as renewable sources. But with the technological advancement, comes the issue of cyber security. Power sector in the recent years has been hit with multiple cyber-attacks which not only prove to be dangerous for the big corporations but also to the general public and their privacy. The author has examined a number of significant cyber-attacks on the smart grids to identify any potential flaws and gauge their impact. The author has also suggested various recommendations as a way to deal with breaches, defend against cyber-attacks, and implement suitable remedies.

The rapid urbanization, advanced living standards and the modern day technologies have paved the way for scarcity of the energy resources available. This has pressurized the power sector adversely and the level of electricity consumption is at all-time high. This had led to the development of a new Electricity producing network called ‘Smart Grid’. The Smart Grid is a structure for supplying energy that makes the use of digital communications. The existing conventional Grid system is unable to provide services to the required standards, but the next-generation Smart Grid power system will ensure the adequate supply of electricity. Smart grids are designed to decrease the expenses associated with electricity usage, minimize the carbon footprint, and assure the continuous flow of the power supply. Affordability is one of many benefits of the smart grid technology. This is due to the smart grid’s usage of the internet for transmission. However, accessing the internet exposes the smart grids to various cyberattacks. A major cyberattack on the country’s vital information infrastructure might cause it to come to a complete stop.

Smart grids vis a vis the power sector is at the centre of the critical information infrastructure and any disruptions there would have a devastating effect on the country. The Critical Information Infrastructure has been identified by theSection 70 of the Information Technology Act as “those computer resource, the destruction of which, shall have debilitating impact on national security, economy, public health or safety“. Additionally, since the smart grid technologies share important data, theft or manipulation of this data could breachconsumer privacy. These flaws have made the smart grid a prime target for hackers, drawing the concern for the government and the industry.

The Smart Grids– An Overview

India being the third largest producer of electricity, has an installed capacity of403.759 gigawatts as of June, 2022. The smart grids combine cutting-edge digital technology to efficiently and safely manage the transfer of energy from multiple sources of generation, including wind, solar, coal, and nuclear power. Thus, prioritizing the form of energy, such as giving renewable energy sources priority over non-renewable sources, helps to reduce environmental effect and operating costs. Additionally, it maximizes system stability, transparency, and uniformity.

Smart grid is an advanced system that handles power supply in a safe, dependable, and cost-effective way. It is based on a robust network and allows for the incorporation of all related devices and components. It incorporates smart metres, sources of renewable energy and energy-saving infrastructure.

There are several possible concerns associated with Smart Grids, which might not only harm corporations but also general users. These vulnerabilities may represent substantial dangers to the personal privacy of individuals, for instance, the potential for critical customer data to be hacked or the firm to cease operations permanently. These dangers are not exclusive to Internet use; they also impact consumers at home, where attackers may obtain individual data.

1.PHISHING– Phishing might be the easiest component in exposing both clients and businesses at risk since it is so simple to perform. With this knowledge, the hacker would utilise social engineering to obtain vital knowledge of the company. On the contrary hand, the worker may face additional hazards within the firm, such as fraudulent emails or communications that appear to be legitimate emails in which the worker may provide confidential info that might lead to being hacked. These hazards may harm a Smart Grid customer’s emotional and financial well-being as a result of providing data to suspicious links and without knowing the ramifications of these dangers. However, this is a major problem when addressing security measures against phishing attempts.

2.DENIAL-OF-SERVICE ( DoS)– DoS is a premeditated attack, and If a (Dos) assault happens on the Smart Grid, it will incur enormous losses. The DoS attack will have the effect of clogging the network and is a frequent method of attacking the network topology and Data-link layer of the grid model. An externally designed attack typically aims to take down a sizable chunk or possibly the entire targeted infrastructure. The hackers may alter the medium access control (MAC) to get backdoor access to the network, allowing them to hack machines with ordinary network requests. If a (DoS) attack happens in the Smart Grid, it can prevent the communication system from responding to various devices. It is possible for a Denial-of-Service cyberattack to be launched against the Smart Grid because the primary technologies for Smart Grids are accessible.

3.MALWARE PROLIFERATION– Malware proliferation poses the greatest threat to the Smart Grid. The hackers are capable of developing spyware that can infiltrate both the organization’s systems and equipment. By transmitting spyware, an attacker is able to control the functioning of devices or systems, gaining access to sensitive data.

Significant Cyber Attacks across the Globe

On December 25, 2015, a cyberattack outbreak occurred in the midst of a civil conflict. A cybercrime was launched on an electrical energy station in the Ukrainian city of Ivano-Frankivsk, exposing eighty thousand (80,000) individuals at danger by leaving them in the dark, while one million four hundred thousand (1.4 million) people were impacted.

The cyberattack was conducted employing spear-phishing emails and the “BlackEnergy” Trojan horse virus. This malware was known of erasing data, destroying hard drives, and seizing control of afflicted machines. The cyberattack intensified when the attacker conducted a synchronized Denial-of-service (DoS) assault against the company’s utility infrastructure, disabling the power station’s support phone line. As a consequence, customers were unable to connect the power station due to the failure (DoS attack).

Stuxnet, a harmful computer worm, attacked the Supervisory Control and Data Acquisition system (SCADA). Stuxnet was discovered for the first time in 2010. Nevertheless, it has been under development ever since at least 2005. (Denning, 2012). The Stuxnet was believed to have been generated by the United States and Israeli security organisations and it attacked theNatanz Nuclear facilities in Iran. The Stuxnet worm was inserted into the Natanz computer network and remained dormant until a particular set of circumstances were satisfied. It automatically started to change system codes while transmitting signals that gave the impression that everything was functioning regularly. The Stuxnet malware made it possible for outsiders to take over the facility.

The malicious malware WannaCry Ransomware prompted a worldwide cyberattack on global companies, like Renault and FedEx, and crippled the machines of countless of working people. The WannaCry ransomware was created on May 12, 2017.

Upwards of 200,000 computers were attacked with WannaCry Ransomware, which demanded a fee to decrypt the victim’s contents. The attackers asked that bitcoins worth $300 be delivered to a given location in order to unlock the whole server, and if users did not comply within the allotted time, the overall system data would be erased forever.

Cyber-Attacks in India and the Issuance of Cyber-Security Guidelines

In response to the various cyber assaults against power supply systems, India’s Central Electricity Authority (CEA) has released cybersecurity guidelines for power sector companies, ‘CEA (Cyber Security in Power Sector) Guidelines, 2021’.  This was the first time when any guideline was issued specifically for the cyber-security in the power industry.

These requires that the products should be obtained  from known “trusted sources” and “trusted products”; otherwise, the product must be examined for spyware or malware trojans before being used in the power distribution system. The principles also applied to connected companies, such as technology providers, suppliers and distributors, and original equipment producers of software and components.

1. Malware Protection- The Embedded Systems as well as general purpose system that are linked to the Smart Grid have to be safeguarded and secured from viruses, which is why the Smart Grid needs malware protection. A manufacturer’s key is necessary for the embedded system so that the device can be secured during software certification. The primary reason that embedded systems are safe is that they can only run applications that has been provided by the producer company which requires a manufacture key to authenticate the software. In contrast, general-purpose systems can facilitate third-party software’s and will constantly update anti – malware software’s.

2. Secure Key Administration- The security of the whole key management process, beginning with generation, continuing through distribution and, if necessary, upgrading, and ending with destruction is critical to the overall grid security. Connected devices to the Smart Grid must provide trustworthy cryptographic capabilities, including the ability to implement symmetric cyphers for authentication and/or encryption. Public-key cryptography may be supported in hardware by a cryptography co-processor or in software, so long as it is performed seldom.

3. Cybersecurity Risk Assessment- The purpose of a cyber security risk assessment is to examine various data assets in order to uncover inherent threats and vulnerabilities and estimate their potential effect in the event of a cyber-attack. The outcome of this determines the necessary safety requirements and the choice of security measures for the smart grid. Risk analysis should be implemented using top-down, bottom-up, qualitative, and quantitative techniques.

4. Efficient Training and Awareness programmes- Efficient training programmes must be established based on the functions and obligations of individuals in order to increase knowledge of pre-existing security flaws. Due to this grasp of security concerns, the smart grid would be more secure.

5. Incident Response Programme- Incident response programme is the capacity to restart regular processes in the event that Smart Grid activities are interrupted. The creation of incident-specific rules and processes to allow the smart grid to rebound easily and rapidly in the event of an occurrence is incident response management. In the dearth of an efficient incident management strategy, an event may impair the functioning of essential company services, such as ICT systems, personnel, and consumers.

Due to their environmental friendliness, extensive use of renewable energy sources, and increased production the smart grids are nowadays preferred over the traditional power generating system. However the smart grids have to face a few challenges when it comes to its security, especially the cyber security related attacks. The key cyber-attacks threatening the smart grid’s architecture, network protocols, and application have been thoroughly examined by the author in their complete overview of cyber-security in the smart grid. To address the cyber security related flaws, various suggestions have been provided to improve the  network communication security, and safeguard customer privacy.  In addition to offering sophisticated encryption techniques and security countermeasures, the computer network protocols must be modified to reflect the current communication position and for the effective protection against the cyber-attacks.

Mr. Naman Jain is a 4th year student at Gujarat National law University, Gandhinagar, and an Associate Editor at IJPIEL.

Naman Jain, “Emergence of the Smart Grids and the Issues related to the Cyber Security” (IJPIEL, 5 August 2022) 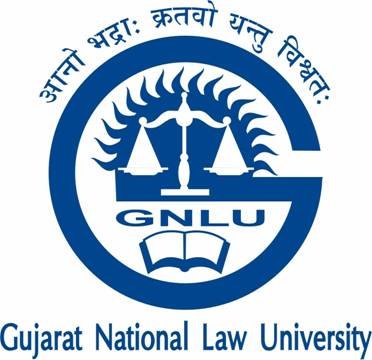