The Cycle of Life of a Solar Panel: What waits at the end? 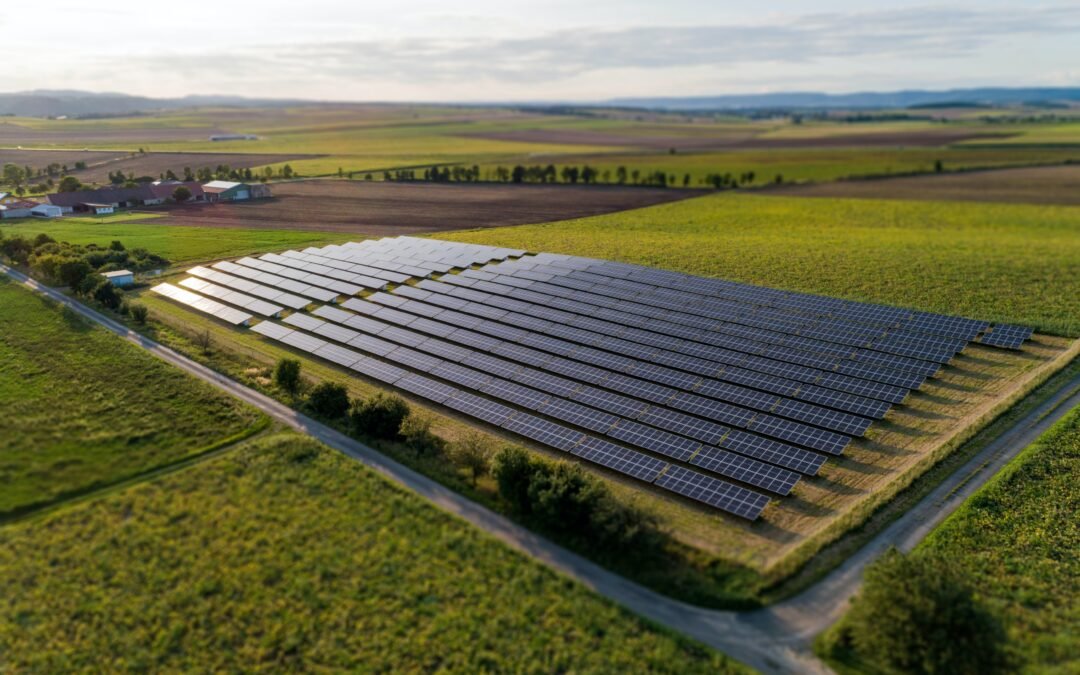 When it comes to Solar Panels, there are varied timelines regarding the ‘death’ of a Solar Panel (‘death’ signifies the time when the solar panel becomes incapable of producing electricity due to wear & tear and efflux of time). However, the most popular and well-acceptedtime period is in between 25-30 years. Irrespective of the timeline, the solar panel will die at some point. One of the pressing questions that remain mostly unanswered is, “what will we do with the dead solar panels?”

Here are two possible answers to the question mentioned above:

I. Shredding and Chugging them into Landfills

The most obvious and simple “solution” to tackle the issue of dying solar panels is to shred them into pieces and ship them to landfills until “nature” figures out a way to get rid of the panels without a trace. Let’s explore this option in a bit more detail. Firstly, the number of solar panels. It is extremely important to note that the number of installed, produced, discarded, and in-production solar panels are massive. In India alone, which is one of the countries which have very ambitious solar installation targets, is estimated to produceapproximately 34,600 tons of cumulative solar waste by the year 2030, most of which would be solar panels. Simply put, there would be hundreds of millions of pieces of dead solar panels with each year, and it is highly unlikely that the landfills are ready to absorb this huge volume. The world is bound to face a very unique problem very shortly. Secondly, solarpanels contain a lot of metals, minerals, silicon and multiple other materials, most of which are toxic; therefore, shredding and chugging the dead panels into landfills does not seem to be a good idea.

Recycling seems to be the solution to the massive tsunami that awaits in the form of dead solar panels. The questions that follow as sequitur are – i.) how will the recycling happen? (Technology); ii.) who should be made responsible for carrying out the recycling? And lastly, iii.) can there be a secondary industry around the recycling of the solar panels? Exploring the above individually can shed some light on the practicality of recycling.

i) How will the Recycling Happen? (Technology)

The technology for effectively recycling the dead panels can be as difficult to produce as it was to produce the panels in the first place. The existing technologies areMechanical Recycling,Thermal/Chemical Recycling and Refurbishing. As the name suggests, during the mechanical recycling process, every panel will be broken down physically, and individual components will be recycled. Given a gigantic numberof solar panels in places like Bhadla – Solar Park, Jaipur, India, mechanical recycling does not seem to be a great option.

Thermal/Chemical method recycling involves a process where the panels are treated with heat and/ or chemicals to extract multiple reusable components like silver, polysilicon, copper etc. however, the biggest hurdle is that the chemicals used are very costly, and the process demands highly trained professionals to carry out the process.

Refurbishing can be brought to use where the next place of use of the panel does not demand the panel to be functioning at its finest capacity, as the refurbished ones will not generate the energy as they once used to.

These techniques, although promising, are not attracting enough attention so that they can be improved to tackle the scale of tsunami that we might find ourselves face to face with soon. The solution might be heavy investments by entrepreneurs and/or Govts. To improve any or all the above techniques or develop a new technology for recycling altogether which can be scaled.

ii) Who should be made responsible for carrying out the recycling?

The regulations will play a significant role in the collective effort to tackle this issue of what to do with the dead panels. One of the foremost legislations to check solar PV waste comes from Europe, whereby a legislation was recast titled asWaste Electrical and Electronic Equipment -“WEE”. What thislegislation does is that it extends the responsibility of the “Producer” of solar PV panels to collect, transport and recycle the solar panels. It imposes the responsibility to recycle approximately three-fourths of the total production.

Additionally, it expressly prohibits the disposal of WEE without any treatment in municipal waste sites. One of the most significant aspects of this legislation is that it clearly identifies who is primarily responsible for handling and recycling inter alia the dead panels.Similarlegislations have been passed inthe US.

It won’t be possible to find a legislation in the world which will make people in the general households primarily responsible for recycling the dead panels. This is simply because of the scale. The producer has to be made responsible for recycling simply because when one looks at the economic side of things, the producers are the ones who make a large sum of money from solar panels. This can be related to the “polluter pays” principle, that imposes liability on the polluter for damaging the environment.

iii) Can there be a secondary industry around the recycling of solar panels?

As already discussed above, there are many valuable elements which could be harvested back to the supply chain from the solar panels, like, silver, aluminum, polysilicon, copper etc. Having highlighted some of the upsides of recycling, it’s relevant to highlight that the cost of recycling the panels currently is huge. The cost of transportation, collection, and processing each come with heavy costs. However, according to a report published by Rystad Energy (A Norwegian independent research and business intelligence company) on July 06, 2022, the solar PV recycling has estimated themarket to be worth $2.7 billion by 2030. This report makes the recycling business a lucrative option for entrepreneurial types. One of the major factors/contributors for this boom in the secondary industry might be that the already available metals and polysilicon in the panels, which will reduce the cost of mining and high energy input required to produce polysilicon, thereby giving the “recycler” a ready-made element which it sells directly.

Having discussed the challenges, opportunities and incentives surrounding the death of Solar Panels. The next part of this piece will explore the scenario in India. Further, the readiness of India to face this challenge vis-à-vis other nation(s). India is amongst the countries that have taken massive steps towards the installation of solar panels and have increased its installed capacity of solar panels by many folds in the last decade.

According to a report published by International Renewable Energy Agency, India is forecasted to generateapproximately 7.5 million tons of solar PV waste by the year 2050. This will place India amongthe top 5 solar PV waste generators in the world. Unfortunately, India still lacks a clear and firm policy on the safe disposal of solar panels. The lack of a specific policy does not mean India has its eyes shut on the problem. Currently, the dead solar panels are considered part of the “electronic waste/e-waste”, for which India has clear rules for managing e-waste. India has notifiedthe E-waste Management Rules, 2016  according to achieve the following the objective:

One might argue that the aforementioned rules can be amended to tackle the problem that awaits in relation to dead solar panels. It might very well happen; however, solar panels are very unique product as they can be both injurious and beneficial to the environment, therefore, they need special attention. The Govt. of India has recently constituted a committee under the Chairmanship of Mr. R.K Singh [Hon’ble Cabinet Minister (Power, New & Renewable Energy)] to evolve a “Circular Economy” in the solar panel through the reuse; recycle of the waste generated.

Only time will tell what kind of mechanism this committee will come up with. Still, currently, India lacks a clear action plan and policy as well as a law to tackle the inevitable problem of dead solar panels.

It is pertinent to highlight that China is the largest manufacturer of Solar Panels in the world. Thetop 5 companies that manufacture the greatest number of solar panels are situated in China. Not only it is the largest manufacturer, but it also has one of the most rapidly increasing installed capacities of solar panels. The concerning fact is that China, like India,does not have specific regulations around the disposal or recycling of dead solar panels. However, as recently asFebruary of 2022, China has come up with a new policy to deal with the situation at hand. According to this policy, there will be going to emphasis on recycling industrial solid waste, including the dead panels. The takeaway from this is that for China, recycling is the way forward.

As already seen opening portion of Europe is the flagbearer in identifying and preparing for the problem which is forthcoming in relation to the Solar PV industry. It has robust laws such as WEEE coupled with awareness measures. Currently, India is lacking either of the two. However, it is highly unadvisable for India to merely incorporate the measures taken by Europe into the country. This is for the simple fact that the economic reality of European Nations and India is very different. India has to develop something unique. But one thing is fairly clear- recycling is the way forward.

VI. Suggestions for India and Conclusion

One might assume in a given state of affairs that, a disaster is just waiting to happen. However, it is not the case. Even the earliest installed panels have few years of life left, and the newly installed (after the institution of the National Solar Mission) will be generating power for more than approximately a decade and so forth. This means that there is sufficient time to manage/salvage the situation. The only precondition is the actions have to start immediately. It has to come from all stakeholders like generators, distributors, consumers and the government. In a report published by Bridge to India Energy Private Limited titled “Managing India’s PV Module Waste”, the following suggestions were highlighted:

The report precisely captures the need of the hour and clearly demonstrates how these can be effective. In addition to the above, Public Private Partnership (PPP) is something which must look at for handling the situation. Time and time again, PPP has proved to be effective when dealing with problems at a scale as massive as the current one. Developing a secondary industry is the most enticing scenario that can attract private players. This can be a win-win situation for everyone on the planet.

The information contained in this article is for general information purposes only. The views, thoughts, and opinions expressed in this article belong solely to the author, and not necessarily to their employers, organizations, committees, or other groups or individual to which they are affiliated.

Mr. Mridul Gupta is an Advocate, at the Chambers of Sujit Ghosh.