Arbitration in the Indian Maritime Sector: Birbal’s Khichdi in the Contemporary World? 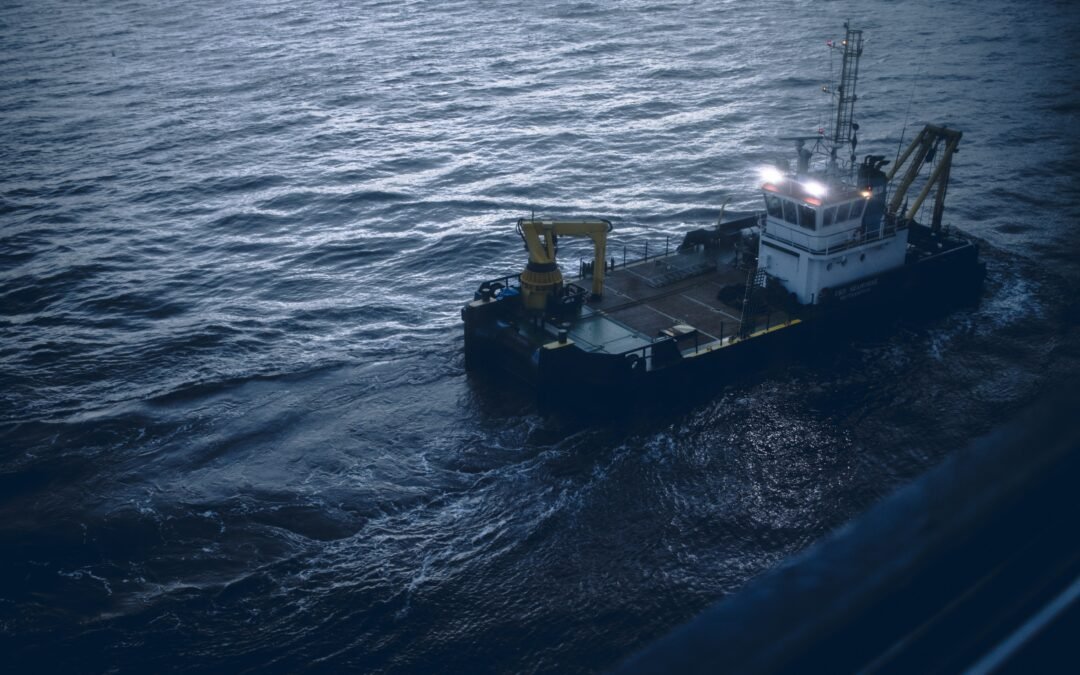 With acoastline of 7,516.6 kilometres, the Indian peninsula has engaged in trading via sea right from the primaeval times. It has always been one of the strongholds of the Indian economy, to date. As a result of which, India hascaptured around 30% of the ship-breaking facility, and possesses the largest ship-breaking facility at Alang. Additionally, the Ports & Shipping industry (maritime transport) grips 70% of India’s total trade concerning value terms. Furthermore, with the introduction of ‘The Maritime India Vision 2030’ and a 100% FDI allowance in the Ports and Shipping industry, the government plans on ensuring that India becomes one of the significant contributors to the same.

However, easier said than done, international/domestic trade and business carry an array of disputes. Specifically concerning maritime disputes as well. Through this blog, the authors would enumerate the aspect of maritime arbitration by primarily giving an introduction, and then enumerating the intricacies of the aforementioned sector concerning the Indian diaspora. Additionally, the authors would also discuss the challenges faced by the said sector.

India’s successful tryst with maritime heritage, and historydate back to 3000 BC. Indians dominated the Indian Ocean right from the beginning of the 13th century, and employed the option of commerce and trade in an amicable fashion till the 16th century India. Additionally, India played a vital role in the incorporation of theUNCLOS (United Nations Convention on the Law of Sea), which heavily derives its inspiration from Hugo Grotius’ work, Mare Librum, which enumerates that the sea is a free territory, with the merchants and traders employing the sea routes to successfully carry out their trading activities. These led to the development of‘maritime law’ or ‘admiralty law’ which is composed of a number of laws, conventions, and treaties, which looks into the aspect of maritime business and allied matters, which are of nautical nature. At the international level, theIMO (International Maritime Organisation), a specialized agency of the United Nations, serves as the global standard-setting body for the safety, security, and environmental performance of international shipping. Specifically, IMO’s role is to establish a regulatory framework that is equitable, accepted by all countries, and adhered to without exception. This approach ensures that shipping companies do not seek financial gain at the expense of safety, security, and environmental protection. Additionally, it incentives innovation and efficiency.

As far as the Indian legal regime is concerned, the Government of India, right from 1947, has taken special care for creating a healthy environment for trade practices via the sea route. Shipping regulations in India are overseen by the government, through theMinistry of Shipping. This Ministry has established theDirectorate General of Shipping (DG Shipping) as a semi-autonomous statutory body to administer theIndian Merchant Shipping Act, 1958 (MSA). This Act grants the DG Shipping the power to issue circulars and notifications covering various aspects of shipping policy and legislation, as well as to implement the various international regulations from the International Maritime Organization. TheMercantile Maritime Department (MMD), which is answerable to the DG, is responsible for the registration of Indian-flagged vessels, ship surveys, and enforcement of regulations such as SOLAS and Load Line Conventions. All ports in India are owned and controlled by the state and union governments, except for 12 major ports. The 12 major ports, are those whichwork on the PPP (Private Public Partnership) model. This measure comes after the implementation of the New Economic Policy of 1991, where the privatisation of the ports commenced in the year 1997, which not just renewed the major ports of the country in a renewed manner, but also triggered foreign investments in the country.

Having got an idea of the maritime sector, both at the international level, and the domestic level, we now enumerate upon the employment of ‘arbitration’ as a dispute redressal method in the aforementioned sector.Maritime disputes may arise from a number of issues, encompassing ship finance, construction, sale, and acquisition, as well as deployment, carriage of commodities, insurance, cargo transportation, and other marine ventures. Additionally, such disputes may arise from other contractual relationships connected to the utilisation of ships, such as salvage operations, et cetera. Instead of engaging in a long, cumbersome, and tedious courtroom battle(s), the parties choose maritime arbitration as a method of dispute resolution.

Maritime arbitration can be traced back to the concept of international commercial arbitration, with the sole difference lying in the approach, the aforementioned concepts undertake. Whileinternational commercial arbitration takes into cognisance the redressal of disputes (largely concerning commercial transactions) between two or more individuals, who do not share a common citizenship, in order to avoid litigation. On the other hand,maritime arbitration involves parties from different countries who are likely engaged in complex trade relationships with particular customs or conventions. Therefore, making it is beneficial for the parties to reach an outcome that isconsistent with the maritime trade world they are familiar with and have some control over. Additionally, ‘arbitration’ as a dispute redressal mechanism in maritime disputes has been gaining a considerable amount of traction and attention, owing to the infamous practice of forum law. It may happen that the lack of specialised adjudicating authorities in a court of law, may lead them to pursue a decision purely based on the domestic law (where the matter has been preferred) which would be completely diverted from the customs and usage of the maritime sector, which have been granted international recognition. This problem is solved with the help of arbitration, which allows individuals to pick arbitrators of their preference, who have the subject-matter expertise regarding the same.

As mentioned above, the sea routes have always favoured India, when we mention the aspect of trade and commerce. In order to swing the winds in favour of the Indian economy, the Union Government hasemployed an array of measures, like:

1. Approving a 100% FDI (Foreign Direct Investment) via the automatic route;

2. Deploying certain incentives as a part of the Income Tax Act of 1961;

3. Creation of Joint Ventures (JVs) between major ports of India, and their foreign counterpart, coupled with non-major ports, and private companies; and

4. Creation of an infrastructure, where important documents like that of Request for Qualification (RQF) and Request for Proposal (RFP) conform to a particular standard.

This lacuna has been acknowledged, and mentioned in theMaritime India Vision 2030. It has been specifically mentioned that as of now, India lacks proper infrastructure for the resolution of disputes as compared to LMAA, SCMA, EMAC, and TOMAC. Additionally, it was acknowledged that by the year 2030, India would have a set infrastructure for maritime arbitration in India, specifically when the parties involved in dispute have Indian citizenship. This would be made possible by the creation of the Indian Maritime Arbitration Association (IMAA), which would be an ‘institutional arbitration system’ with inspiration and recommendations drawn from theArbitration and Conciliation (Amendment) Act of 2015. Additionally, it would ratify the LMAA guidelines in such a manner that it suits the Indian diaspora, and at the same time make the same feasible for international players, which majorly compose of foreign investors.

As evident from the above-mentioned table, one could witness that the charges with regard to the arbitrator’s fee commence from Rs. 60,000 and ends at Rs. 6,30,000 coupled with additional charges like that of administrative charges. Even before the above table is employed to calculate the fees of the arbitrators, the parties in dispute also have to pay the registration fees, which are non-refundable. Furthermore,Rule 23(3) enumerates upon additional charges to be paid, which includes a special fee, cost towards conveyance with regard to the arbitrator, additional stamp duties, et cetera. This makes the entire notion of maritime arbitration as the dispute resolution process for those who can afford the same, and not for the traders who are still budding in the sector.

Conclusion and the Way Ahead

The Indian maritime sector offer a number of opportunities for the country to move ahead, especially with regard to the economy. After the announcement of the Sagarmala Program, and the Maritime India Vision of 2030, the country has diverted its focus to the development of the ports, with a special focus on the logistics of the aforementioned sector. Should these programs succeed, the implementation of the said programs would garner a whooping INR 20,000 crore, as annual revenue. Additionally, the identified sectors for growth have been zeroed down to container manufacturing, cruise shipping, specialised terminal-based ports, and national waterways to name the prominent ones. Additionally, with the introduction of Coastal Economic Zones (CEZs; which are geographical areas around coastal districts or districts with strong port linkage, and would provide a boost to the port-led industrialisation program) the economy is set to make strides at the international community.

However, with the above-mentioned challenges hanging over the Indian maritime sector, the winds of dispute resolution mandatorily need to sway towards the side of the Union government, with a rather negligent number of challenges. Furthermore, per the Maritime Vision of India, to establish an ideal infrastructure for the redressal of maritime disputes via the Indian Maritime Arbitration Association needs careful consideration, as the devil of corruption, lack of specialised arbitrators, hefty fees, and consistent recusal hovers the aforementioned sector.

Hence, as the famous poet Robert Frost in his famous poem “The Road Not Taken” took the path which was travelled by the majority of the masses, can serve as an example to the Union Government of India for the development of the Indian Maritime Industry. In an attempt to develop a infrastructure, they need to be aware of the mistakes they might commit, which would infringe the rights of the others, while entertaining the rights of some.

The views, thoughts and opinions belong solely to the authors. Authors reserve the right to depart from these views.

Mr. Abeer Tiwari is a 4th-year B.A. LL.B student from Balaji Law College, Pune, and an Associate Editor at IJPIEL.