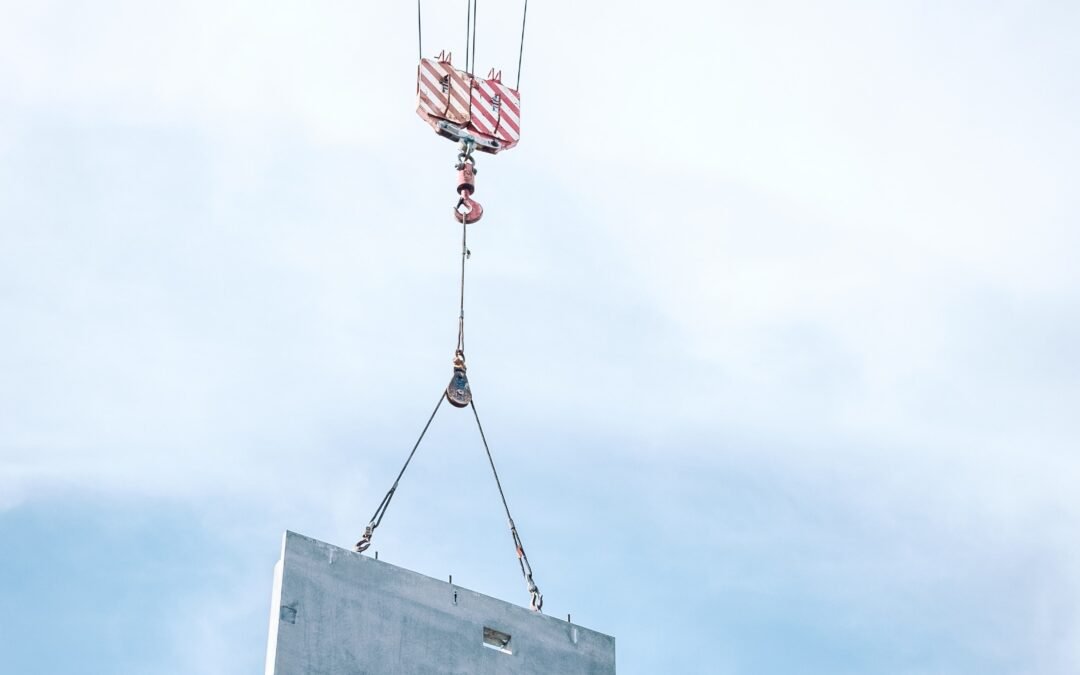 In the past three decades, the world has witnessed a significant relationship between Infrastructure development and economic growth. Increased infrastructure activities can reduce poverty and thus help to achieve the Millennium Development goals. Due to this, there is an increase in investment in infrastructural projects in developing nations. Infrastructure development makes construction disputes inevitable. It is perceived that owing to the absence of an effective framework for dispute resolution and lack of knowledge, infrastructure, or expertise present in developing nations, their infrastructure disputes are resolved by arbitral tribunals in Europe. Conflicts in the construction industry can result from a mix of environmental and behavioural reasons. It is hard to settle every issue and account for every possibility at the commencement of a project because of their longevity accompanied by unpredictability and complexity. Therefore, very often situations arise which weren’t contemplated or stipulated in the contract itself. Uncertainty, Contractual issues, and behaviour are the key facts that often lead to a construction dispute. On this note, this blog seeks to analyse in brief the state of construction disputes in Malaysia.

The standard forms of construction contracts are commonly used in Malaysia and suitable for a wide range of common projects or works(Singh, 2004). Such as the Pertubuhan Arkitek Malaysia Conditions of Contract (PAM Conditions), Public Works Department (PWD), Construction Industry Board Malaysia (CIDB), IEM, and Fèdèration Internationale des Ingènieurs-Conseils (FIDIC)(Sundra, 2022).

In India, construction disputes are resolved by a multitude of dispute-resolution methods. At first, parties generally refer their dispute to a dispute board for adjudication. If dissatisfied with the board’s decision, parties can choose to refer the matter to arbitration. Arbitration has become the most preferred route for construction arbitration cases mainly due to the high stakes of capital involved and due to its complex nature. The governing arbitration act in India is theArbitration and Conciliation Act 1996 which governs both domestic and international arbitration involving an Indian party to the dispute.

Mediation like conciliation hasn’t been of much use in resolving construction disputes with no option for either judicial or private mediation as one of the parties is always a state entity that refrains the courts to get involved and also due to the high-value claims involved.

Under judicial adjudication, Delhi and Bombay High Courts have each set up a commercial court. Special Courts have been established just below the high court level having wide territorial jurisdiction in the states of Karnataka, Uttar Pradesh, and Madhya Pradesh. However, due to an unfamiliar foreign judicial process and heavy questionability about the independence, impartiality, and efficiency of the Indian courts, foreign parties have been reluctant to go down this road. The Construction Dispute settlement mechanism in India is still in the initial and rough stage but special legislations, rules, and courts will provide better options and outcomes for the parties.

Separately, recent changes to theSpecific Relief Act of 1963 forbid Indian courts from giving injunctive relief in civil cases for the specific performance of infrastructure projects when doing so might impede or delay the project’s development or completion. This includes water and sewage systems, airports, public transportation, shipyards, bridges, and other forms of social and commercial infrastructure.

The National Highways Authority of India has established a Conciliation Committee of Independent Experts (CCIEi to resolve long-standing road construction disputes that have been bogged down in litigation or arbitration for many years. The parties may choose to seek arbitration or litigation after peaceful conciliation before the CCIE fails.

In Malaysia, construction disputes are largely settled and resolved by arbitration, court litigation, mediation, or statutory adjudication. Over the years, the Malaysian judiciary has taken a facilitative approach to arbitration.

The development of arbitration in Malaysia can be traced back to the establishment of Arbitration Ordinance XIII of 1809. The ordinance stood for nearly 150 years until it was replaced by the Arbitration Act 1952 (1952 Act) which was modeled based on theUK Arbitration Act 1950(Davidson & Rajoo, 2006).

Among others, the Malaysian 1952 Act was considered “controversial” due to active judicial intervention and the “statement of case” which offers a way to delay proceedings. As a result of problematic issues in arbitration, theMalaysian Arbitration Act 2005 repealed the Arbitration Act 1952 and theConvention on the Recognition and Enforcement of Foreign Arbitral Awards Act 1985, which came into forced and governed the arbitration law on 15 March 2006.

With the legislation in place and judicial treatment, an arbitration clause is now present in the majority of sizable construction contracts providing an alternate dispute resolution mechanism other than court litigation.

Under the CIPAA process, payment disputes are to be resolved within about 100 working days. Enhanced enforcement options are also made available underCIPAA. A contractor will be able to seek payment not only from its immediate contracting party but also from the principal of that contracting party under an Adjudication Decision issued pursuant to the CIPAA. The contractor is also able to suspend their works if not paid on an Adjudication Decision.

In the Malaysian construction industry, the use of mediation on the other hand is not a recent development and it has long been prevalent. Mediation is a private, informal process where parties are assisted by a neutral third party known as the mediator in their efforts toward settlement. It is an open negotiation framework with an assurance of confidentiality and without prejudice doctrine aimed at achieving a settlement for the disputed issues through facilitated communication.

However, even though mediation has been introduced by several standard forms of contract, the use of mediation in Malaysia is considerably low(Arain and Low, 2007).

Trends in the Malaysian Construction Industry

In response to the COVID-19 pandemic, Malaysia introduced the Temporary Measures for Reducing the Impact of theCoronavirus Disease 2019 (COVID-19) Act 2020, also known as the COVID-19 Act. A relevant section to consider is Section 7: “Inability to perform contractual obligation”. Section 7 of the act aims to provide a form of temporary relief to individuals and businesses where the party fails to perform its contractual obligation due to the COVID-19 pandemic. Section 7 operates by precluding the other party from exercising his right under the contract provided that the contract in question falls within the list of contracts specified in the Schedule.

Landmark Judgement in the Fields

In this part of the article, we will be analyzing some landmark cases’ decisions that have been set the law in various aspects of construction disputes.

In the case of Kerajaan Negeri Melaka v. Ariffin & Associates, the High Court considered the setting aside of an arbitral award relating to the construction of a hockey stadium in Malaysia. The application to set aside was made according to the Arbitration Act 1952. The High Court set aside the award in part under Section 24(2) of the act, which allows setting aside an arbitral judgment if there is an improper procurement of the arbitral award or there is misconduct in the arbitral procedures.

However, it is very unlikely that the court would have decided the matter in the same way in the circumstances that this case was brought under the Arbitration Act 2005, in which the grounds for setting aside an arbitral award are narrowly circumscribed. Under the 2005 Act, the parties would be given an opportunity to opt-out of the provisions allowing or a referral of the award to the High Court.

Besides, the Federal Court in the case ofPancaran Prima Sdn Bhd v. Iswarabena Sdn Bhd made a decision that arbitrators who rely on their own knowledge of the construction industry would not breach natural justice. On the facts of the case, the arbitrator found out that in the Malaysian construction industry, the fact that most constructors will include a profit margin of 10-15% of having to manage a nominated subcontractor had almost become a norm. The parties to the arbitration did not submit on this issue.

The Federal Court mentioned the key to this issue is under Section21(3) (b) of the Arbitration Act 2005 where the power conferred on the arbitral tribunal shall include the power to rely on its own knowledge and expertise.

The arbitrator, in this case, was a professional engineer, a chartered arbitrator, and a Fellow of the Chartered Institute of Arbitrators. The power of arbitrators to rely on their own knowledge and expertise in appropriate cases is essential to arbitration in many cases.

Therefore, the court must be slow to interfere with the arbitrators’ findings unless in the circumstances that it was clear that the arbitrator’s own knowledge and expertise on any fact in issue are plainly and unarguably wrong.

Another notable case of arbitration dispute in construction case was the case of Bauer (M) Sdn Bhd v. Daewoo Corp. In this instance, the issues of contract construction and arbitration law were at stake. It follows that the interpretation of the dispute in this instance was purely a matter of construction. According to the ruling, the previously decided cases on the interpretation of arbitrable issues should only be used as a general guideline and should not be taken to define the precise meaning that should be given to the terms used.

Each case’s facts will determine whether a dispute is arbitrable. Furthermore, terms of arbitration cannot be included in a contract, but they might be incorporated into a contract by references to other documents or agreements or by giving the arbitration clause effect. The wording employed must be explicit, unambiguous, and uncertainty-free in order to specifically contain the arbitration of words by reference.

The court held that the presence of an arbitration clause was recognized by the parties at the moment they look at the relevant documents or contracts and identify the clauses that were incorporated by reference. However, the issue that arose here was under such a contract that had incorporated the arbitration clause by reference either expressly or by conduct as an arbitrable dispute.

Furthermore, in the case of CCG Concrete Constructions (M) Sdn Bhd v. Rich Avenue Sdn Bhd, an appeal was made by the defendant against the decision of the learned senior assistant registrar who dismissed the defendant’s application to stay all proceedings. The plaintiff had been appointed by the defendant under a building contract to construct and complete the superstructure works of a purposed condominium. As an outcome of the case, an arbitration dispute matter could also include issues on the technical matter, not just a monetary claim.

Technical disputes are able to be resolved through arbitration methods including disagreements over the quality and workmanship of the completed work under a construction contract as well as the construction process. At the moment, when one party rejects the other party’s claim, who are entitled to claim under an agreement that contains an arbitration clause or under an arbitration agreement, this will lead to an arbitrable dispute. However, the party who rejected the claim by his conduct instead of by wording admitting to the claims may subsequently be estoppel from refereed to the claim to arbitration.

Comparative Overview of Resolving Construction Disputes in India and Malaysia

Both India and Malaysia are rapidly developing south Asian economies with Infrastructure development having a boom phase in both countries. After discussing each country’s stance on resolving the construction disputes, the following points show the comparative view of dispute resolution in both countries: