Role and Effectiveness of the SARFAESI Act in Infrastructure Financing 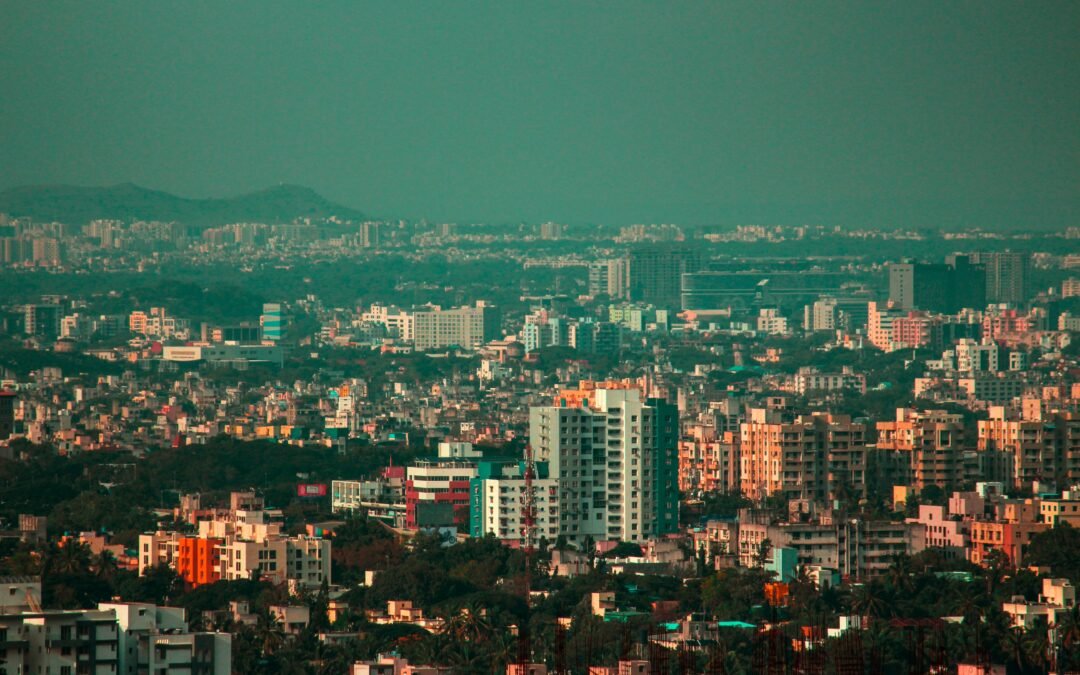 This blog article dives into the role of theSARFAESI Act, 2002 in the infra-financing sector. It does so by highlighting the obsolescence of present laws, understanding the concept of infra-financing, and its intersection with Non-Banking Financial Companies. It also examines the various notifications passed by the Ministry of Finance and that which have influenced the infra-financing sector. It further explores the lending behaviour of NBFCs exclusively involved in infra-financing. The article provides a detailed understanding of the role of theSARFAESI Act specifically its role in reducing bank liability. The article finally concludes by stating the applicability of the Act and the legal recourse available to banks and financial institutions in recovering bad loans and NPAs along with certain other preventive measures.

I. Setting the background

The finance industry has been one of the most important players in India’s efforts to succeed in accelerating its economic development. Due to constant developments in the financial sector and evolving commercial practices such as a growing trend in fintech start-ups, expansion of digital currency, smoother operation of Insurtech companies, and so on, our current legal system’s approach to commercial transactions is not as well equipped to handle such revolutionary developments in the sector. One of the reasons for this could be the need for updating the laws. As a result, the bad-loan recovery from the revamped insolvency-resolution mechanismstands at a mere 24.7% as of September 2021, and gross non-performing assetsat 14.69%.

The Central Governmentestablished the Narasimhan Committee I to review the progress of the implementation of banking sector reforms since 1992 to strengthen the financial institutions of India. The Narasimhan Committee IIrecommended certain changes in the legal system regarding these sectors such as the autonomy of the banks, reforms in the role of RBI, capital adequacy and tightening of provisioning norms, and so on. The suggestions made by the committee resulted in the creation of a new law, which was later put into practice as theSecuritization and Reconstruction of Financial Assets and Enforcement of Security Interest Act, 2002, and which took effect on June 21 of that year.

The Securitization and Reconstruction of Financial Assets and Enforcement of Securities Interest Act (SARFAESI Act), passed in 2002, inter-alia, permits Indian banks and other financial institutions to auction off commercial or residential properties to recoup loans. The gross NPAs ratio progressivelydecreased, going from 15.7% in 1996–1997 to 2.36% in 2010–2011. However, the number of non-performing assets saw anincrease afterward, and as of March 2015, it was at 4.62% of the banks’ gross advances asopposed to 2.36% as of March 2011. Over the past four years, NPA growth has outpaced advancement growth by a wide margin. Additionally,from 5.87% of gross advances in March 2014to 6.44% at the end of March 2015, the ratio of restructured standard assets to gross advances increased. As of March 2015, the total stressed assets (NPAs plus restructured assets)were 11.06% of gross advances. Under the provisions of this statute, the first asset reconstruction company (“ARC”) ARCIL, was founded.

I. Infra Financing- A deep dive

The official definitions of finance for infrastructure are not very clear. Typically, the government of each nation across the world releases a list of the industries that will receive infrastructure status. Infrastructure financingrefers to the funding of initiatives or businesses operating in certain industries.

However, this term focuses more on internal government processes. To give the infrastructure industry the promised tax cuts or subsidies, this definition is employed. On the other hand, there are several traits that all infrastructure-related industries around the world have in common. These qualities include some of the following.

First off, sectors given infrastructure classification are regarded as being crucial to the economy. This indicates that these industries fuel the rapid expansion and development of numerous other industries as well. For instance, businesses like roads and railroads facilitate a quicker flow of products and services across the nation. As a result, the nation’s manufacturers are better able tocompete internationally. Increased exports are the end effect. Other significant industries, including telecommunications and power, are also viewed as being crucial to the economy and as a result, have received infrastructure financing on a global scale.

Second, too many private sector players are prohibited from operating in these sectors because they are seen as strategic. Due to the lack of competitors, a monopolistic market is created. Investors are therefore typically particularly interested in possibilities to invest in infrastructure. But it’s also important to recognize that even while these markets could be monopolistic, they are nonetheless heavily controlled. Because there are few providers, the government sets the maximum pricing that can be charged.

Last but not least, reliable cash flows and low risk are features of infrastructure assets. These projects are typically constructed in regions with strong demand. As a result, either the government or customers are prepared to make long-term payments for a relatively consistent cash stream.

The sectors to which money is being lent are, in the end, what distinguish infrastructure funding. The definition of infrastructure financing often encompasses many loan kinds, including overdrafts, term loans, working capital loans, etc.

Economic: Infrastructure funding may be provided for simply financial objectives. For instance, a country can increase its overseas trade when a new port is established there. Public-private partnerships are typicallyused to fund these initiatives. This is due to the net positive worth of these projects.

As a result, both the government and the private sector can benefit from the value created. Instead of merely benefiting certain businesses or groups of people, economic infrastructure initiatives boost the region’s overall economy.

Social: Many institutions receive funds for infrastructure projects in support of social causes. For instance, numerous initiatives are carried out to give people access to clean water. Similar initiatives are made toserve a region’s residents with healthcare and educational services. These projects differ from others because they must be carried out even if their net present value is negative. Therefore, under other financing methods, these projects would not be included. The government nevertheless invests money in infrastructure projects even though there might not be any immediate benefits. These initiatives are primarily carried out by the government because they could have a negative net present value.

Commercial: Economic projects and commercial initiatives are identical. But these initiatives benefit a specific group of identifiable individuals. Projects like metro rail and toll highways fall under the category of commercial infrastructure. By charging those who use the services, they receive funding.

The fact is that finance for infrastructure spans a wide range of sectors. Since projects with a negative net present value (NPV) are frequently undertaken as well, the finance models employed here are also slightly different. An infrastructure project need not be funded through traditional banks. It may be funded through NBFCs and other financial institutions as well as recognized by the RBI.

II. Intersection between NBFCs and Infra-financing

Financial institutions that provide a range of banking services without a banking license are referred to as nonbank financial businesses (NBFCs), often known as nonbank financial institutions (NBFIs). Typically, the public’s readily accessible monies, including those in checking or savings accounts, cannot be accepted as demand deposits by these organizations. This restriction keeps them out of the purview of traditional federal and state financial regulatory scrutiny. “A Non-Banking Financial Company (NBFC) is a companyregistered under the Companies Act, 1956 engaged in the business of loans and advances, acquisition of shares/stocks/bonds/debentures/securities issued by Government or local authority or other marketable securities of a like nature, leasing, hire-purchase, insurance business, chit business but does not include any institution whose principal business is that of agriculture activity, industrial activity, purchase or sale of any goods (other than securities) or providing any services and sale/purchase/construction of an immovable property. A non-banking institution which is a company and has the principal business of receiving deposits under any scheme or arrangement in one lump sum or in installments by way of contributions or in any other manner is also a non-banking financial company.”

With the Indian economy’s growth becoming more impactful, it is more important than ever to understand how infrastructure funding works. Given the need to create infrastructure fast and the limited financial resources available from budgetary sources, the PPP framework will play a significant role as the government looks to embrace the public-private partnership structure in more areas. It has been noted that this structure is necessary to provide both a strong regulatory overlay and substantial credit to give investors comfort. The requirement for organizations with experience in project evaluation and structuring as well as the capacity to control credit risk and asset-liability term mismatch is highlighted by the introduction of a special category of NBFCS (NBFC-IFC) for infrastructure finance. IFCs may lend to:

One may anticipate that NBFCs would work in addition to banks to supply infrastructure financing. The ability of NBFCs to offer structured solutions and longer-term finance can also help projects reach financial close.

Recent legislative developments have made it possible for NBFCs to borrow money from external commercial lenders to access overseas financing for infrastructure projects. Long-term finances from overseas must be channelled through specialized infrastructure financing organizations, both through the ECB route and direct financing through funds.

While NBFC-IFC growth has slowed over the past two years, asset quality indicators have improved, and their solvency has also improved thanks to higher provision coverage. Leverage has decreased as a result of moderate growth and solid internal accruals, giving the businesses more room to grow in the medium run. The earnings profile has also been bolstered by improved systemic liquidity and the resulting reduction of borrowing costs. The sector’s outlook is therefore “Stable,” despite its difficult operating environment.

The growth potential is optimistic, with infra-loan penetration contributing significantly to the GDP,compared to 12.4% in 2015 and a 10-year average of 11.4%. The government of India hasset an investment goal of Rs. 111 lakh crores under the National Infrastructure Pipeline (NIP) till 2025, which will provide strong support for this expansion. Therefore, they will be able to participate as a partner in this developing growth narrative if NBFC-balance IFC’s sheet is stronger. The credit profile of these organizations must continue to improve, hence stressed assets must be promptly resolved.

While all of the above seem like viable sources of finance in the infrastructure financing sector, it is tantamount to understand the role of theSARFAESI Act, 2002 in reducing bank liability. In a notification dated February 24, 2020, the Ministry of Finance declared that NBFCs have assets of at least Rs. 100 crores are qualified under theSARFAESI Act to enact security interests on debts totalling at least Rs. 50 lacs. TheSARFAESI Act, 2002 applies to cooperative banks created in accordance with state legislation or multi-state level societies, according to the Supreme Court. However, the terms of this Act apply to NPAs, or overdue loans over Rs. 1 lakh. TheSARFAESI Act does not apply to:

It is evident that legally, we have succeeded in restoring the strength of our banking sector through enacting and amending various statutes. The only factor that could now change the game is institutions’ compliance with the aforementioned statutes and regulations as well as their efficient and effective operation.

Therefore, those financial institutions resorting to this Act to recover bad loans and NPAs, especially in the infra-financing sector, must consider the aforementioned inclusions and exceptions before issuing such loans. Along with this, the banks and financial institutions must also consider the banks’ credit policy and CIBIL scores of such borrowers before lending loans. The banks must under uberrima fides and having exercised due care collect collaterals for such loans and ensure compliance with all of the regulatory practices followed by such institutions in terms of lending to protect the banks’ interests as well as that of its depositors.